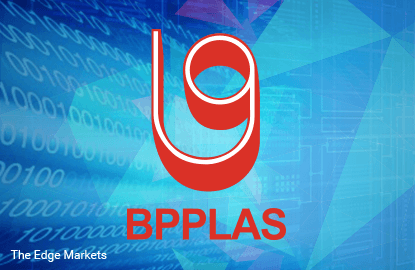 BP Plastics was last featured in ‘Stocks with Momentum’ back in October 9, 2015 and had risen by 31.4% ever since. The company is one of the leading producers of industrial plastic packaging bags and stretch film in the country.

For 3Q2015, revenue fell 5.6% y-y to RM202.4 million, hurt by weakened domestic demand following the implementation of GST. Net profit, however, grew by 76.0% to RM13.8 million, thanks to better product mix and higher process efficiencies.

The company pays dividend consistently. The dividend totalled 5 sen per share for 2015, giving a dividend yield of about 2.7%.

As at end-September, the company had net cash of RM42.0 million. 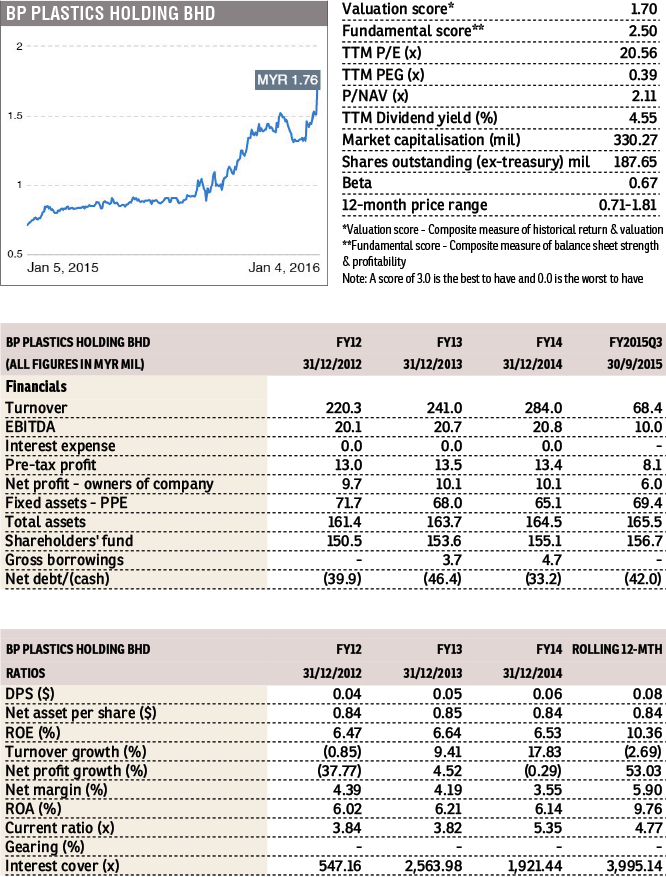