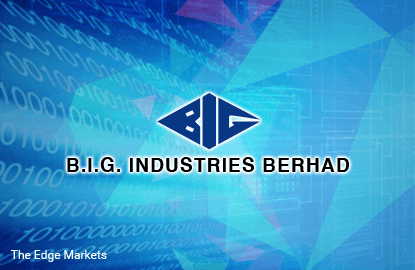 BIG (Fundamental: 0.2/3 Valuation: 0.9/3) was ‘Red Flagged’ by our system due to its weak fundamental score, suggesting that investors should exercise extra caution while trading.

BIG triggered our momentum algorithm for the first time yesterday, closing 0.9% higher at 58 sen. The rarely traded stock has surged 58.9% since last Friday in active trade, despite absence of fresh corporate developments.

Sarawak-based BIG is mainly involved in the manufacturing and trading of concrete products, and industrial gases. These divisions accounted for 41.3% and 37.4% of revenue in 2014, respectively. The company also has interests in property development and construction, mainly in Sabah and Sarawak.

BIG returned to the black in 2Q2015, following three consecutive quarters of losses. Net profit surged 244.7% y-y to RM2.0 million on the back of a 1.6% revenue growth to RM18.9 million. The improved performance was largely due to the company’s property division, which commands better margins. 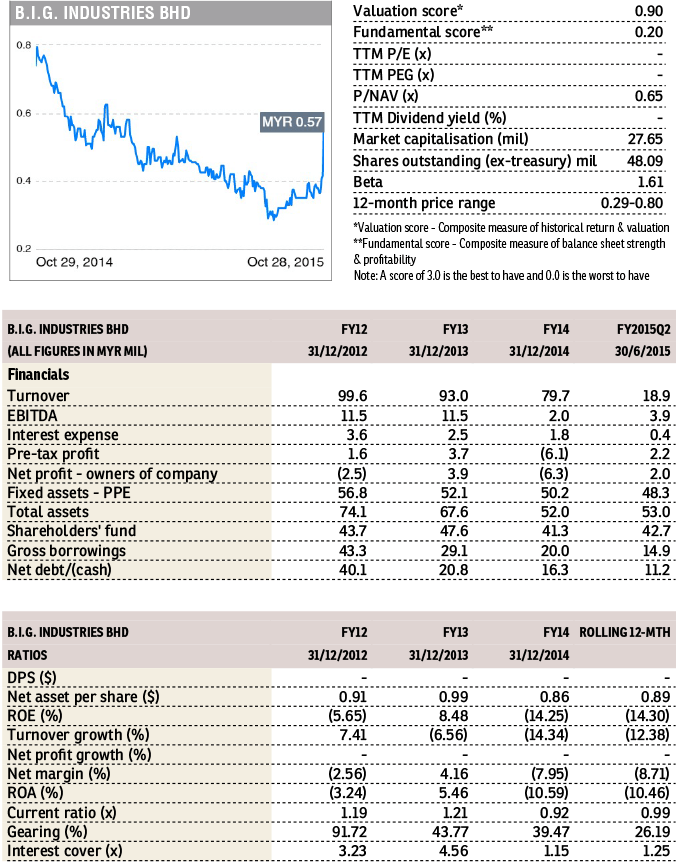