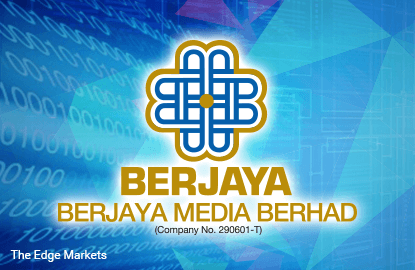 BJMedia is the publisher of theSun, Malaysia's first and only free daily English newspaper with an average circulation of 305,000 copies every weekday, to mainly Klang Valley, Penang and Johor Bahru, as well as in major cities and towns stretching across Peninsular Malaysia.

The company managed to return to the black in FY2014 with a net profit of RM4.1 million on improved advertising income. However, the turnaround was short lived. It recorded a net loss of RM31.2 million in FY15, due mainly to impairment of publishing rights of RM25 million and impairment of certain quoted investments of RM4.5 million. Excluding the impairment losses, normalised net loss was RM1.6 million. Revenue, meanwhile, fell 8.3% to RM53.8 million, hit by lower advertising income.

Of note, BMedia's book value of its publishing rights has fallen nearly 80% to RM23 million, from RM108 million in FY11.

The stock is currently trading at 1.5 times book. By comparison, Star Publications trades at 1.6 times book with trailing 12-month P/E of 14.6 times. 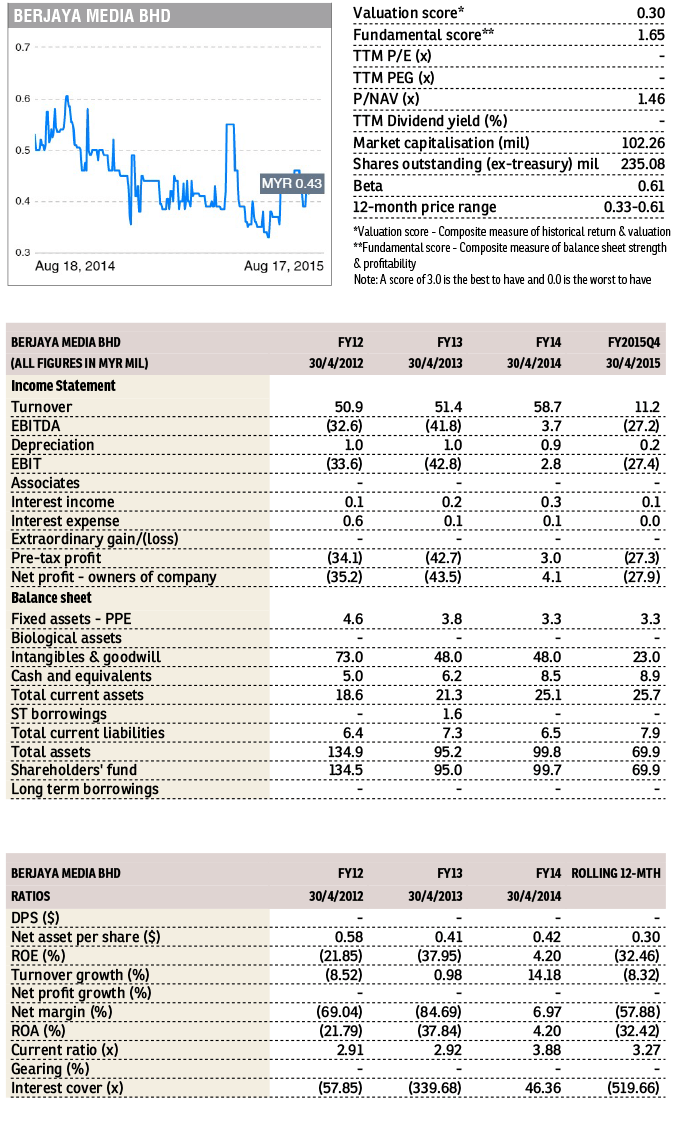