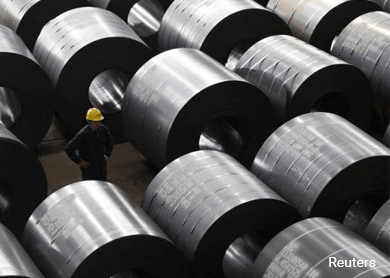 Yesterday, referencing data from Shanghai Steelhome Information Technology Co, Bloomberg reported that inventories of reinforcement bar in China, which makes half the world's steel, have shrank in 11 of the past 13 weeks, and were at four million tons in the period to June 3, while iron ore port reserves also moderated, falling 0.4% to 100.25 million tons.