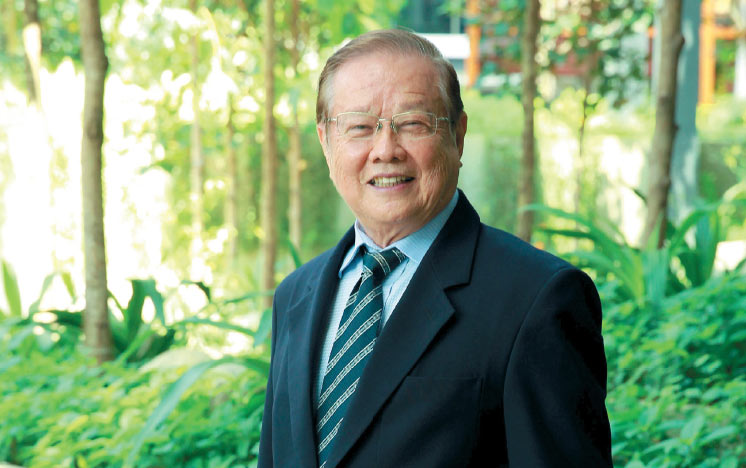 " We have been quite consistent due to our policy of not overbuilding and to build within our capabilities in terms of finance, manpower and resources. ” — Kong Mohd Shahrin Yahya/The Edge 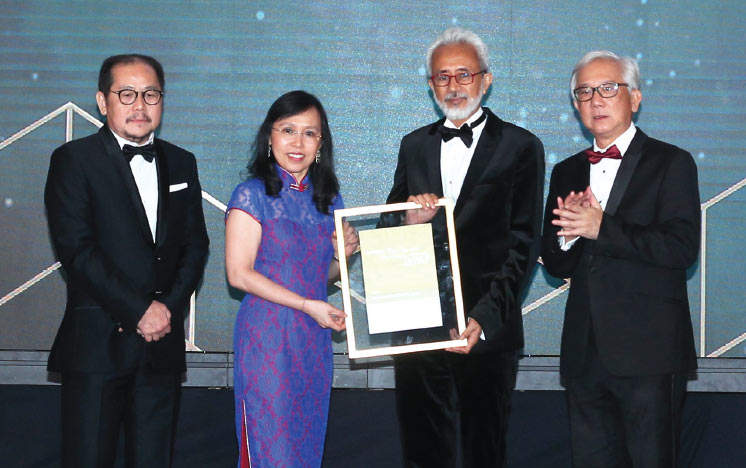 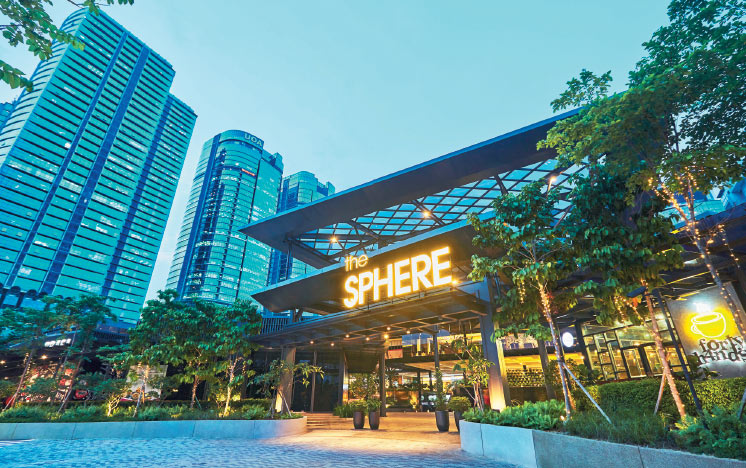 The Sphere provides many F&B outlets that cater to Bangsar South’s residents, office workers and visitors Pictures by UOA Development 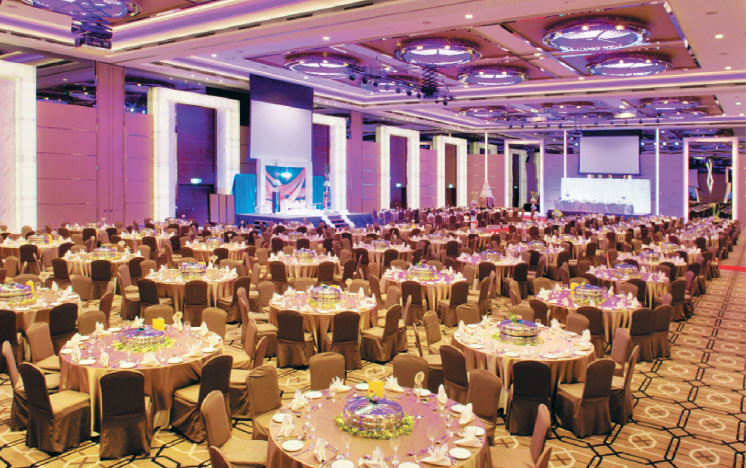 Connexion Conference and Event Centre in Bangsar South is giving good returns. As a result, the developer is planning to build another conference centre to cater to larger events. Pictures by UOA Development 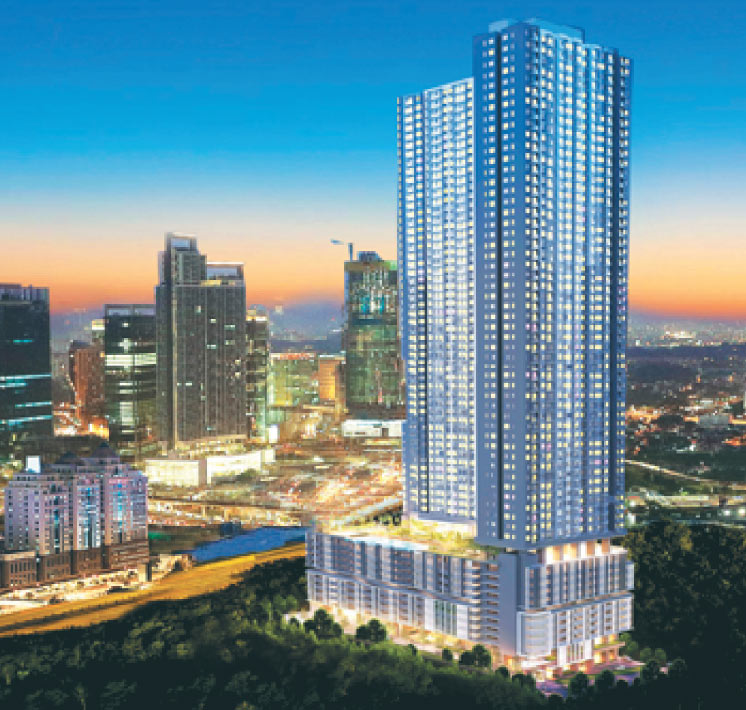 UOA Development Bhd’s consistent performance last year has not only secured the company a place in the top 10 of The Edge Malaysia Top Property Developers Awards but also garnered it the Best Quantitative award. With managing director C S Kong at the helm, UOA has focused on building what the market needs, while not overbuilding, to ensure its property buyers can profit from their purchase.

With this meticulous and conservative planning, it has carve out a niche for itself, especially in its flagship development, Bangsar South in Kuala Lumpur. This 60-area mixed-use development is attracting buying interest to its office towers, residences and commercial outlets, with about 50% of the land already developed.

Kong always looks at what the market needs before developing a project. This strategy has stood the company in good stead over the years, resulting in good take-up rates for its projects even when other developers were struggling to sell theirs. To date, numerous multinational corporations have set up offices in Bangsar South, such as Alibaba, Honeywell, S C Johnson, Mattel and Accenture.

How is Kong able to stay so grounded and bide his time when the typical inclination is to rush everything in the hope of hastening earnings? He reveals that his steady approach was born out of his sobering observation of how other businessmen went bankrupt because they tried to grow their businesses too quickly.

In the current soft market, it is to be expected that some of the company’s projects have slower-than-expected sales. But, overall group performance has remained good,due to the company’s diverse portfolio of products.

For FY2017 ended Dec 31, the group achieved a turnover of RM1.08 billion, an increase of 8.6% from a year earlier, due to the recognition of four projects that were completed. Profit attributable to shareholders, however, dropped 27.4% to

RM491.2 million from RM676.7 million, because of “the absence of fair-value adjustment on investment properties in the current financial year”, according to UOA’s annual report.

Kong explains how the company hopes to continue its steady growth trajectory.

City & Country: Describe UOA’s performance over the past 12 months.

C S Kong: We have been quite consistent due to our policy of not overbuilding and to build within our capabilities in terms of finance, manpower and resources. These are the main things we consider. There is no point doing something very big and having to recruit many people for it.

Over the last nine months, we [have been sticking to] this principle of doing business ... We [have been] able to maintain [our performance] and we should not be too far from last year’s results, despite the slow economy. I think that last year, we did RM1 billion in sales. This year, if there are no unforeseen circumstances, we should achieve the same.

Since GE14, has there been any impact or change to how business is done?

Because of our policy of not overdoing anything, we have not been affected at all. Actually, we have one product — South Link Lifestyle Apartments — which has been quite well received  — it is  almost all sold. So, you can see that the market favours projects that have a good future and a good rental market, and location plays an important part as well.

What have been some challenges in doing business so far?

Other than that, I think this year, there is still  a lot of undigested stock. For example, we have stock of RM1 billion, of which 60% is commercial and 40% residential. Our commercial portion [has been] rented out and is doing quite well. But for the residential side, we need to think about how we are going to sell it off.

What is needed to make the property market more vibrant again?

Malaysia needs to think about how to attract foreigners to come in to invest and build up the economy — for example, to create financial centres. This is very important. Look at Thailand — the country has converted itself into a big car industry and aviation hub.

Also, the government, in coming up with a policy, [must do] sufficient in-depth study. For example, “affordable homes” should really be affordable. Studies should be done of where affordable homes are being built, and is it attractive to people at a price of RM300,000? Some projects are very attractive because the land was sold very cheaply in a good location, so at RM300,000, a lot of people would queue for it. So you have to look at the trend  — who are the actual buyers of affordable homes?

I always cite Singapore. The land is owned by the government and there is a housing board. The cost is only for the construction. They look at the location and sell the units at affordable prices. At the same time there are facilities, which is an important consideration. Even if people can afford the house, but there are no facilities — no school, no transport — how can you expect people to go and stay there?

What Singapore has done is to develop a [self-contained] township. The land is owned by the government, and they build schools and places for food outlets so that people will want to live there. Food-wise, it is cheap. It is convenient to get [around] as there is public transport and the children can go to school. That is what I call affordable homes — with good infrastructure and amenities. People would love to own and buy such houses.

Bangsar South looks to be the focus of the group, although you have many other projects ongoing. Why is this the case?

It so happens that Bangsar South has 60 acres of land. We nurture it — we don’t want to overbuild, so we can enhance it as we go along. You can see that the residences started at RM200 psf when we first launched, now we see them appreciate to RM800 psf.

When we first started, we built so many units; as a result, the property value was not enhanced. In a way, Bangsar South is an experiment. There is no model to follow. Though we could study other projects, we feel that we need to do something we are proud of. And it is good branding to show what UOA can do.

It takes time to build something to be proud of and something  buyers appreciate. You can see the number of people who are residents here.

You ask me why we focus so much on Bangsar South. If we don’t focus, we will not be able to come up with something that people like.

Now we have another place near Bamboo Garden in Jalan Ipoh. We want to transfer there what we have learnt here, to make it similar to Bangsar South. So people will say, ‘Wow, you have done this’. I think the concept is there, and people will love it, and investments will come.

In the current market, you need something that people can follow and say that you are a responsible developer who is not doing it just for the money but is able to build a conducive environment.

What are the next products you will launch in Bangsar South?

For residential it will be Goodwood Residence, which will be launched early next year. It will be exciting because it is a mature location with a lot of amenities already. It is ideal for people who would like to live in a place that is convenient. Public transport and makan (eating) places are within walking distance. The land is next to Park Residence.

This will be a multi-generational development, so it will be friendly to the older generation. But we are not just building for the elderly because the facilities are for all generations. For example, the gym outside the condo is in a forest. Also, we will have a heated pool. The 40-storey development will have 678 units of 950 to 2,000 sq ft. The preview will be in the middle of November.

The commercial project is not confirmed yet, but it will be for medical services, for people who want their own medical building [so to speak]. We now have to go into something niche. In the past few years, things associated with medical [services] seem to be doing well, as we have an ageing population. That is the trend.

We are going to have a new hotel, which isn’t named yet, in Bangsar South. It will have small units, about 170 sq ft each. It should be operational by August next year. There will be more than 500 rooms in a 29-storey block. We will operate it.

We also have Komune, a co-working space in The Vertical building. It is also home to LEVEL UP Inc, a Malaysia Digital Economy Corporation incubator for top small and medium game start-ups.

What are your plans for your recently acquired 16-acre Cyberjaya site?

No specific plans at the moment, but we may consider a multi-generational and [elderly] care product.

What is your market outlook for next year?

With the right product, it is quite positive; with the wrong product, it is negative. We have proved it with South Link, where within six months almost all units were sold. You need components that people would love to have.

It will be more challenging this year because there is a lot of overbuilding, I feel. Developers have a lot of inventory. [Much depends] on the government to help the industry move forward.