The State of the Nation: Malaysia could soon see a rate hike 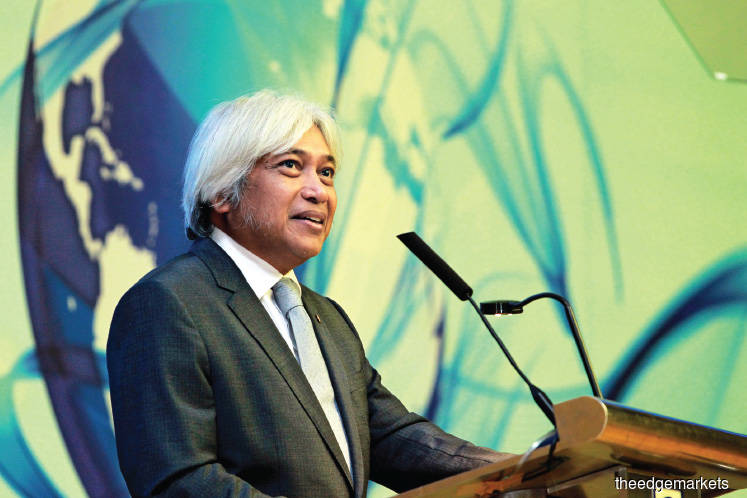 THE 6.2% year-on-year gross domestic product (GDP) growth for the third quarter of the year, which came as a pleasant surprise to many, seems to be setting a course for an interest rate hike next year.

“The favourable economic prospects give us greater flexibility to review the degree of monetary accommodation. It is a normalisation of interest rates, not a tightening,” said Bank Negara Malaysia governor Tan Sri Muhammad Ibrahim during a press conference on the 3Q2017 GDP last Friday.

He added that once the economic growth is entrenched, economic expectation is positive and inflation within expectations, it will provide the central bank with some flexibility to adjust the degree of monetary policy accommodativeness.

“But if you are looking from a position of strength — like Malaysia, where our economic growth is quite strong — [there is] more flexibility than when the economic growth is not strong. That gives us the added flexibility of looking at the monetary policy and how we should adjust to the normalisation of interest rates in the advanced economies,” he said.

To recap, the central bank had unexpectedly reduced the overnight policy rate by 25 basis points in July last year from 3.25%. Since then, the OPR has been kept at 3%.

In its last monetary policy statement on Nov 9, Bank Negara Malaysia set the stage for possible rate hikes in the near term when it said, “Given the strength of the global and domestic macroeconomic conditions, the Monetary Policy Committee (MPC) may consider reviewing the current degree of monetary accommodation. This is to ensure the sustainability of the growth prospects of the Malaysian economy.”

However, the question is, when exactly that hike will happen and by how much.

Nomura Research expects Bank Negara to increase the OPR by 25 basis points as early as January 2018 when the MPC next meets. “We believe Bank Negara will view the strong 3Q GDP sprint — with the fastest pace of growth since 2Q2014 — as opening a window to normalise its accommodative monetary policy stance.”

Meanwhile, Socio-Economic Research Centre executive director Lee Heng Guie says rate hikes of 25 to 50 basis points to between 3.25% and 3.5% will be done at a measured pace next year.

Alan Tan, chief economist at Affin Hwang Investment Bank Bhd, believes a rate hike will likely take place in the middle rather than the early part of the year. He adds that there is still time for Bank Negara to evaluate the economic performance of the country and that there is no hurry to hike the OPR.

“I think the new person to chair the US Federal Reserve will likely continue to take the same stance as current chairperson Janet Yellen. The Fed is reducing its balance sheet at a manageable pace, the increase in interest rates is gradual, so there is no need to worry about the narrowing spread,” he explains.

With interest rate hikes looking more certain, the concern is whether a hike would be detrimental to those with loan commitments, given the high household debt situation in the country.

Muhammad believes that with both the growth in the labour market and increasing wages, there should not be an issue of repayment for households should a hike take place. He said the debt service ratio is at prudent levels of below 40%.

Nevertheless, inflation is likely to remain elevated this year because of rising global oil prices, which have been hovering at US$60 per barrel in recent times.

The governor added that inflation is expected to moderate next year. However, it will largely depend on future global oil prices, which are highly unpredictable.

One concern brought up by Bank Negara was the imbalance in the residential and commercial property markets, which could pose a risk to the wider economy. It revealed some statistics that showed a record-high number of unsold residential units —mostly priced above RM250,000 — as at 1Q2017. The central bank also revealed a shocking number — one in three offices will likely be vacant by 2021 due to oversupply while 140 new malls are expected to enter the market in key states by 2021.

“In terms of exposure to the financial institutions, it is at prudent levels. But if we are not careful, the oversupply will impact other sectors, like construction,” Muhammad warned.

The strong GDP growth in 3Q was led by growth in domestic demand, which expanded 6.6% compared with 5.7% in 2Q. This came on the back of stronger growth in private consumption and private investment of 7.2% and 7.9% respectively. Meanwhile, public sector spending also increased to 4.1% while net exports of goods and services inched up to 1.7%.

When asked if Malaysia’s growth has peaked, Muhammad said, “It (GDP) will go up and down — that’s always the economic cycle that you need to contend with. But as the budget has shown, the growth for 2018 will be 5% to 5.5%. It’s a very respectable growth rate.

“This year, the external sector has done better than expected, but it is not only for Malaysia. In fact, in my interaction with other [central bank] governors, we were surprised at the strength of the global recovery. So, enjoy it while it lasts.”