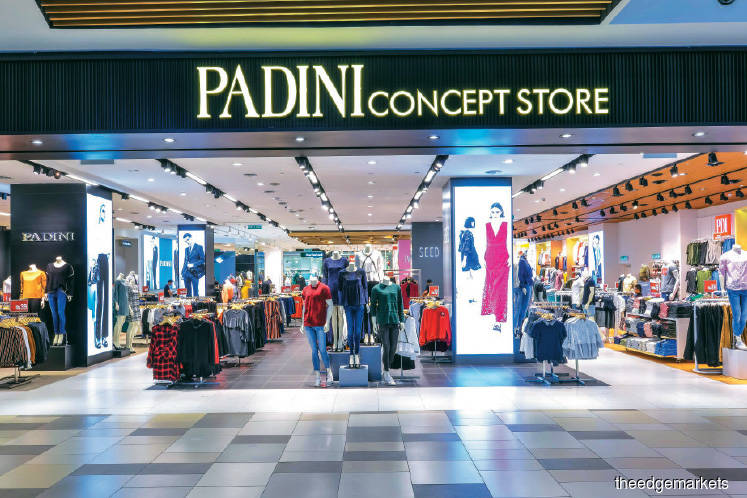 Padini Holdings Bhd
(Feb 28, RM3.85)
Upgrade to buy with a target price of RM5: Padini Holdings Bhd’s revenue for the first half of financial year 2019 (1HFY19) increased 4.6% to RM792 million attributed to positive growth from existing stores and with four new ones opened during the quarter. However, 1HFY19 net profit decreased by 13% year-on-year due to a poor performance in the first quarter of FY19 (1QFY19). Padini’s earnings before interest, taxes, depreciation and amortisation (Ebitda) margin eroded by 1.4 percentage points, which was attributable to higher staff costs, rentals and store operational costs. Overall, the 1H performance exceeded our expectations, particularly coming off the heels of a surprisingly low 1QFY19.

On a quarter-on-quarter basis, 2QFY19 revenue and core earnings increased by a substantial 40% and more than 100% respectively partly due to the Christmas holiday period and a five-day year-end sale as there were lesser festivities in 1QFY19. The higher profit growth can also be explained by efficiency in cost management. Recall that Padini recorded a surprisingly low net profit of RM18 million for 1QFY19. A third interim dividend per share (DPS) of 2.5 sen (2QFY18: 2.5 sen) was declared. We expect a full-year DPS of 11.5 sen, translating into a dividend yield of 3.3%.

We remain positive about Padini’s outlook as the company managed to shrug off its issues with rising costs, which resulted in a slump in its 1QFY19 profit. The 2QFY19 results demonstrated resilience and Padini’s ability to improve its profit margin despite cost pressure. On the risk side, its new store openings and cost to retain market share could exert pressure on margins. However, Padini has diversified brand names that appeal to customers, in our view. We expect more stable earnings for the upcoming quarters due to festive periods, that is Chinese New Year in 3QFY19 and Hari Raya in 4QFY19.

We make no changes to our earnings forecasts. Padini’s share price has fallen heavily since it reported weak results for 1QFY19 in November 2018. We believe that its current share price has more than fully reflected the lower earnings expected for FY19. — BIMB Securities Research, Feb 28