Special Report: Why is Malaysia lagging behind in the vaccination rollout? 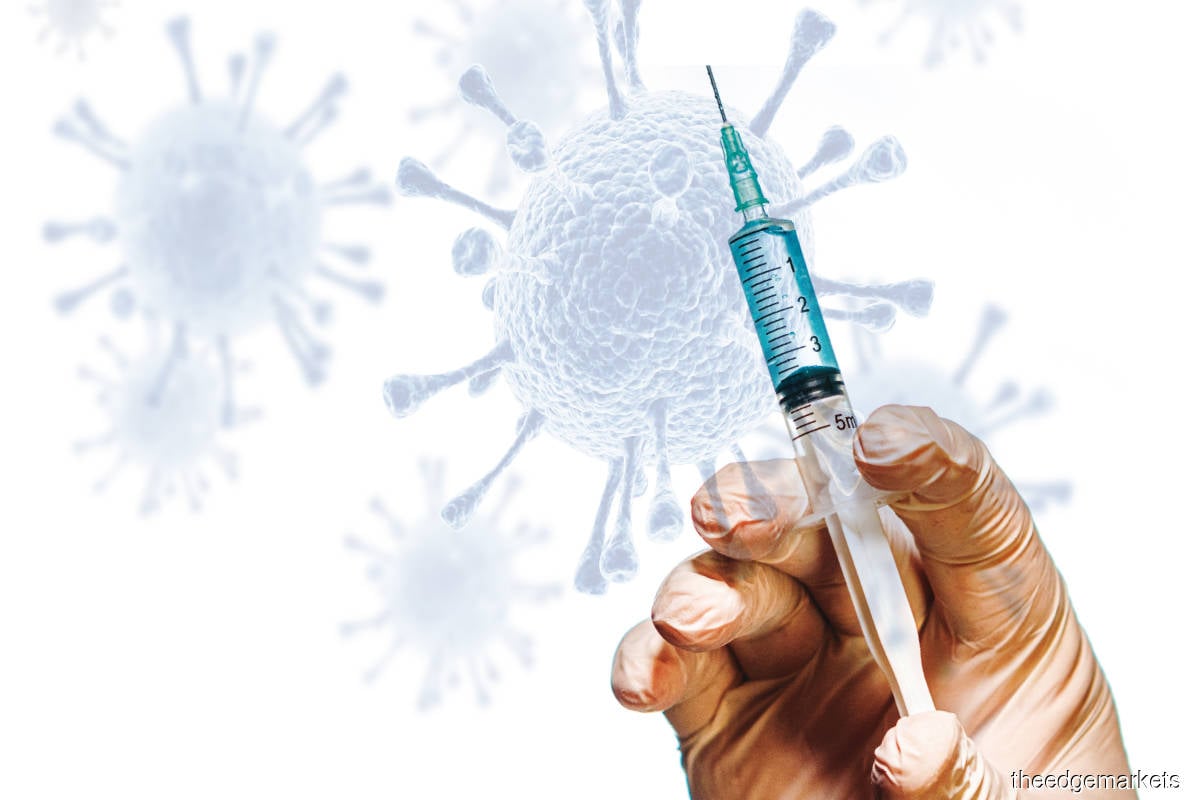 HAVE you registered for the Covid-19 vaccine? That is the question all Malaysians have been asked on a daily basis since the government launched the National Covid-19 Immunisation Programme on Feb 24. The multi-channel marketing blitz —which covers radio, TV, mainstream media as well as social media — aims to educate and encourage all Malaysians to sign up for vaccinations.

On the first day of the campaign itself, more than half-a-million people registered via the MySejahtera app. As at April 19, 9.05 million Malaysians had registered. Very few, however, have received notifications of scheduled appointments.

According to Our World in Data, only 451,237 people had been fully vaccinated as at April 19, the majority of whom are frontliners. Another 275,174 people have received at least one dose, bringing the total to about 1.2 million doses administered. (The Pfizer vaccine requires two doses per person for full vaccination). That translates into little over 2% of total Malaysians that have received at least one dose.

It is frustrating, to say the least — the weeks of silence for the rest of the millions of concerned Malaysians, especially with the daily number of cases again on the rise. And particularly so when we continue to read news reports of rapid progress being made in other countries.

In neighbouring Singapore, more than 23% of the population have received at least one dose while the comparable figure in Indonesia is 4%. The percentage is much higher in the US (40%), UK (49%), Canada (25%) and the European Union (19%) while the average in Asia stands at about 3.6% (see Chart 1). The slow rollout in Malaysia is emerging as a hot topic for debate. Why is the country lagging behind so badly when speed is so crucial for the economy to reopen safely?

Malaysia has, thus far, received delivery of some 1.56 million doses of vaccines, which means the utilisation rate (shots in the arm) is about 75%. This is more or less in line with that in the US, Europe and Canada, which are among major countries that have progressed the furthest in terms of vaccination rollout. In other words, the problem lies not in the logistics, storage, distribution or administration of the vaccine itself; it is about the non-availability of vaccines in the country.

Therefore, the root cause must be the foot-dragging in the signing of procurement agreements with vaccine manufacturers last year, while we waited for complete analysis and concrete evidence of safety and efficacy for each potential vaccine.

“Malaysia needs to review the phase three clinical trial data before making any commitment on Covid-19 vaccine procurement,” Health Director-General Tan Sri Dr Noor Hisham Abdullah was quoted as saying in a media conference in November. This was in response to Pfizer reporting that its vaccine had an efficacy rate exceeding 90%, based on the first interim efficacy analysis conducted by an external and independent Data Monitoring Committee from the phase three clinical study.

As we now realise, there is a heavy cost to this inaction. We ended up far behind the queue for vaccine delivery. A case in point — our first deal with Pfizer for 12.8 million doses was inked only on Nov 27. And even then, there were detractors casting doubt on its safety and efficacy, questioning if vaccines were the answer to ending the pandemic.

Tengku Razaleigh Hamzah called for the government to reconsider or review the Pfizer deal; “I am not saying Pfizer would not be doing its best on safety. But, how can they or anyone guarantee safety using such new technology and on such a rush job? While I have full confidence in our healthcare frontliners, does our country have the high-level expertise on vaccine R&D to be able to analyse the data properly from the short periods of clinical trials?”

By comparison, the UK and the US signed their first agreements with Oxford-AstraZeneca way back in May 2020, followed by deals with Novavax, Pfizer, Sanofi-GSK, J&J and Moderna between June and August 2020. Israel, where nearly 62% of the population has received at least one vaccine dose, secured the first agreement with Moderna in June 2020 (see Table 1). Meanwhile, Japan inked its first agreement with Pfizer in July and by end-September, all of the abovementioned countries, including those in the European Union, Canada, Australia, Vietnam, Brazil, Kazakhstan, India, Nepal and Saudi Arabia, had agreements with multiple vaccine manufacturers in place.

All these commitments were made well before any vaccine was approved for use, to ensure the earliest possible deliveries, given the expected limited manufacturing capacity and overwhelming demand. What foresight!

Could Malaysia have done better, and acted earlier? Were we overly cautious in waiting to secure potential vaccines and then in approving them for use?

For instance, even after regulators in the UK, the US, Canada, Switzerland, EU and Singapore as well as Covax approved of the Pfizer vaccine in December, our National Pharmaceutical Regulatory Agency (NPRA) was initially said to need 90 to 120 days to decide on whether to approve of the vaccine. Ultimately, conditional approval was given in January 2021, coincidentally or not, after a public outcry at the perceived delay.

In March, two other vaccines — manufactured by Oxford-AstraZeneca and Sinovac — received limited NPRA approvals. No vaccine can be administered in the country without NPRA approval. Bottlenecks at NPRA have also stymied various proposals by state governments and the private sector to procure vaccines via alternative routes. What was the cost of all these delays in procurement? Malaysia suffered a sharp rise in cases in January 2021, which resulted in renewed stringent lockdowns in several states. The number of cases peaked in early February, but has been rising again in the past two weeks.

This is a worrying trend, particularly in the context of slow vaccinations, raising the spectre of yet another lockdown. The economic and social cost of this start-stop of economic activities is massive. Based on current registration numbers, demand for vaccines will outstrip supply until June — and even then, we are still far from achieving the level required for herd immunity (see Chart 2).

Critically, we must learn from past mistakes. Although there is still much that we do not yet know, Pfizer, BioNTech and Moderna are all saying that a third dose (vaccine booster) will probably be needed within 12 months of completing the first two doses. Malaysia must start looking into securing these additional vaccines today and move ahead of others in procuring what will likely be necessary.

The entire process of research and development on potential vaccines to successful vaccines (with high efficacy and safety levels) transpired in record time. We witnessed unprecedented cooperation on a global scale. It truly was a high point for humanity. Unfortunately, events over the last few months have exposed a far uglier side to the global race for vaccines — vaccine nationalism.

Rich, developed countries are acting in pure self-interest, locking up the bulk of vaccines available to inoculate all of their citizens first, including low-risk groups, even though there are far more vulnerable people in desperate need of it.

The gaping divide between the rich and poor has never been starker. The World Health Organization (WHO) pointed to statistics showing that one in four people in the developed world have received at least one dose of vaccine, compared with one in 500 for low-income nations. The director-general of WHO called this a “moral outrage”.

History will judge the self-serving actions of these nations and their leaders. But it should be a wake-up call to the rest of the world, especially idealists who see Western democracies as the moral police of the world. The US, which has always taken the moral high ground in its justification for global leadership, has made it abundantly clear that it is all about “America First”. It has invoked the Defense Production Act to preserve vaccine raw materials for domestic production — hampering global efforts to ramp up production — and has all but ensured that vaccines produced in the country stay in the country (see Chart 3). The same goes for the UK.

While the EU has exported about 43% of vaccines manufactured in the bloc thus far, it too has begun to limit deliveries abroad, officially or unofficially. Italy blocked a shipment of 250,000 doses of Oxford-AstraZeneca vaccines to Australia in early March and the EU has reportedly indicated to the company that further applications for exports would be rejected. India too has suspended large exports of Oxford-AstraZeneca vaccines produced domestically as cases in the country spike to record levels.

The vaccine vacuum is being filled by China and, to a lesser extent, Russia. China, in particular, has been crucial in supplying much-needed vaccines to the developing world, including through donations. It has been able to do so thanks to successful containment of the Covid-19 outbreak within the country, so much so that large vaccine exports have generated little domestic backlash.

Western-based media, unsurprisingly, has mostly taken the cynical and, quite frankly, hypocritical view in calling the supply “vaccine diplomacy” — made with the ulterior motive to gain influence and soft political sway in low-to-mid income countries. This may well be true, but how is it different from what the US and its allies are doing in their selfish pursuit of self-preservation and protectionism? In fact, the biggest and richest countries have locked in more doses than required to inoculate their entire populations several times over (see Chart 4). For sure, some redundancy is justified given uncertainties on vaccine efficacy and safety in the early days. But clearly, many are quite simply hoarding. It is as morally unconscionable as it is dangerous, with much of the world still unvaccinated even as the virus continues to mutate.