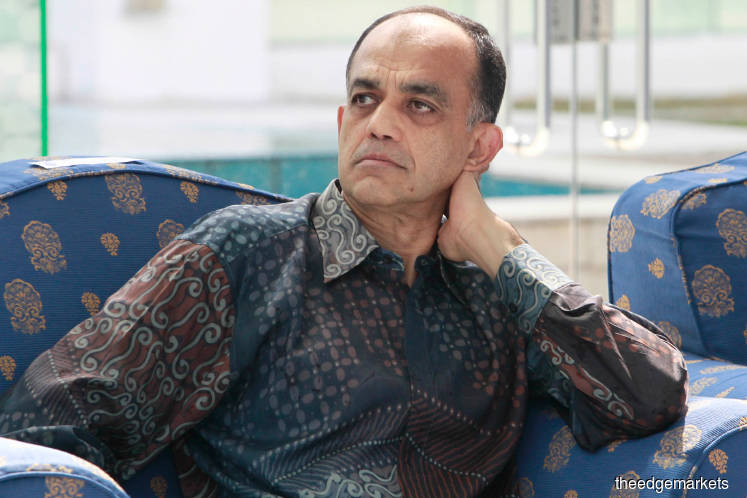 Looking at it from both sides, he says, “From the viewpoint of the media organisation, having a certain amount of independence lends credibility to it. So it’s good not only for the media but also the government.

“Mainstream media is still the most effective channel to get to the general public. And if people don’t trust the media, then you’re going to find it very difficult to get your message out. And if the government cannot credibly get its message out, then it will lose the perception battle.”

Speaking from experience, he recalls the public perception prior to the 14th general election that mainstream media was controlled by the government.

“I don’t know to what extent that is true but I do know the perception was widely accepted. Because of that, the effectiveness of mainstream media was blunted.

“I think from the government’s viewpoint, if people don’t trust the mass media, it makes it a lot harder to convince people that the country is on the right track.”

Umno’s remaining 7.96% equity interest in Media Prima — held by Altima Inc — was also disposed of as filings with Bursa Malaysia show that Altima was no longer a substantial shareholder as of Sept 19 last year.

Kamal maintains that the billionaire does not interfere with the company and keeps his distance. “It has been a very smooth transition. I see benefits for the enlarged group under Syed Mokhtar. Being plugged into a bigger ecosystem does have its plus points.”

The Edge Financial Daily reported last week that the privatisation of Media Prima is one of the options being considered by Syed Mokhtar. “Talk of privatisation has been around since December last year but it was never finalised. The plan has been put on hold pending the right time,” a source familiar with the matter told The Edge Financial Daily.

Kamal disavows any knowledge of a privatisation. “I am not aware of any privatisation proposal. As far as I know, this is speculative in nature.”

Media Prima’s stock continues to tumble and closed at an historic low of 14 sen last Friday.

Syed Mokhtar, whose net worth is estimated at US$1.3 billion, has an array of assets across different industries. Media assets in his stable include MyTV — a broadcast service provider that was selected in 2014 to spearhead the national digital terrestrial television rollout — and Utusan Melayu (M) Bhd, which he acquired last year. Syed Mokhtar also owns TMR Media Sdn Bhd, the publisher of The Malaysian Reserve.

The dismal state of the media industry has prompted talk that the media-shy tycoon is looking to undertake a consolidation of his media assets, particularly the largest — Media Prima.

Kamal believes the media assets will be kept discreet and distinct for now. “I don’t know what the plans for the future are but at present, everything is being handled independently.”

In the light of the recent takeover of government by the Perikatan Nasional coalition, industry observers will be keeping a close watch on how Syed Mokhtar plans to leverage his assets, particularly those in media.