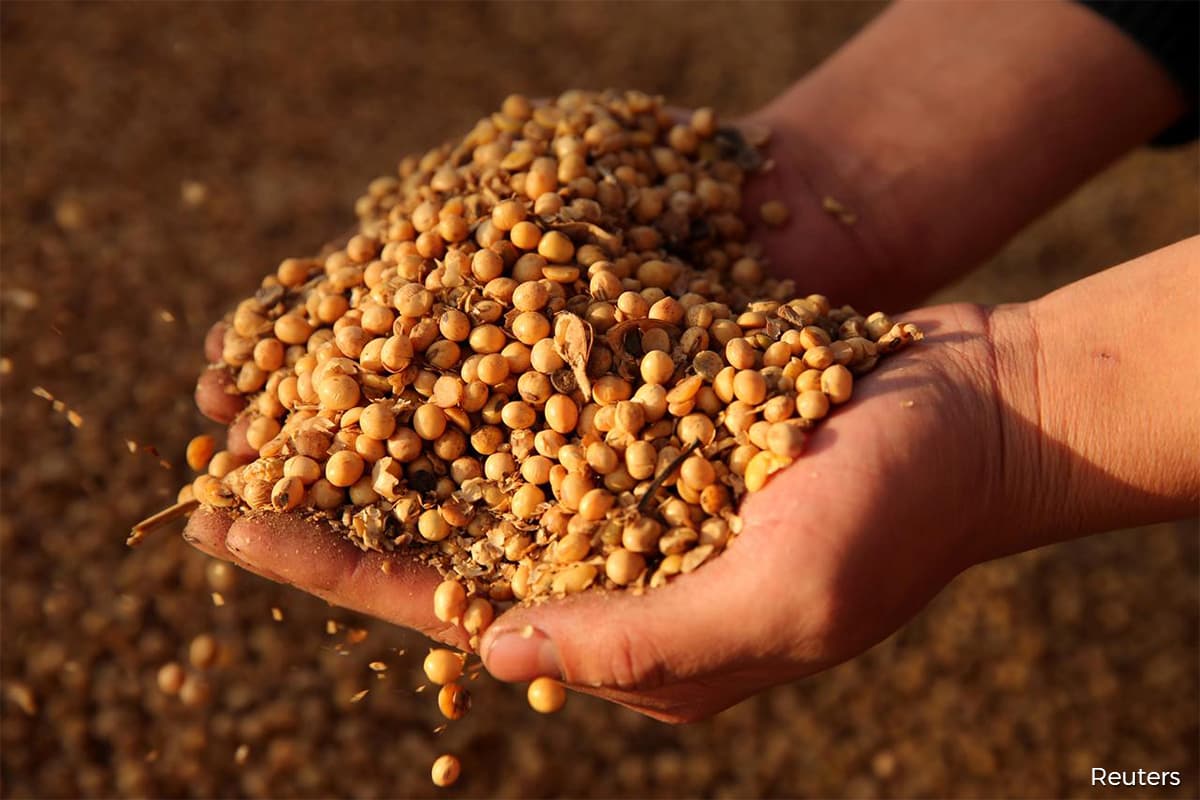 CHICAGO (Nov 12): U.S. soybean futures on Wednesday hit new four-year highs for the third consecutive day, while corn futures retreated after topping a one-year high on strong export demand and tighter supply estimates. Soybeans extended a rally after the U.S. Department of Agriculture on Tuesday issued a monthly crop report that said corn and soybean stockpiles this marketing year will fall to their smallest in seven years. "The most interest is on domestic ending stocks which dropped to minimal levels, especially on soybeans," said Karl Setzer, commodity risk analyst for AgriVisor. Chicago Board of Trade most-active soybeans ended up 6-1/2 cents at $11.52-1/2 a bushel. The contract earlier hit $11.62-1/4 a bushel, the highest since June 2016. New contract highs were made in all soybean futures contracts through November 2021. CBOT wheat fell 10-1/2 cents to $5.98 a bushel. Corn slipped 5-3/4 cents to $4.17-1/4 a bushel, after earlier reaching $4.28, its highest price since July 2019. New contract highs were reached in December, March and May corn futures contracts. The USDA on Tuesday forecast 2020/21 U.S. corn season-ending stocks at 1.702 billion bushels, against analyst forecasts of 2.033 billion. The agency estimated U.S. soybean ending stocks at 190 million bushels, against analyst forecasts of 235 million. The USDA report "finally bought U.S. stocks, particularly for soy, into the danger zone," Rabobank said in a note. South American weather needs to be favorable for crops in the coming months to generate large enough harvests to limit mounting pressure on U.S. stocks, Rabobank said. "When it comes to South America, all interest is on the dry conditions in southern Brazil and Argentina," Setzer said. "There is little doubt this will reduce the output from that region even if rains do develop.”