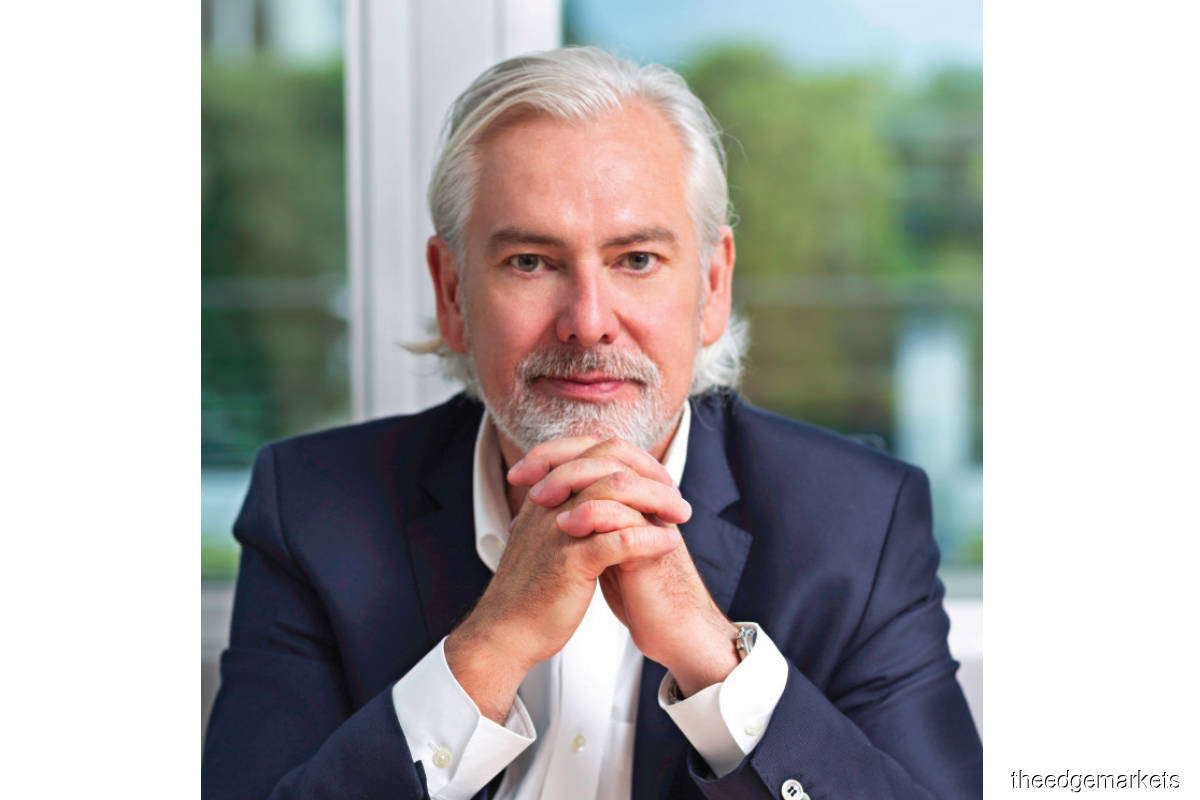 Olczak: Our ambition is that all those adults who would otherwise continue smoking cigarettes around the world switch to better alternatives based on science.

A smoke-free future is within reach in less than one generation in some countries, provided there is the right support from civil society and governments, incoming Philip Morris International Inc (PMI) CEO Jacek Olczak says.

For over a decade, US-based PMI, the world’s largest tobacco company, has been leading a transformation in the industry to move adult smokers away from cigarettes and other combustible tobacco products and switch to smoke-free, heated alternatives.

“We have a globally leading portfolio of both traditional and smoke-free tobacco products, an outstanding management team and are an agile, efficient and fast-learning organisation. We are perfectly equipped to continue to be successful in our vision to replace cigarettes with better alternatives, to the benefit of consumers, shareholders and society at large,” he says in an email response to questions from The Edge.

Nevertheless, Olczak is aware that the pace of change does not depend only on the group.

“Dialogue is key. Unless there is a constructive conversation among all parties on the evidence that supports this vision and on how to improve public health, things will not move at the same pace. And any delay would go to the detriment of smokers who would not benefit from innovation and science, and public health,” he says.

PMI launched its first heat-not-burn tobacco product called IQOS in November 2014. IQOS has an estimated total of 16.4 million users and was commercialised in more than 60 markets, including Malaysia, as at end-September 2020. “Importantly, over 70% of them (total IQOS users) have switched completely to IQOS and abandoned cigarettes,” states Olczak.

“We are making tremendous progress towards our goal of a smoke-free future. As of the third quarter (3Q) of 2020, smoke-free products [were] approaching one quarter or just over 23% of our total revenue. This reflects, among others, the continued strength of IQOS.”

The group’s next-generation e-vapour product called IQOS VEEV, which was launched in New Zealand in 3Q2020, will be rolled out in other markets this year.

“Our ambition is that all those adults who would otherwise continue smoking cigarettes around the world switch to better alternatives based on science. Malaysia is no different and important to PMI.

“Adult smokers who would otherwise continue to smoke deserve to know about, and have access to, better alternatives to cigarettes. Smoke-free products such as IQOS, while not risk-free, are a much better choice than continuing to smoke. We must get the facts straight to clear up any confusion for consumers and prevent them from going back to and using cigarettes, one of the most harmful forms of nicotine consumption.

“I am passionate in believing that the answer lies in conversation, addressing consumer misinformation and confusion, and having open and scientifically informed discussions that focus on the better choices for adults who would otherwise continue smoking,” he adds.

Olczak points out that one of the tobacco maker’s most successful markets is Japan, where the overall heated tobacco category continues to grow. The large majority of this growth is driven by IQOS, which makes up almost 26% of its total tobacco market.

New York-listed PMI, whose cigarette brands include Marlboro, Chesterfield and L&M, delivered stronger-than-anticipated results in 3Q2020 despite the challenges brought about by the Covid-19 pandemic, with adjusted diluted earnings per share growth of 5.6% to US$1.42. However, revenue was down 2.6% to US$7.45 billion (RM30.1 billion) during the quarter compared with US$7.64 billion in the previous corresponding period. It was reported that analysts were looking at an earnings per share of US$1.36 on revenue of US$7.28 billion for 3Q2020. It will release its full-year financial results for 2020 in February.

Olczak, currently PMI’s chief operating officer, will take over the helm as CEO in May. He will replace André Calantzopoulos, who will become executive chairman of the board.

Olczak says PMI’s leadership succession plan has been in place for several years. “After more than 27 years with the company, I am humbled to have the opportunity to lead PMI. A great deal of work and preparation has gone into ensuring that the transition is seamless and accelerates PMI’s progress toward a smoke-free future.”

PMI has not been left unscathed by the Covid-19 pandemic. Since the onset of the outbreak last year, Olczak says the group has undertaken a number of business continuity measures to mitigate potential disruption to its operations and route-to-market in order to preserve the availability of products to its customers and adult consumers, both in Malaysia and globally.

“The global pandemic has caused all businesses, including ours, to adapt to our changed realities and quickly come up with new ways of working to protect the health and safety of staff, minimise the disruption of daily operations, and gradually adjust to whatever the new normal will look like. When things settle, I hope we can make it our practice to question our usual ways of doing things with an open mind and an inventive spirit, similar to the one we have shown in these times of disruption,” he says.

In April last year, PMI reportedly said no employee would be laid off during the pandemic. To this, Olczak says: “Our company is resilient and strong, and that is a testament to our more than 70,000 employees worldwide. Thanks to our employees across the world, working in factories, in the field, offices, laboratories or remotely at home, our business continues to operate as normally as possible under these unprecedented circumstances.”

Meanwhile, Olczak says PMI appreciates the Malaysian government’s acknowledgement of the seriousness of the illicit trade in cigarettes based on the industry’s year-long efforts to secure support and commitment in combating the illegal trade. As at 3Q2020, illicit cigarettes made up 65% of total cigarette consumption in the country.

But while the regulatory and enforcement measures recently announced by the government in Budget 2021, especially the various controls on trans-shipments, will help curb the illicit trade in cigarettes, he says there needs to be strong enforcement of the new policies to ensure a reduction in the entry of illicit cigarettes in Malaysia.

“After the tumultuous year of 2020, I think it’s important to redefine our new normal way of working and focus our energy on what matters most. I look forward to continuing to work with our PMI team to deliver on the enormous opportunity of a smoke-free future, to the benefit of consumers and those who care about them, shareholders, and society at large,” says Olczak.