Corporate
From The Edge
Update

Singapore’s ARA on lookout to acquire assets in Malaysia 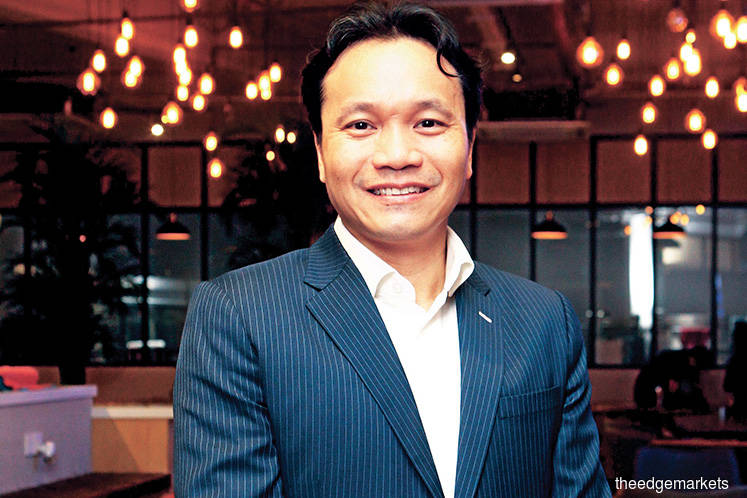 KUALA LUMPUR: Singapore-listed ARA Asset Management Ltd would consider acquiring retail, commercial and logistics properties in Malaysia, its chief executive officer for Malaysia Thomas Kong said, adding that these properties would have the potential to generate attractive and stable returns within a three- to five-year time frame.

This is in line with the fund manager’s plan to grow its global assets under management to S$100 billion (RM301 billion) from S$77.2 billion as at June 1, 2018. Today, ARA manages 11 real estate investment trusts (REITs) across four jurisdictions.

In December last year, The Edge Malaysia weekly reported, quoting sources, that ARA was planning to inject the five assets into a REIT and list it on Bursa Malaysia this year. Kong declined to comment on this matter.

“We are always on the lookout for suitable assets that are within our appetite. This includes potential acquisition of assets in Malaysia as we look to grow our global portfolio size,” Kong told The Edge Financial Daily in an interview.

He added that the company will be focusing on acquiring properties in Peninsular Malaysia for now.

Kong is unfazed by a slowdown in the local property market, saying ARA’s acquisition trail in the medium term is underpinned by the country’s positive economic conditions.

Asked whether there are still good assets to purchase in Malaysia, Kong said: “We do see there are some assets available. If the deal is too good to push away, we will definitely sign on to it.”

“For instance, there will always be a demand for logistics assets due to the strong potentials brought about by the e-commerce wave that has shifted the retail landscape,” he added.

In January, property consultant Savills (Malaysia) Sdn Bhd was reported as saying that the retail market will continue to remain challenging as 27 new malls are expected to enter the Greater Kuala Lumpur by 2021, bringing the total number of malls to 197 in the next three years from 170 currently and pushing the total retail space to 86.2 million sq ft from 62 million sq ft.

“If you look at various reports, it is a fact that there is a glut in the property sector. But for us, our retail assets are doing well,” he added.

Kong said tenancy rate at Citta Mall has risen to around 90% from 80.4% as at end-March.

“That in itself is a testament that we have been going against the property conditions,” he added, noting that all of ARA’s five properties have an average tenancy rate of around 90%.

Kong attributed the improved tenancy rate in the last five years to ARA pivoting the strategies to brand the five retail properties as neighbourhood malls, as well as providing co-working space at selected malls.

“We have to cope with the shift to the gig economy, and it is timely that we bring the relevancy into the mall,” he said, noting that the company has managed to attract FlyFirefly Sdn Bhd, which has around 300 employees, to set up its head office in Citta Mall.

He said ARA’s strong tenancy rate is also due to its focus on routine asset enhancement initiatives and the right tenant mix of food and beverage (F&B), clothing stores, hypermarkets, entertainment and speciality outlets.

As a rule of thumb, Kong said 15%-20% of space in a typical lifestyle mall would be dedicated to F&B outlets.

He added that the company normally locks in the tenants’ rental for three years, where the rates will depend on the location of the malls. “Generally, we see a positive rental rate revision.”

ARA Harmony III is part of the US$9 billion (RM37.35 billion) ARA Private Funds, which has completed more than 40 property acquisitions in 16 cities, featuring 6.7 million sq ft of office assets and 5.5 million sq ft of retail assets across Asia-Pacific countries.

Since its inception, Kong said the fund has generated a double-digit internal rate of returns, moving between early- and mid-teens.