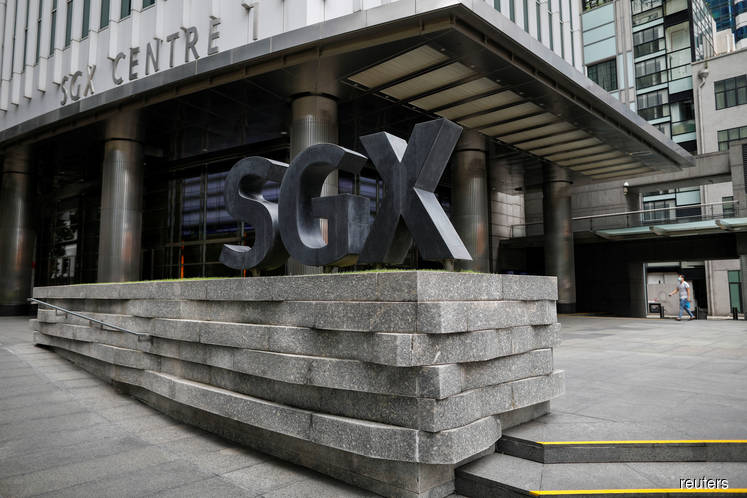 SINGAPORE (May 28): Singapore Exchange Ltd (SGX) faces a threat to its growth strategy after index provider MSCI decided to shift licensing of many derivatives to Hong Kong, jeopardising the status of what was just a month ago one of the best sector performers globally.

SGX shares fell 7% today, extending the previous day's 11.6% slump — the biggest in over 16 years — as analysts cut their earnings forecasts after MSCI's surprise announcement yesterday. The bourse will find it challenging to find a near-term fix for the potential loss in business, analysts said.

Rapid growth in derivatives products, led by equities, has buoyed SGX's business over the past few years. It raked in record revenues over the January-March quarter, powered by a 24% jump in equities derivatives revenue that accounted for more than a third of the bourse's total.

While SGX has said it will launch new access products and drive revenue in other asset classes, analysts caution new competition in its lucrative derivatives segment and weakness in initial public offerings in a pandemic-hit market will hurt its prospects.

"Apart from the direct impact, we think there could also be competitive risks from overlapping products," CIMB analyst Yi Sin Ngoh said, referring to Hong Kong Exchange and Clearing Ltd's (HKEX) move to launch Asia and emerging markets' derivatives contracts as part of a deal with MSCI Inc.

Loh Boon Chye, SGX's chief executive officer, told Reuters that both parties had agreed not to renew the MSCI derivatives licence, which ends in February 2021, and SGX was now looking to launch customised and structured products over the next year to help boost trading.

The stock performance of SGX for the year to early May was better than any major bourse globally, and well ahead of the broader market, Refinitiv data shows.

MSCI's contracts, which track gauges across Asian countries, with a big chunk tracking Taiwan, comprise 15% of SGX's equity derivatives volumes, and their loss could hit SGX's 12-month net profit by 10%-15%.

"This comes on top of the potential competition from HKEX on the China A-share futures contracts, which most market participants see as inevitable and represent the biggest portion of SGX's derivatives volumes," said Gabriel Sacks, Asian equities investment director, Aberdeen Standard Investments.

HKEX struck a deal with MSCI last year to launch Chinese A-share futures, pitting it against SGX's flagship FTSE China A50 contract. HKEX has not yet received regulatory nod for the deal.

However, SGX's Loh has sought to allay concerns, saying the bourse's multi-asset strategy, acquisition of an independent index provider Scientific Beta in its biggest deal ever, and its stake in a forex trading platform will support growth.

As SGX's revenue grows, the share of equities business to total revenue is likely to drop to the 60% range in three to five years from the current low 70s, Loh said.

SGX will only be able to make up for a fifth of lost volumes through the launch of similar new products by the end of June 2022, Credit Suisse analyst Rikin Shah said.

"SGX's positioning as the sole Asian exchange offering equity derivatives across APAC markets will be put to the test."