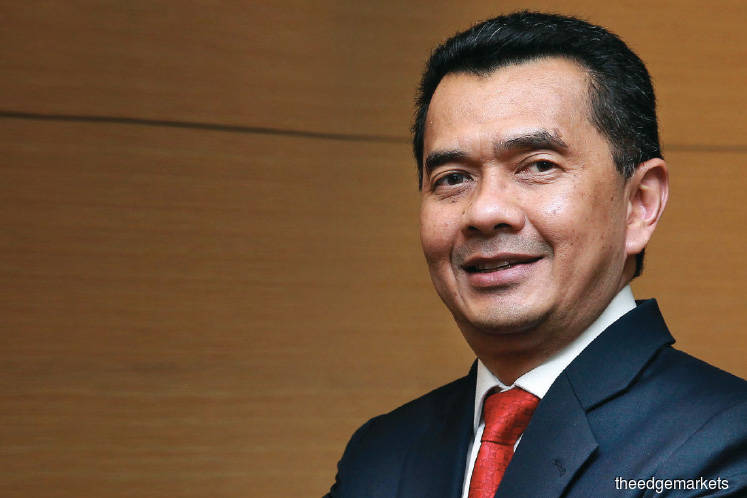 The top post at Boustead has been left vacant for three months now following the resignation of Tan Sri Che Lodin Wok Kamaruddin last year, amid a series of shuffling in the top managements of many government-linked companies and agencies.

Amrin, formerly the group MD of Media Prima Bhd from 2009 to 2017, came on board Sime Darby Property after the demerger of Sime Darby Bhd in 2017, which saw the listing of the group’s property and plantation divisions.

Prior to serving as the MD of Media Prima, he was CEO of Sistem Televisyen Malaysia Bhd. He also served as CEO of Natseven TV Sdn Bhd.

Sime Darby Property declined to comment on the matter when contacted, while Boustead has yet to respond to The Edge Financial Daily at the time of writing.

The changes were due to early mutual termination of Lodin’s service agreement with Boustead, the holding company for the three other entities, after he stepped down as CEO of the Armed Forces Fund Board (LTAT) in September last year and as deputy chairman at Affin Holdings Bhd, which is controlled by LTAT, on Oct 28.

Boustead suffered a net loss of RM469.2 million for the financial year ended Dec 31, 2018, compared to a net profit of RM436.2 million reported in the previous year.

This was mainly because of net losses it reported in the fourth quarter, with the group posting a RM455 million net loss due to provisions and impairments in its heavy industries division and plantation losses, while other divisions also reported lacklustre results.

Boustead has warned of another tough year in 2019.

In February this year, the group announced its plan to dispose of the Royale Chulan Bukit Bintang Hotel to Singapore-based Hotel Royal Ltd for RM197 million cash. On March 15, it inked a sale and purchase agreement to effect the sale.