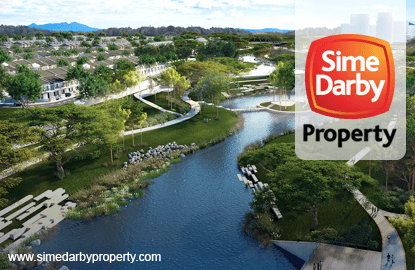 "Senada, which will be the first launch for Alya Kuala Lumpur, is located next to [Sime Darby Convention Centre]. It's going to be launched in the first week or mid-September, and we are very excited about it," he said.

He explained that the development will comprise four retail podium blocks, two residential towers with 429 units of serviced apartments and suites, and an office complex.

"We are also thinking about rebranding the convention centre to Alya Convention Centre," added Jauhari.

Jauhari was speaking to the media today at the launch of the rebranded TPC Kuala Lumpur, formerly known as Kuala Lumpur Golf and Country Club (KLGCC), after the golf course secured the licensing rights to join the PGA Tour's Tournament Players Club (TPC) network.

TPC Kuala Lumpur is the first golf facility in Southeast Asia to join the TPC network, and is also the first in the region to host an official PGA Tour event.

"We are delighted to have our newest licensed TPC located at the heart of Kuala Lumpur in Malaysia. TPC Kuala Lumpur is an excellent facility with world-class amenities and has distinguished itself as an outstanding host site for the CIMB Classic.

"We are also excited that TPC Kuala Lumpur potentially can serve as a catalyst for more TPCs to emerge in Asia with the rapidly growing number of Asian golfers," said Monahan.