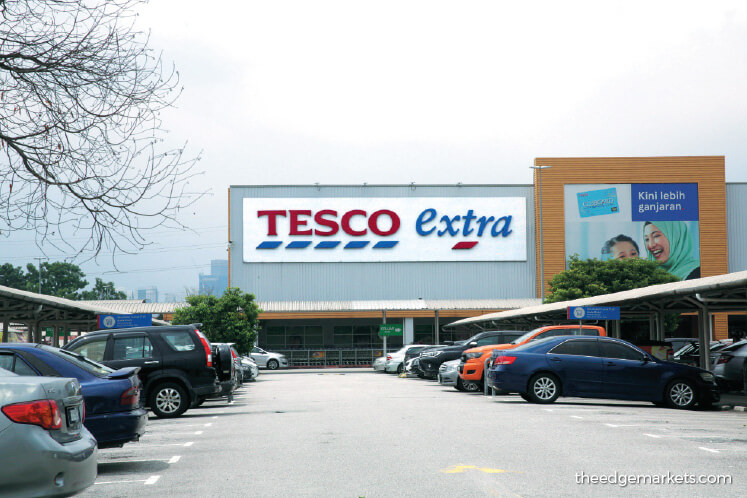 ‘Should it choose to pay out the disposal proceeds, it would be approximately 1.85 sen per share’. (The Edge file photo)

Sime Darby Bhd
(March 10, RM1.91)
Maintain buy with an unchanged fair value of RM2.64: Tesco plc announced that it had agreed to sell its entire shareholdings in Tesco Malaysia to entities under CP Group of Thailand at an enterprise value of US$700 million (RM2.96 billion) which includes US$600 million of net debt. The net cash proceeds are expected to be approximately US$100 million.

The disposal of its entire shareholdings in Tesco Malaysia is expected to be fully completed by the third quarter ending Nov 30, 2020 (3QFY21). Upon the completion of the deal, Tesco Malaysia will cease to be an associate company of Sime Darby.

Based on the terms of the disposal, the net cash proceeds from the sale are expected to be approximately US$100 million. With a 30% stake, this will translate into a gain of about US$30 million or RM126.9 million.

We believe that the group has several options on the utilisation of  thesales proceeds. These include: i) paring down borrowings; ii) keeping the cash proceeds; or iii) distributing it as special dividends to shareholders.

Based on our estimates, should the group choose to pay out the disposal proceeds as special dividends, it would be approximately 1.85 sen per share if there is no significant movement in the exchange rate. This would sum up to FY21 forecasted (FY21F) dividends of 12.1 sen (our projection for FY21F dividend is 10.3 sen), translating into a dividend yield of 6.3%.

On the other hand, if the group decides to pare down its borrowings, its net gearing ratio will be reduced slightly to 0.11 times from 0.12 times. Any interest savings moving forward will be marginal.

The group has previously guided that it will continue to be challenging to dispose of its logistics assets comprising four city ports in Weifang and Jining in China due to political reasons. It will continue to try to monetise its non-core assets, that is to say Sime Darby Lockton Insurance Brokers Sdn Bhd and its 11.6% stake in Eastern & Oriental Bhd. — AmInvestment Bank, March 10