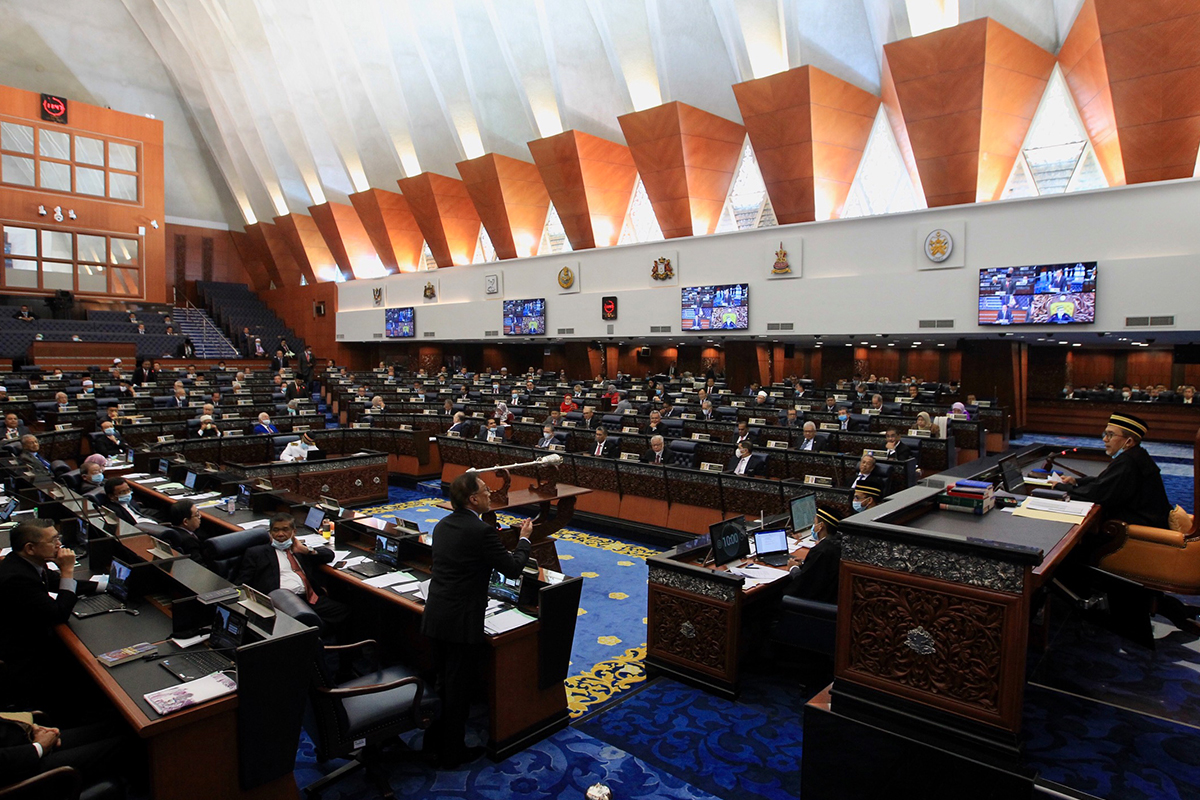 KUALA LUMPUR (Sept 21): A shouting match ensued at the Dewan Rakyat this morning when opposition lawmakers had queried Deputy Speaker Datuk Mohd Rashid Hasnon as well as Senior Minister and International Trade and Industry Minister Datuk Seri Mohamed Azmin Ali over the latter’s alleged decision to block a DAP MP from taking up the post of temporary deputy speaker of the house in the afternoon session of parliament yesterday.

During the minister question and answer session this morning, Kota Melaka MP Khoo Poay Tiong had raised the matter before Mohd Rashid and asked for clarification on reports that DAP’s Teluk Intan MP Nga Kor Ming had been blocked by a “senior minister” from getting the temporary appointment.

“According to a report, there’s a senior minister who blocked the Speaker of the House for inviting Teluk Intan as a speaker yesterday,” he asked.

Mohd Rashid did not answer the question and told Khoo to sit down. However, Puchong MP Gobind Singh Deo stood up — as it was his turn to ask the next question — and challenged Azmin to reveal who the senior minister who blocked this appointment was.

"Speaker, I challenge Gombak MP (Azmin) to answer if he is the senior minister. Stand up and answer the question now if you are brave,” he dared Azmin.

Azmin stood up to reply but it was inaudible as his mic was turned off by the House.

Gobind then said Azmin does not dare to answer before moving on with his question.

It was reported that Nga was invited by Speaker of the House Datuk Azhar Azizan Harun to preside over the afternoon session of Parliament; however, that move was allegedly called off by a senior minister at the last minute.

Nga served as one of two deputy speakers during Pakatan Harapan’s tenure in government.

Read also:
Speaker issue: I rescinded invitation on my own initiative, says Azhar