Shafee: We have copies of Joanna Yu's correspondence 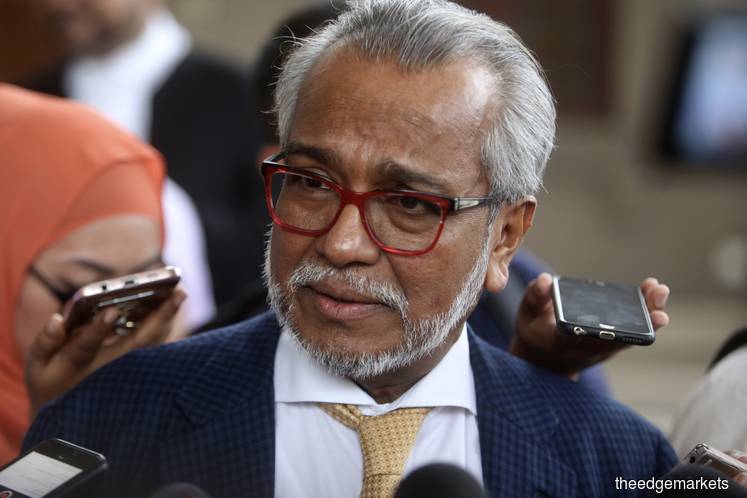 Speaking to reporters after wrapping up day five of Najib's SRC trial, Shafee said the witness could not locate the documents today but added that Ahmad Farhan should be able to produce the documents on Monday.

"I'm sure by Monday he will be able to get it. If he doesn't find it, we will find it for him. Because we have got copies, trust me," he said, when asked when the documents will be presented.

Asked whether the documents the defence has are admissible in court, Shafee became upset and shifted the conversation, questioning how some publications obtained the same documents, adding that journalists should be more ethical in their reporting.

"If these documents are supposed to be with the bank, why don't you ask how Wall Street Journal and Sarawak Report got it? Why don't you make a complaint about that?" he said to reporters.

Yu was one of the three AmBank staff who liaised with holders of the bank accounts relating to Najib and 1MDB as well as its former subsidiary SRC.

Today saw the calling in of three witnesses along with the confirmation of details of cheques issued by the former prime minister and SRC in 2014 and 2015.

AmBank cheque processing senior manager Badrul Hisam Mohamad confirmed 16 cheques worth a total of RM10.77 million issued by Najib in 2015 as well as a RM20 million cheque issued by SRC.

Both witnesses had conducted renovation and repair works at the former prime minister's residence at Jalan Langgak Duta.