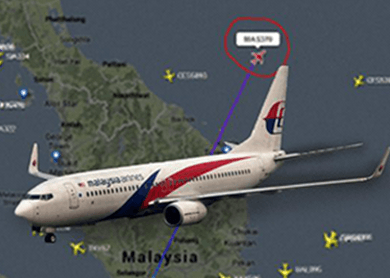 KUALA LUMPUR (Feb 27): Malaysia Airlines must honour its obligation under an international treaty to compensate the families of passengers aboard Flight MH370 which has been declared as lost in an accident, say lawyers.

They said Putrajaya's declaration on January 29 was an admission of liability and the airline had no defence, should suits be filed against it.

Press reports said the MAS management had offered to pay US$50,000 (RM180,000), which would be deducted from the final compensation.

According to the Montreal Convention – a multilateral treaty that governs international transportation of passengers and cargo – a maximum of US$175,000 can be offered in compensation by the airline.

There were 227 passengers and 12 crew members on board flight MH370. But flight crew are not covered under the convention.

Lawyer Shailender Bhar said under the treaty MAS could not raise any defence if there was a claim of up to US$175,000. The airline is entitled to contest suits if there are claims beyond that amount.

"But they have no defence since the Malaysian government declared MH370 aircraft as lost in an accident," he said.

He said the convention stated that compensation could be paid as a result of death or bodily injuries.

"The pre-condition is satisfied as all passengers are presumed dead since the aircraft was not recovered," he added.

Shailender said suits could be filed against MAS outside Malaysia, adding that there were reports about litigants who had done so in the United States.

He said any claims against MAS must be filed within two years of the date of the incident.

Lawyer Edmund Bon said Malaysia must quickly issue death certificates for the next of kin to make claims to the estate of the deceased.

"This document is important for legal purposes to show the passengers are deemed dead although the aircraft was not found," he added.

He said the next of kin need not go to court if MAS paid the compensation as outlined in the treaty.

"Parties need to prove their claims in court and protracted legal battles are unnecessary if compensation is paid in due course," he added.

Only one suit has been filed in the Kuala Lumpur High Court by the family of businessman Jee Jing Han. The judge has asked the parties to consider going for an amicable settlement.

Jee's two sons filed the negligence suit last October against MAS and four others over the disappearance of the aircraft.

Their children's mother, Ng Pearl Ming, 38, named the parties as defendants on behalf of her sons, aged 14 and 12.

In their statement of claim, the boys said their father, who was 41, had entered into an agreement with MAS for safe passage to Beijing when he paid the airfare.

They said MAS breached the agreement when the plane, which departed from Kuala Lumpur, failed to land safely in Beijing on March 8.

DCA director-general Datuk Azharuddin Abdul Rahman declared that the disappearance of Flight MH370 was an accident and that all 239 passengers and crew on board were deemed dead.

The Boeing-777 left the Kuala Lumpur International Airport at 12.41am on March 8 and disappeared from civilian radar about an hour later while over the South China Sea.

Of the total number of passengers, 152 were Chinese citizens, including a group of 19 artists with six family members and four staff returning from a calligraphy exhibition of their work in Kuala Lumpur.

Thirty-eight passengers were Malaysians while the rest were from 13 other countries.

The aircraft has yet to be found, even after an extensive search in the southern Indian Ocean where it was believed to have gone down after veering off course.