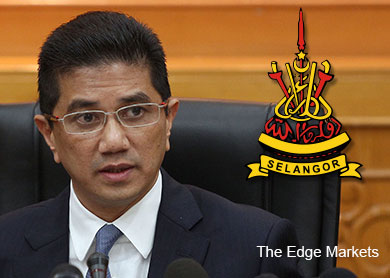 SHAH ALAM (Nov 24): The Pakatan Rakyat-led Selangor government today tabled the largest budget for the state at RM2.42 billion, with RM1.13 billion for development expenditure, the highest allocation since it took over the state.

Announcing the state's 2015 budget , Selangor Menteri Besar Azmin Ali said today that 46.81% of the budget amounting to RM1.13 billion would be allocated for development expenditure.

"Out of this, some RM277.3 million will be allocated for the state welfare programme (Merakyatkan Ekonomi Selangor), followed by RM106.6 million for social services including rural development, urbanisation and entrepreneurship," he said at the state assembly sitting.

"A total of RM1.29 billion or 53.19% of the budget will be allocated towards management expenditure," said Azmin Ali.