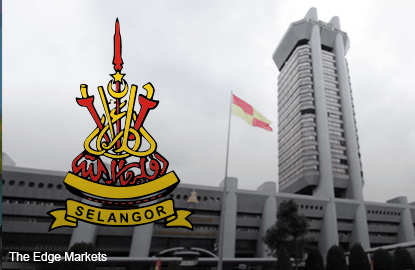 The green light for the project had been kept under wraps due to protests from various quarters, the StarMetro quoted Yaakob as saying.

“Various groups will protest every new development but if the project fulfils all the requirements, there is no problem approving it.

“In the case of DASH, only about 12% of those who would be affected are protesting, and their properties only make up 200m of the 20.4km stretch,” he said during the Yes-2-Dash Y2D family day in Cahaya SPK Clubhouse.

The highway’s approval had been a contentious issue between protest group Say No To DASH and Y2D.

Work on DASH is expected to begin in the middle of next year and it is estimated to be completed by 2019.

Based on traffic impact assessments carried out by highway concessionaire Prolintas Sdn Bhd, the majority of residents living in areas such as Puncak Alam, Saujana Utama and Cahaya SPK work in the Kuala Lumpur city centre and need an alternative route such as DASH, the StarMetro reported.

“The traffic jam begins as early as 6.30am on weekdays,” the report quoted Cahaya SPK resident Subbiah Muthusamy as saying.

“Currently, there is no other alternative route. If even a small accident takes place on the road, the entire stretch of Persiaran Mokhtar Dahari will be jammed for hours,” he said.

Alam Budiman Residents’ Association committee member Siti Haidah Md Zain said there were already 1,800 residents in the neighbourhood and the number was growing.

“The NKVE (New Klang Valley Expressway) is not enough to handle the number of cars. Seksyen U9 and U10 residents, especially, need DASH and we have been waiting for it for two years now,” she told StarMetro.

Say No To DASH comprises mostly residents from Mutiara Damansara and Damansara Perdana, who object on the grounds that the elevated highway was too close to their houses, leading to noise and dust pollution.

However, Kuala Selangor councillor and Y2D adviser Mohd Fakaruddin Ismail said Prolintas had drawn up solutions to overcome this.

“Prolintas is willing to include a sound tube in the revised design for DASH. This is an elevated tunnel on the stretches where it is close to residential units.

“It will act as a sound barrier to prevent noise and dust from affecting nearby residents,” he said. – The Malaysian Insider