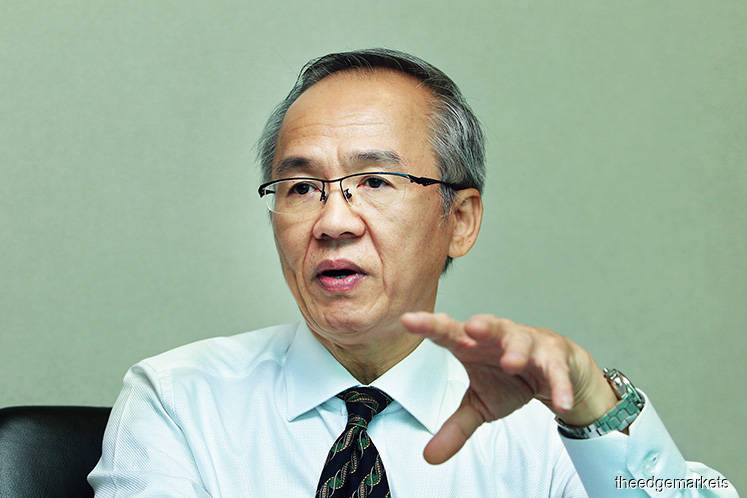 KUALA LUMPUR: Fresh from inking a preliminary deal with the local creator of a popular cartoon to adapt the TV show into a series of books, Sasbadi Holdings Bhd said it will be putting more focus on creating non-academic content for its biggest group of customers: Students.

“Most of the products we sell target students. However, students have many needs, for example they want to read fiction too. We also want to target books for adults such as for self-improvement and other hobbies. There are [basically] many other segments we can look into,” Sasbadi’s managing director Law King Hui told The Edge Financial Daily in an interview.

Law said the group’s plan to create more non-academic content for students is in line with its philosophy of promoting life-long learning.

Though the group already prints non-academic content via its unit Orbit Buku Sdn Bhd, he said there has not been much visibility for that area of Sasbadi’s business. And he intends to change that.

Last Wednesday, the group inked a memorandum of understanding with Animasia Studio Sdn Bhd, the creator of the award-winning animated TV show Chuck Chicken, which will allow Sasbadi to adapt the animation into books it intends to sell worldwide.

The popularity of the TV series is such that it has been licensed to major broadcast networks around the world, such as Disney Channel and Nickelodeon. It has also been featured on major satellite and provincial television networks in China, according to Sasbadi.

As Sasbadi also produces digital education solutions in-house, the group intends to include innovative technologies such as augmented reality (AR) in the Chuck Chicken line of books, as are typically found in many of the group’s other existing titles.

“We have mature technology that can be exported. So we are identifying partners who have good content and good branding in the local market, with good reach in terms of distribution, but lack the technological advantage. That’s where we can come in and collaborate. I believe this kind of collaboration will enable us to get access to good markets abroad,” said Law.

The development has been viewed positively by Hong Leong Investment Bank, which has a “buy” call on the stock, with a post-bonus issue adjusted target price of RM1.15.

“We continue to like Sasbadi due to its high growth potential [arising from i-Learn Ace and advance AR educational products], its innovativeness in creating products that cater to tech-savvy youth and unique education exposure which is closely linked to the country’s education system,” said Hong Leong Investment Bank in last Thursday’s note to clients.

With a target of achieving at least one M&A per year, it will be concluding its financial year 2017 ending Aug 31 productively, after having acquired children’s robotics technology provider Distinct Motion Sdn Bhd last October.

“M&A is still an effective strategy to grow our company. We have a lot of competitive advantages such as economies of scale, large network, experienced management staff,” Law said.

The group has also effected some changes to its management strategies internally to facilitate the non-academic sector growth.

“What we have done is to group all books across all subsidiaries that are non-academic. Books that are not related to academic or schools, we put them under the charge of one team. We do this to streamline distribution, to help unleash the potential of the non-academic books,” he said.

Law is positive that with better consolidation of Sasbadi’s products, together with extra marketing efforts, the group’s overall earnings would improve.

“Yes we have been impacted by the slower retail market. That was the main reason for us. Across the industry, I think everyone is experiencing a slowdown in sales,” said Law, citing higher cost of living as a possible factor.

“Another reason is that [our recent M&As] have yet to take its full effect. We acquired United Publishing House (M) Sdn Bhd (UPH) at the end of the last financial year and since then we had to spend quite a bit of time this financial year to do some consolidation to re-strategise and take a step back and look at all the assets we now have,” said Law.

“Now, together with better promotion — by doing more road shows and opening more retail outlets — we are seeing results. I believe these [efforts] will yield better results for us in the coming financial year,” said Law.

Its final quarter of FY17, however, will still see the impact of a weak market, though some segments should show improvements, he said.

“I see my multilevel-marketing (MLM) doing better by the quarter. So MLM-wise, 4Q will be better than 3Q. For 4Q, we may also see some benefits from our acquisitions,” he said.

“The next financial year will be better than this current one. I will ride more on MLM because next year we will have gained more members and they will have become more experienced, which will help with sales.”

FY18 looks set to be a much anticipated year for Sasbadi, as Law said the group will also be rolling out its robotic solutions learning centre and more technology-driven collaborations.