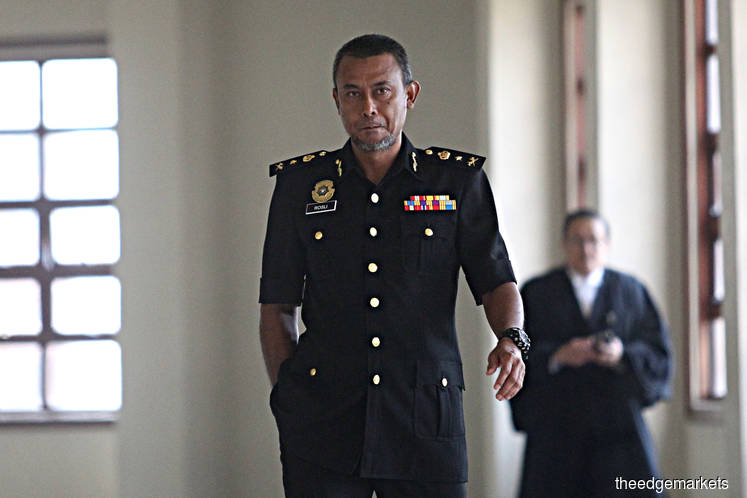 Rosli said the MACC started its investigation after a report was lodged, following the Sarawak Report article. Rosli was shown an article from The Wall Street Journal (WSJ) and he said it was not the WSJ report that resulted in the investigations.

"I have not seen or shown the WSJ report," he told defence lawyer Harvinderjit Singh during cross examination.

Rosli said he has not met Sarawak Report editor Clare Rewcastle-Brown or directed his officers to meet her, as he was pressured on the reason for the information being leaked to Sarawak Report.

When asked how the documents in the investigations were leaked to Sarawak Report, Rosli said he does not know as other agencies were also investigating the matter.

"I did not ask how the documents were leaked. If there is leakage from my investigations, then it would be very serious," he said in reiterating that the leakage was not from him.

Rosli said he did not investigate the leaks, but the police might have done so.

Rosli told the court today that after the Sarawak Report article was published, MACC officer Prem Raj had lodged the report with the MACC. That resulted in the commencement of the MACC's investigations at 11:30am on July 2, 2015, according to Rosli.

According to Rosli, he was only appointed as an IO of the case on July 6, 2015 by his director Datuk Bahri Md Zin. Rosli said he was not responsible in the initial raid on SRC by the MACC on July 3, 2015.

Today, Rosli recalled that he met Attorney General Tommy Thomas twice regarding the investigation paper on the case, before Najib was charged on July 4, 2018.

Rosli said today that MACC officers from Pahang, Johor, Sabah and Sarawak were called to help in the investigations. Rosli said he was only involved in the SRC investigations and not 1MDB.

Rosli said Bank Negara Malaysia and the police were also involved in the investigations on Najib.

Rosli said he recorded statements from 193 witnesses in the SRC case.

Sithambaram objected, saying the IO cannot be used by the defence to know which witnesses the MACC had recorded statements from.

Sithambaram said these witnesses will be offered by the prosecution to the defence and that asking the IO will not be relevant.

Lead defence counsel Tan Sri Muhammad Shafee Abdullah argued that the defence needs to know the nature of the investigations made.

"We have the right to know to amount (to) a fair trial," Muhammad Shafee said. He said when witnesses were cross-examined. They were each asked when their statements were recorded.

Mohd Nazlan allowed Harvinderjit to ask Rosli on when the witnesses had their statements recorded.

Harvinderjit then ran through the list of 55 witnesses called to testify at the trial and asked Rosli as to when their statements were recorded.

The question and answer session dragged the proceeding until noon, when the court was slated to adjourn.

Harvinderjit told Mohd Nazlan that he may need one and half days to cross-examine Rosli.

The judge then fixed Thursday (Aug 22) and Friday (Aug 23) to continue hearing the case.