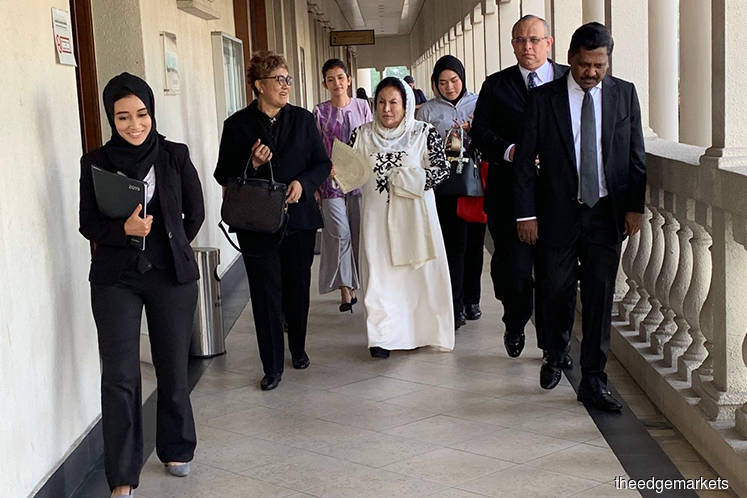 KUALA LUMPUR (May 10): The prosecution today amended the second solar project bribery charge faced by Datin Seri Rosmah Mansor, by changing the locality of the alleged crime from her Taman Duta residence to the official residence of the Prime Minister in Seri Perdana, Putrajaya.

Deputy public prosecutor Datuk Mohd Dusuki Mokhtar informed the Sessions Court Judge Azura Alwi that the prosecution would like to make the amendment to the charge sheet.

Rosmah, who was dressed in a white baju kurung with black floral pattern, pleaded not guilty to the amended charge when it was read out by the court interpreter this morning.

Meanwhile, Dusuki also informed the court that the prosecution had filed an application to transfer the case from the Sessions Court to the High Court.

"The application will be called for mention on May 28, and a hearing date is expected to be fixed on that day," he added.

Justice Azura then fixed the case for mention again on June 25, in order for the prosecution to update the court on the outcome of the transfer application.

According to the amended charge sheet, Rosmah, who is the wife of former prime minister Datuk Seri Najib Razak, was alleged to have received RM5 million from Saidi Abang Samsudin, 59, the managing director of Jepak Holdings Sdn Bhd through her former aide Datuk Rizal Mansor.

The charge, under Section 16(a)(A) of the MACC Act 2009, provides for a maximum jail term of 20 years and fine of not less than five times the amount of the gratification of RM10,000.00, whichever is higher, upon conviction.

On Nov 15 last year, Rosmah, 67, pleaded not guilty in the Sessions Court here to two counts of receiving bribes, totalling RM1.5 million, in the implementation of the project to supply and install solar energy at 369 rural schools in Sarawak two years ago.

On April 10, she was slapped with another charge for receiving a bribe involving RM5 million in connection with the same solar project.

The first solar project case was allowed to be transfered to the High Court on March 15.