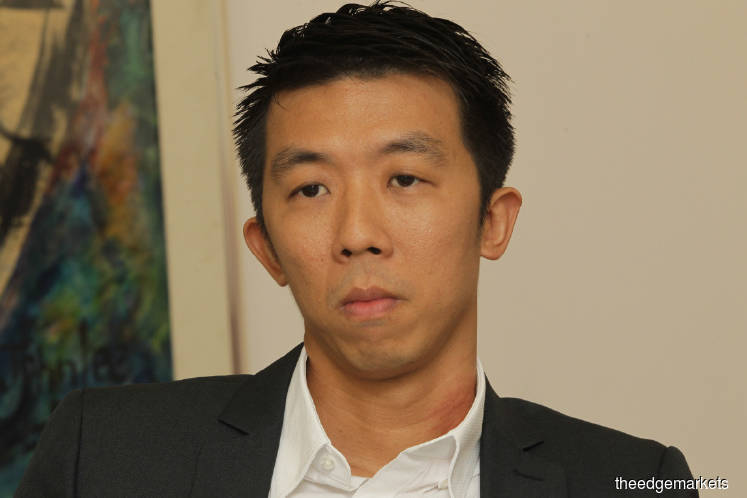 UTILITY construction and tower fabricator Rohas Tecnic Bhd plans to grow its recurring income business by acquiring more concessions in hydro power plants and water treatment plants in markets that it is already in such as Indonesia, Vietnam and Bangladesh.

According to Rohas Tecnic CEO Leong Wai Yuan, by growing the recurring income business, the group would be able to further diversify its income stream and depend less on the construction and fabrication businesses.

“It is our focus to grow the recurring income portfolio. We are looking at more mini hydro power plants as well as expanding our water treatment plant business. We will continue to be in Vietnam for that quite seriously,” he says in an interview with The Edge.

This year will see the first profit contribution from Rohas Tecnic’s recurring income business, at an estimated RM2 million, says Leong. Although this is a small figure compared with the company’s annual net profit, it nevertheless is a good indication of what’s to come for the group.

In 2016, Rohas Tecnic acquired a 49% stake in PT Century Abadi Perkasa, the owner and operator of the 7mw mini hydro power plant in Lawe Sikap, Aceh Darussalam, Indonesia. This was the first investment in an asset with recurring income made by Rohas Tecnic.

Then, in January 2019, it acquired a 40% stake in Phu My Vinh Construction and Investment Corp (PMV), the owner and operator of two water treatment plants in Long An Province, Vietnam, with a total combined water supply capacity of 55,000 cu m a day.

“We have been looking at a few in neighbouring countries ... but I think the timing is an issue at the moment [owing to the Covid-19

pandemic]. As in Vietnam, we continue to look at a few water treatment plants and also sewerage plants,” he adds.

Rohas Tecnic has been active in the utilities infrastructure space in the region. Of the RM570 million order book for engineering, procurement, construction and commissioning (EPCC), RM460 million are for contracts in neighbouring countries.

In February, the company announced that it had secured two contracts worth RM192 million from Power Grid Co of Bangladesh Ltd (PGCB) for the design, supply, installation, testing and commissioning of a cumulative 494kW of transmission lines.

In early May, the group announced another contract worth RM102 million from PGCB for the design, supply, installation, testing and commissioning of 400kW and 132kW transmission lines.

“A big chunk of our EPCC contracts are for transmission lines. For example, our subsidiary HG Power Transmission Sdn Bhd (HGPT) has been in Bangladesh for the past 20 years. They have done more than US$120 million (RM523 million) worth of jobs there.

“We are doing so well there because we know the conditions in Bangladesh and that allows HGPT to have good bids there. We are exploring a couple of markets at the moment, mainly those that we are already [in],” says Leong.

In Malaysia, Rohas Tecnic is busy with its RM249 million EPCC contracts for transmission lines for Tenaga Nasional Bhd.

Rohas Tecnic is touted to be one of the beneficiaries of the Sarawak government’s push for infrastructure development, especially for telecommunication towers. In the past, the company has had contracts for tower fabrication with Sarawak.

The Sarawak government’s plan for a massive utility infrastructure development has yet to materialise, however, to the dismay of construction companies, which are facing slowdowns in contract awards in the peninsula and Sabah.

Leong believes Sarawak continues to present a good opportunity for Rohas Tecnic. “Utility infrastructure development is a long-term plan. Sarawak has been taking time to make those plans, and it is just important for companies like us to stay close to them and execute the plans.

“There are quite significant contracts coming out of Sarawak. I am optimistic with Sarawak.” He adds that the company’s fabrication plants in Bentong, Pahang, are busy fulfilling its contracts for telecommunication towers for Sarawak.

Rohas Tecnic has the capacity to fabricate 42,000 tonnes of utility towers a year. Yet, its facilities are almost half-utilised, says Leong. The spare capacity allows it to tender for more EPCC contracts, which will come together with orders for towers.

So far, Rohas Tecnic has tendered for RM900 million worth of EPCC contracts, a major one being the Penang Island-Butterworth power transmission line with Muhibbah Engineering (M) Bhd worth about RM600 million.

Besides Rohas Tecnic-Muhibbah, other bidders for the contract included a joint venture between MMC Corp Bhd and Malaysian Resources Corp Bhd, as well as companies from China, India and Australia, according to research analysts.

Meanwhile, Rohas Tecnic is adding new applications to its tower fabricating business. CFO Shahrulanuar says the group is exploring other towers or designs, including a new tower design for the roll-out of 5G in the telecommunications sector.

“There is a new smart tower design that is specific to telcos, which is faster to roll out. Our core remains with power transmission ... but it’s those other steel structure products that we also want to do,” says Shahrulanuar.

So far this year, Rohas Tecnic’s share price has lost 36.4% of its value to 42 sen as at May 29, owing to economies’ shutting down globally as governments fight the Covid-19 pandemic.

In a report dated May 18, Hong Leong Investment Bank Research ascribes a target price of 51 sen to Rohas Tecnic, with a “buy” call. The research firm states that Rohas Tecnic is on a roll, having secured RM352.4 million in jobs so far this year.

“We like its recovery potential post-MCO (Movement Control Order), as commencement of its Bangladeshi projects provides for a steeper earnings recovery trajectory,” the research firm states.