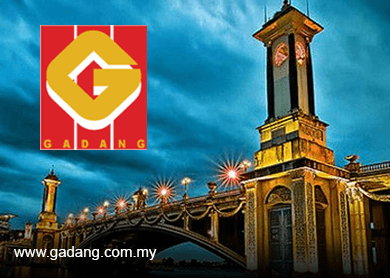 The better-than-expected revenue was attributed to higher revenue recognition in its property segment.

The above expectation of net profit was attributed to higher profit before tax (PBT) margin in the construction division coupled with stronger revenue in the property segment.

PBT margin for FY15 in the construction segment chalked up a y-o-y increase of 3.32% which translated into a better group net profit margin (up 2.04%).

Meanwhile, the construction segment made up 76.44% of revenue for FY15. Overall, the group recorded a 34.91% increase in FY15 net profit.

Construction continued to perform with the segmental PBT margin surging 6.36% y-o-y to 17.55% for 4QFY15, bringing the segmental PBT to RM23.05 million  compared with RM9.26 million a year ago, mainly attributable to the higher construction activities and higher-margin projects being recognised.

We expect the construction segment to continue to generate a strong earnings stream next year banking on the ongoing construction projects such as Rapid P1, Rapid P2 and the Klang Valley Mass Rapid Transit 1 V2.

However, with stronger revenue recognised in the property segment for FY15 (up 38% y-o-y) of RM120.5 million was more than enough to offset the lower PBT margin.

The higher revenue recognised was mainly due to higher development progress in projects and change in accounting estimates for revenue recognition treatment for capital city project (from state of completion to survey of work performed).

AUPL completed the acquisition in May 2015 from a minority shareholder for a total cash consideration of 1.5 billion rupiah or RM400,000.

As this particular concession has still yet to generate profit for the group therefore the positive impact will not be realised near term.

The group has proposed a first and net dividend of five sen per share in respect of  FY15 or equivalent to a dividend yield of 3.47%.

We revised our net earnings forecast with an increase of 30% for the group’s FY16 and FY17 given the higher margin achieved in FY15.

Meanwhile, we remain unchanged on our revenue forecast.

We reckon that the current share price is undervalued given its low forward price-earnings ratio (PER) of five times compared with its historical average PER of eight times.

Looking forward, we believe the group is able to maintain its growth trajectory backed by the ongoing construction projects and continuous sales activities generated by the flagship projects in the property segment. — JF Apex Securities Bhd, July 31