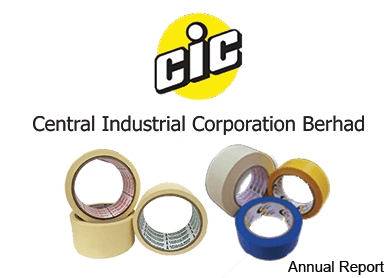 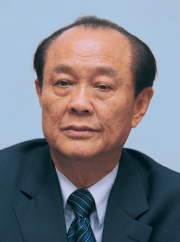 They are Tan Ban Aik, who has 3.7 million shares or close to 8% in CIC (fundamental: 1.80; valuation: 1.20), and Gan Lock [email protected] Choon Hur with 4.6 million shares or 10%. The two, with another individual Mokhtar Abdullah, who controls 6.4 million shares or a 14% stake, acquired the blocks of shares, totalling 31.9% of CIC, from Skim Amanah Saham Bumiputera, a unit of Permodalan Nasional Bhd, at 90 sen apiece via off-market trades on May 6. At that price, the stakes, amounting to 14.6 million shares, would have cost them RM13.1 million in total.

“We hear that all three are connected to Robert Tan in one way or another, but it is not clear if he will surface or remain in the shadows,” says a source.

However, The Edge could only establish ties between Tan, Gan and Ban Aik, as any ties with Mokhtar remain uncertain.

Channel checks reveal that Gan is an executive director of GPA Holdings Bhd, which is controlled by Tan, and has been with the company for the past 15 years. Before that, Gan had been with Jasa Kita Bhd — another counter linked to Tan — from 1983.

Gan also has a 5.6% stake in FCW Holdings Bhd and 4.7% in Computer Forms (M) Bhd, both of which are also controlled by Tan.

Ban Aik, meanwhile, has been linked to deals involving some of Tan’s companies.

In late March, a company controlled by Tan, Goh Ban Huat Bhd, had acquired 20.2% of Time Galerie (M) Sdn Bhd for RM14.2 million from several individuals. Among them was Gan, who was a director and had 20% equity interest in Time Galerie, and Ban Aik, who had 30% of the company.

Apart from Ban Aik and How Yoke Kam, four other shareholders and the two directors of Time Galerie are linked to Tan and have seats on the boards of many of his publicly traded companies.

Back in 2004, Ban Aik was listed as a 15% shareholder of Aspirasi Ratna Sdn Bhd, a company which property firm Nasaland Sdn Bhd bought from Malton Bhd. Malton is controlled by Tan Sri Desmond Lim Siew Choon, who is married to Puan Sri Cindy Tan Kewi Yoon, who is Tan’s sister.

However, he has since hived off PDZ and Malaysia Aica — now renamed Sunsuria Bhd — and market talk is that some of his other counters are also up for grabs.

Lim is known as the controlling shareholder of water player Taliworks Corp Bhd, in which he has a 55.4% stake.

Whether Lim and Tan are planning anything together remains to be seen.

Another substantial shareholder in CIC is BNP Paribas Wealth Management Singapore, which holds about 13% for a client.

Any plans Tan may have for CIC is anyone’s guess. The company’s mainstay — the manufacturing of self-adhesive tapes and trade labels — has not been doing well. 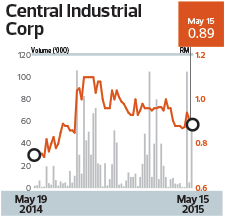 As at end-December last year, the company had cash and bank balances of almost RM4.3 million, but very little in borrowings.

Its main assets seem to be eight acres of land in Kuala Muda, Kedah, with a net book value of RM9.6 million. The valuation was carried out 14 years ago in 2001. The land houses the company’s factory.

Other assets include office blocks in Plaza Dwitasik, Bandar Seri Permaisuri, Cheras, which had a net book value of almost RM2 million as at 2006.