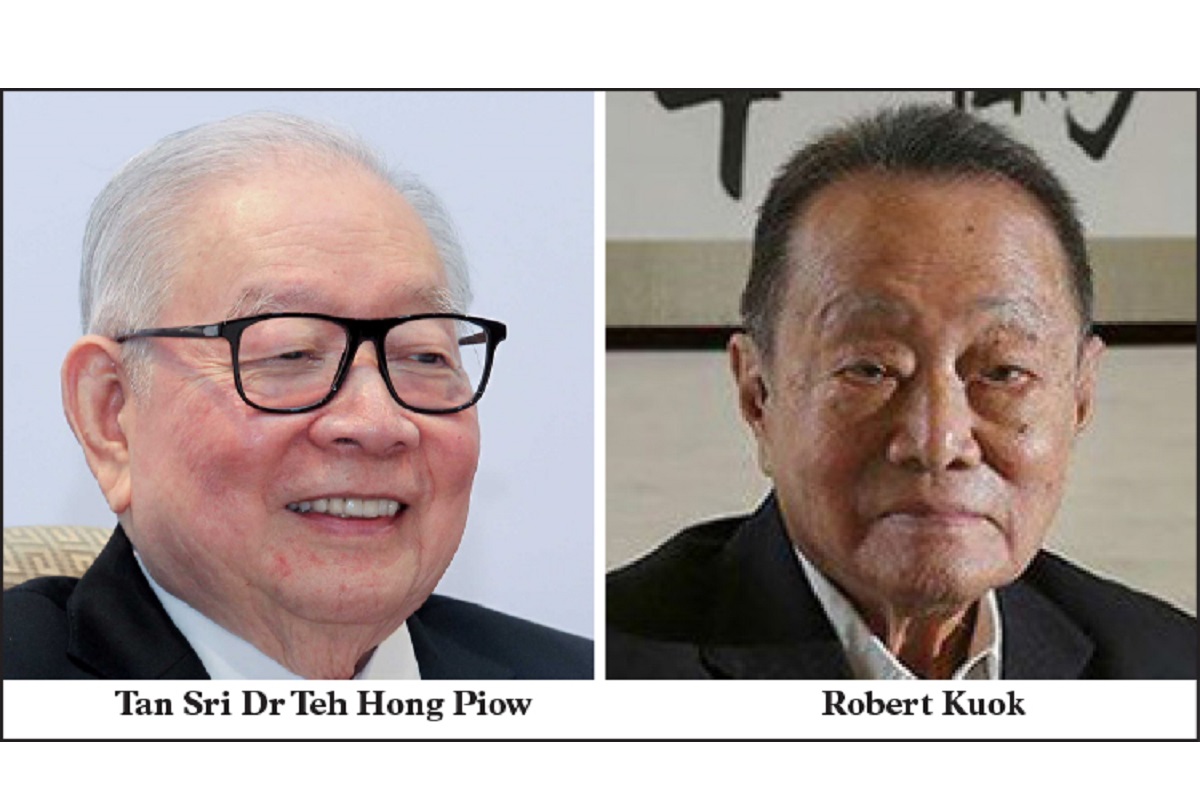 KUALA LUMPUR (Oct 28): Robert Kuok, Malaysia’s richest man, fell off the top 100 list of the Bloomberg Billionaires Index as his wealth evaporated slightly compared to six months ago, while banker Tan Sri Dr Teh Hong Piow dropped to number 380 in the same period despite adding to his wealth.

As of Thursday, Kouk was ranked the 104th richest person in the world with a wealth of US$19.2 billion, down from US$21 billion and rank 88 as at April 20 this year.

Teh, meanwhile, dropped ten notches to rank 380 from 370 in April despite increasing his wealth to US$7.32 billion from US$7.18 billion previously.

He holds a 22.78% stake in Public Bank Bhd through his private investment vehicle — Consolidated Teh Holdings Sdn Bhd. He has another direct stake of 0.64%.

Notably, Kuok and Teh are the only Malaysians listed on the index.

Elon Musk — who is SpaceX CEO and chief engineer, and Tesla Inc's early stage investor, CEO, and product architect — maintained the pole position on the index with a fortune of US$292 billion.

Last week, analysts at Morgan Stanley forecasted Elon Musk to become the first trillionaire in the world from his space exploration business SpaceX.

Meanwhile, Amazon founder and CEO Jeff Bezos came in second on the list with a fortune of US$196 billion.

The Bloomberg Billionaires Index is a daily ranking of the world’s 500 richest people.

The figures are updated at the close of every trading day in New York.