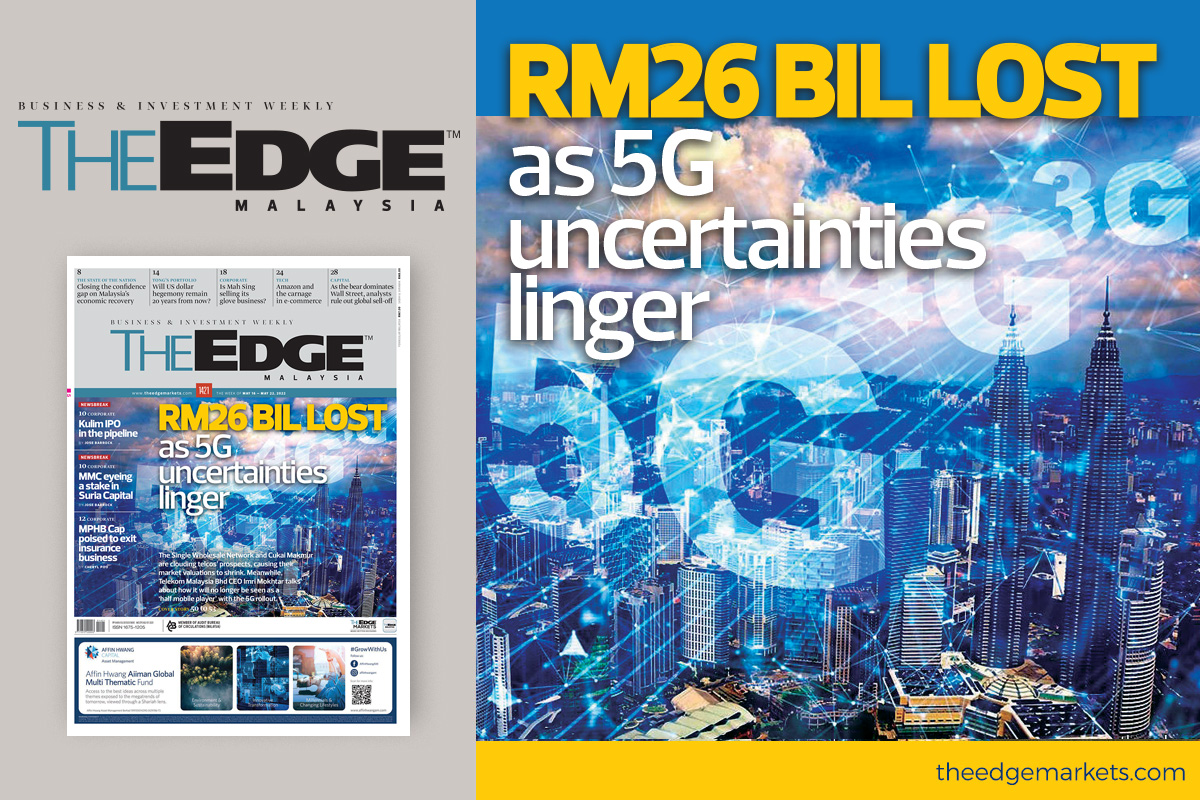 KUALA LUMPUR (May 14): Generous dividend-paying blue-chip telecommunications stocks are underperforming the bellwether FBM KLCI by a wide margin and have collectively lost some RM26 billion in market value year-to-date. The two worst-performing stocks among the four largest listed telcos are Maxis Bhd and Digi.Com Bhd, which each paid shareholders nearly all the profits earned in the financial year ended Dec 31, 2021, and are among the handful of stocks that pay dividends every quarter.

Even Telekom Malaysia Bhd (TM), whose stock is the current favourite among most telecommunications analysts, is underperforming the bellwether index.

Separately, The Edge has spoken to TM group chief executive officer Imri Mokhtar, who talked about how it will no longer be seen as a "half mobile player" with the 5G roll-out.

“A late entrant” into the mobile scene, Imri said the differential in mobile network coverage is among the key reasons TM’s presence in the mobile space had been underwhelming after six years. It believes the landscape will change with 5G and allow TM to also more effectively market unifi Mobile to its home, corporate and enterprise customers and offer converged solutions packages to its existing customers that may otherwise be lured away by mobile operators that can already do the same.

"With the industry moving to an single wholesale network model where access to the same network is provided to all licensees, what was an advantage or handicap before on 4G, which was the network, will [become] a level playing field," he told The Edge.

To know more about what’s weighing on telecommunications stocks and what plans TM has for its home retail and enterprise customers, read our cover story this week by picking up a copy at the news stands.