Riding through the storm 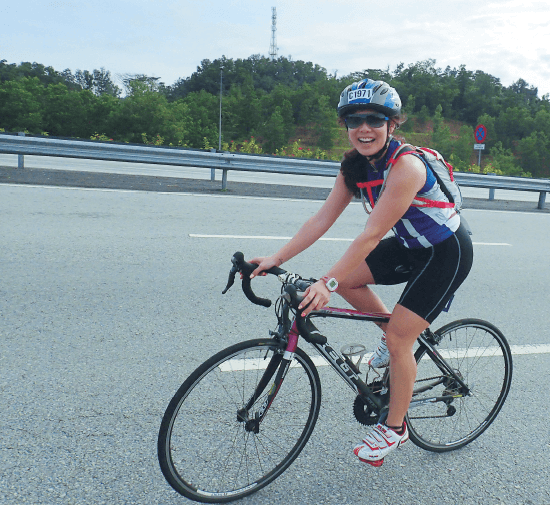 THE Big C — it sends a ripple of fear and despair at its mere mention. It has a way of sneaking up on you and there is just no way to prepare for it. Yes, “C” is indeed cancer.

There’s no denying the toll it takes on those who have been battling it head on, along with the devastation that loved ones of a cancer patient journey through. Yet even the prospect of this life-changing disease looming over your life can be paralysing.

Take for example, Toh Mi Mi, 42, who leads a full life as a doting mother of two and a lawyer. On top of that the self-confessed fitness fanatic hits the gym up to three times a day. So when a test for cancer markers in early 2013 showed results well beyond the normal range, it was a total shock to her and her family. Worse still, further tests showed that something was amiss in her gall bladder.

“And to think I found this out when I went in for a routine check. But the doctor told me to come back in three months to do another test. For a normal person, the reading would be 0 and mine was at 60. This was a clear red flag,” recounted Toh.

Despite a very real risk that now presented itself, Toh made a decision not to let the shocking news defeat her. The avid athlete decided to go on with her plans to run a marathon overseas. “I went to Hong Kong anyway, as I had already planned it earlier and it was a good distraction,” she reminisced.

Three months later, another cancer marker test showed a tremendous spike and it kept increasing in the following months. At one point, the reading was close to 1,000.

Doctors attributed the risk to her gall bladder and so, she went for surgery to remove it. They had hoped that the surgery would bring the reading of the cancer markers down, but to no avail. Amidst this, nothing could stop the gutsy lady from participating in another gruelling challenge — the Shimano Highway Challenge 2013. It took place just three weeks after the surgery.

“Of course neither my medical team nor my parents knew that I was going ahead with the competition. And I got an earful from everyone when I showed them my medal,” Toh added with a loud chuckle.

She was also adamant in competing in the 2014 challenge, despite an added 5km stretch compared to the previous year. It meant Toh cycled a total of 78km starting from the Kajang South toll plaza all the way to the Ampangan toll plaza and back again. She completed the race in 3½ hours.

Adamant not to wallow in self-pity, Toh considers cycling a joy, “The cycling bug bit me after my first 100km ride in 2012, I found it so liberating. It is also a wonderful way to enjoy nature and appreciate all that it has to offer.” 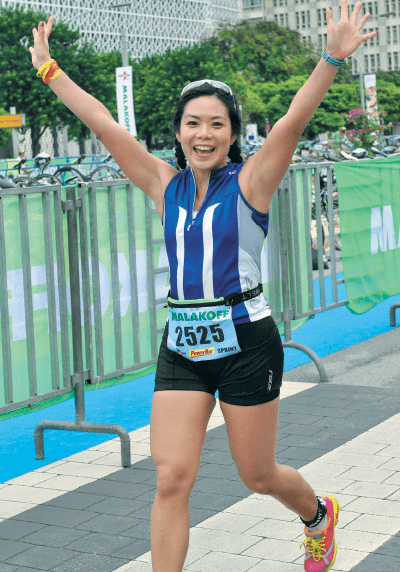 Inspired by her husband, who is a seven-time Ironman champion, Toh enjoys the discipline of regular fitness training. She certainly credits that discipline in helping her steer through whatever comes. Toh has also hopes to inspire Malaysians to a healthier lifestyle through cycling, especially for more women to take up the usually male-dominated sport.

The petite lady seems to always have a smile on her face. When asked what keeps her head up from the depths of depression, her answer was simple — her children. “My kids are young and they can’t comprehend what I went through,” she added, “Life must go on. Brooding is not an option.”

Branded a high-risk candidate for pancreatic and ovarian cancer, Toh is resolute that whatever comes, she will never give up and will live healthily for her family. To stay mentally positive, she draws courage from those who have beaten the odds — including disabled marathon racers and cancer survivors.

“If they can do it, why not me?” concluded Toh.

In conjunction with International World Cancer Day today, The Edge Financial Daily would like to acknowledge those who are going through or have gone through a battle with cancer, be it in person or as a family member of someone diagnosed with it.

This article first appeared in The Edge Financial Daily, on February 4, 2015.