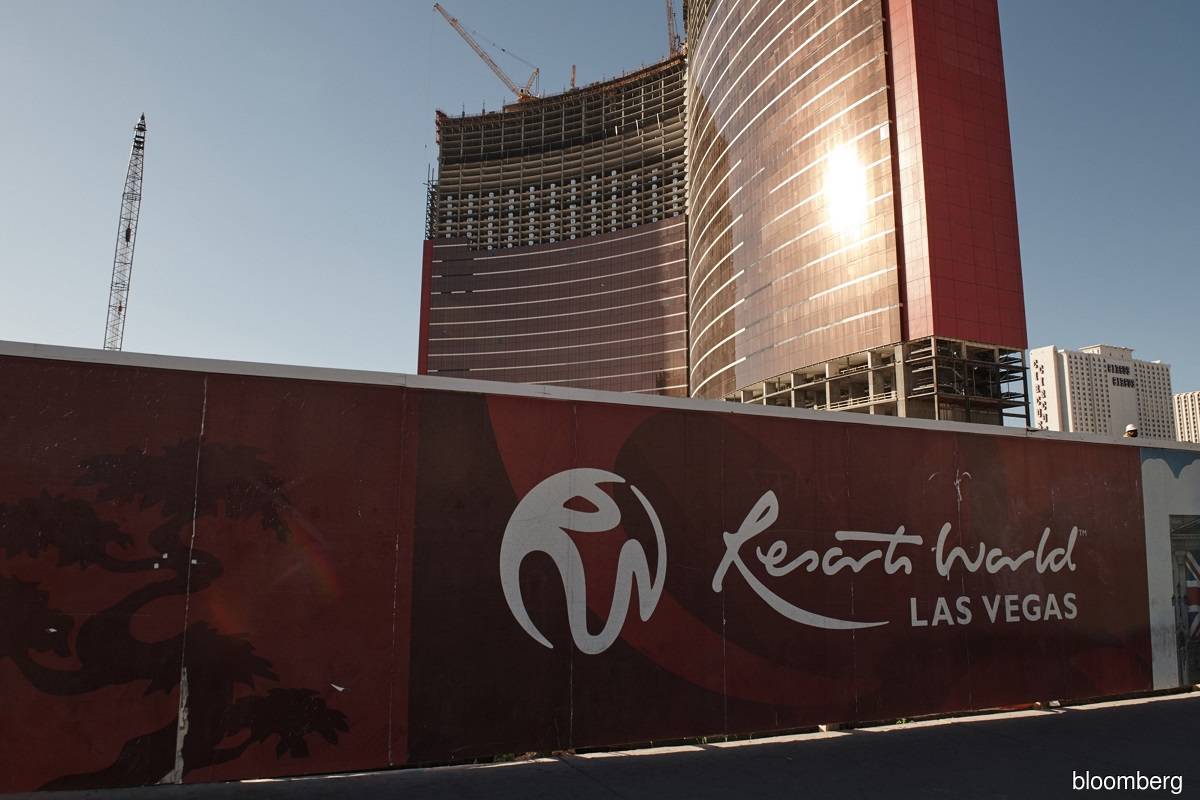 KUALA LUMPUR (April 21): RHB Institute Research raised the target price (TP) of Genting Bhd, which directly-owned Resorts World Las Vegas (RWVL) that is set to open its doors in June, to RM6.86 from RM6.27 previously, considering that the group is a good proxy for an “eventual cyclical recovery”.

In a research note today, RHB commented that Genting’s valuation is deemed attractive, including its estimated dividend yield of 4.1%.

“We continue to like the stock for its attractive 5.2 times FY22F EV/EBITDA (enterprise value/earnings before interest, taxes, depreciation and amortisation for the financial year ending Dec 31, 2022) valuation and as a clear beneficiary of a cyclical recovery,” said RHB.

It noted that Genting’s track record in managing integrated resorts should be able to turn RWVL — which is set to open on June 24 — into a profitable venture after FY23.

That said, the research outfit slashed its earnings forecasts for Genting by 52.3% to 4.6% for FY21 to FY23 as RWVL will be bleeding losses in its first few years of operation.

RHB analysts Loo Tungwye and Lee Meng Horng wrote in the note that they expect negative EBITDA for Genting in FY21 as it will take time for RWLV to ramp up its business volumes.

“The revenue split between gaming and non-gaming is likely to be 35:65, in line with the Las Vegas Strip’s revenue split.

“Nevertheless, RWLV should be able to achieve positive EBITDA by FY22, given the steepening of the vaccination curve and Genting’s proven track record in managing integrated resorts globally. At the net profit level, we only expect it to be positive from FY24," the analysts wrote.

They believe that Genting’s operating cash flow should be sufficient to cover its interest expenses and capital expenditure (capex) requirements going forward.