Lifestyle
From The Edge
Movie Review 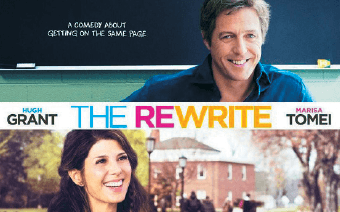 Gone are the days when Hugh Grant would grace the Hollywood screens as a heartthrob, stealing the hearts of many a woman along the way. Today, at age 54, Grant can no longer fit the role of a young, suave yet funny hero, saving damsels in distress along the way. But his charm and good looks are still as evident as ever in his newest role as washed out screenwriter, Keith Michaels.

The Rewrite tells the story of Michaels, who at the height of his career had won a Golden Globe award for writing “Paradise Misplaced” in 1998. Fast forward a decade and three failed movies later, he is down and out, largely forgotten by Hollywood and forced to accept a job teaching screenwriting at Binghamton University — located almost 320km away from New York City — to pay the bills.

At the university, he finds himself oddly misplaced among academics, all of whom hold doctorates and specialise in dissecting historical works such as Shakespeare and Jane Austen. After a skirmish with Mary Wheldon (played by Allison Janney), who also happens to be the head of the ethics committee, Michaels finds himself in trouble for dismissing his class for a month after giving them a five-minute lecture and having an intimate relationship with one of his students.

Michaels strikes up an unlikely friendship with Holly Carpenter (Marisa Tomei), another student in his class — a single mother with two daughters who has gone back to college to earn a degree. Carpenter, an upbeat, optimistic person who believes that anything can be accomplished if you put your heart to it rubs off on Michaels, who over the years has become a cynical, bitter writer who thinks that talent is something that people are born with and can’t be taught. This therefore calls into question his reason for agreeing to become a teacher in the first place.

However, during the course of the semester, Michaels finds himself blossoming in his role, and becomes quite successful in cultivating his students’ talents, and inspiring them to become better writers.

Grant’s natural comedic qualities truly shine through in this movie.

Although several of the supporting characters do a commendable job, The Rewrite focuses on Grant and his talent at being painfully funny in his own self-deprecating British way. If one has watched videos of Grant at interviews and at award ceremonies (in fact, one of the most poignant moments in this film consists of the original footage in which Grant accepts the Golden Globe for Best Actor in 1995, albeit slightly edited for the movie), one would, no doubt, be able to spot his brand of humour.

While The Rewrite isn’t groundbreaking nor will it become Hollywood’s next blockbuster, it does offer some genuinely funny laughs. The movie is written based on a very relatable premise, but the supporting characters were not utilised quite enough throughout the movie. There were moments when it seemed like something great was just about scratching the surface, but it was never explored, leaving the movie somewhat short of inspiring.

For instance, nothing becomes of Michaels’ awkward, distant relationship with his son, nor is the blossoming relationship between Michaels and Carpenter really explored and delved into; which is a pity, because both were emotional, interesting and thought-provoking.

Instead, too much screen time is devoted to Michaels’ mistake in his fling with the student, which in the end amounts to nothing. Janney played her part to perfection, though, somewhat in a 360° twist from her previous appearance as a teacher in 10 Things I Hate About You (1999).

To sum things up, it’s nice to see Grant playing the lead role in a romantic comedy again after a 10-year hiatus between Bridget Jones: The Edge of Reason and The Rewrite, even if he does sport more creases on his face and more than just a few white hairs on his head. Definitely a worthy watch on a relaxing weekend, unwinding from work stress. 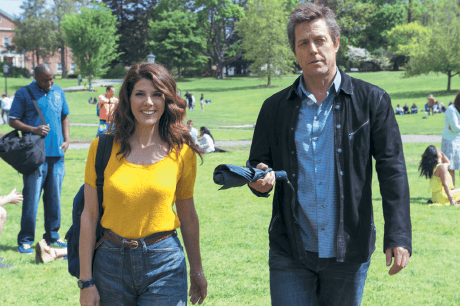