Rewcastle Brown: It's imperative for Sultanah of Terengganu to testify in court 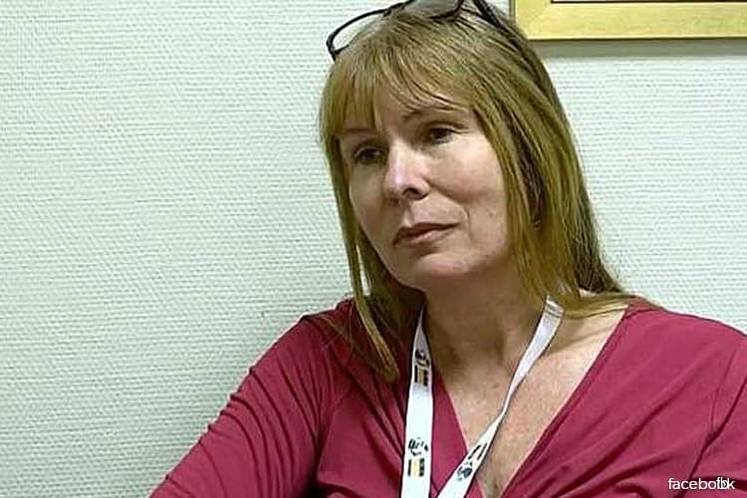 KUALA LUMPUR (June 17): The founder and editor-in-chief of Sarawak Report, Clare Rewcastle Brown, said it is imperative that the Sultanah of Terengganu, Sultanah Nur Zahirah, be made to give a sworn evidence in court with regards to the defamation suit that the sultanah had filed against her and two others.

Rewcastle Brown said this in her affidavit-in-reply to Sultanah Nur Zahirah’s application dated May 13, which requested that the High Court to decide whether the impugned statement that appeared in her book, 'The Sarawak Report — The Inside Story of the 1MDB Exposé', is defamatory. The sultanah wants the case to be decided purely on points of law, without going for a full trial.

“I have been advised by my solicitors and verily believe that a number of witnesses will be called by the defence to refute any defamatory meaning ascribed by the plaintiff (Sultanah Nur Zahirah) to the impugned statement appearing at page 3 of my book.

“My solicitors have further advised me that it is imperative that the plaintiff is made to give evidence on oath and to be subjected to cross-examination on certain crucial matters which cannot be determined by way of affidavit evidence alone,” she added.

Rewcastle Brown further said that the relief sought by the sultanah in the application is a mixed question of law and fact.

Therefore, the application is unsuited for the various determinations sought by the sultanah without the court having first had the benefit of hearing and evaluating the viva voce evidence of witnesses on oath to enable it to arrive at an appropriate decision, Rewcastle Brown said in her affidavit-in-reply. The document was affirmed on May 24 and sighted by theedgemarkets.com.

The case was called up for case management today, and counsel Vishnu Kumar, who acted for Sultanah Nur Zahirah, told reporters that High Court Judge Datuk Ahmad Zaidi Ibrahim has, in chambers, set the matter for further case management on June 25.

“However, the defendant’s counsel had written to us, [and] they may want to reply [again] to our affidavit[-in-reply]. To be fair to the defendants, the court has given two weeks from June 11 for Rewcastle Brown to file the affidavit-in-reply on or before June 25,” Vishnu Kumar said.

Sultanah Nur Zahirah filed the application on May 13 for the suit to be summarily disposed of, according to Order 14A of the Rules of Court 2012, without going for a full trial. This would also mean that Sultanah Nur Zahirah would not be required to give evidence in open court.

In her statement of claim, Sultanah Nur Zahirah alleged Rewcastle Brown had used defamatory statements in the book, The Sarawak Report — The Inside Story of the 1MDB Exposé, which was published around August last year and printed by Vinlin Press.

The sultanah alleged that the defamatory statements implied that she, the plaintiff, was involved in corrupt practices and interfered in the administration of Terengganu, as well as used her role to influence the setting up of Terengganu Investment Authority (TIA) and assisted Low Taek Jho, also known as Jho Low, to be the adviser of TIA.

She alleged that the statements were defamatory, as she was neither involved in the administration of the state nor the setting up of TIA. She also said it was common knowledge that 1Malaysia Development Bhd (1MDB) was earlier known as TIA.

The sultanah is claiming RM100 million in damages from each of the defendants and wants the second defendant to withdraw the books containing the defamatory statements, as well as to stop the third defendant from printing more copies of the book.