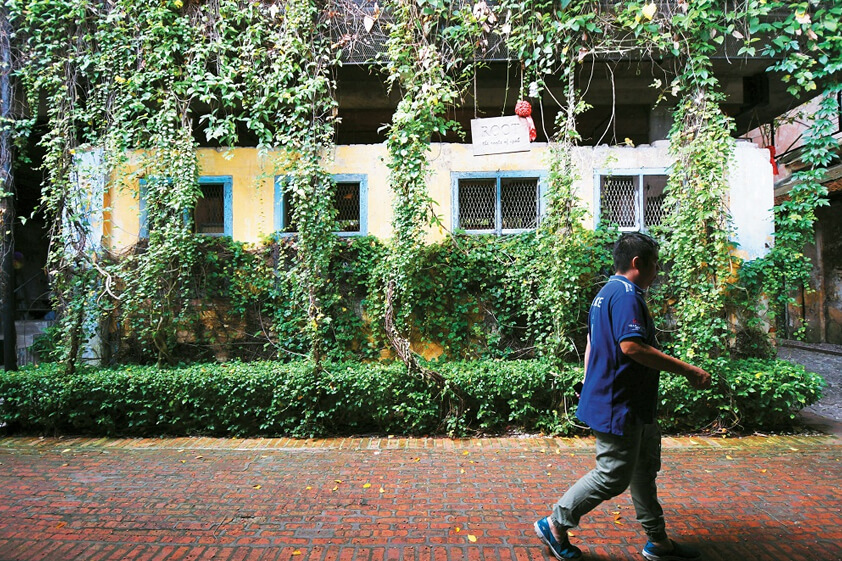 Kong Heng Square has been rejuvenated into one of the trendiest hangouts in town. Photos by Low Yen Yeing/EdgeProp.my 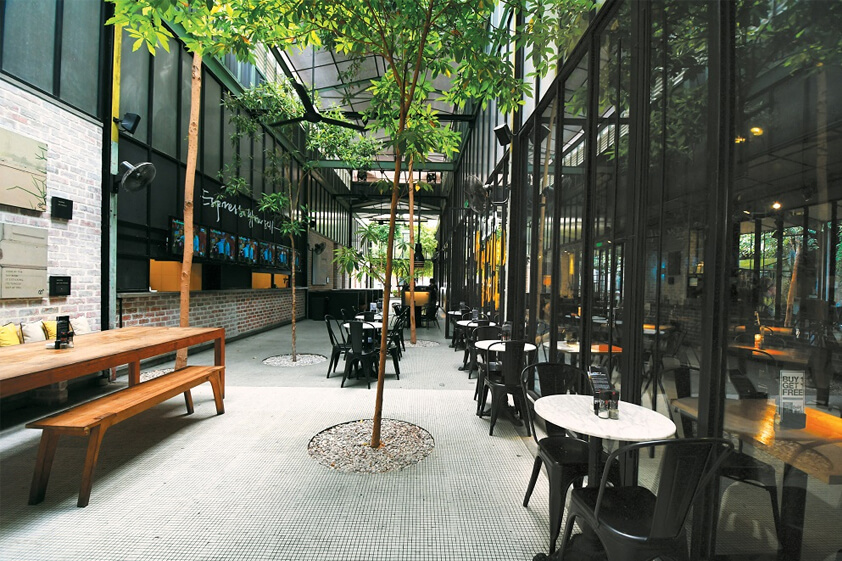 Kong Heng Square is a scruffy collection of largely 19th-century buildings refashioned by a group of architects and entrepreneurs into a contemporary guesthouse, a string of cafes and a museum. Plan B restaurant is the anchor restaurant in Kong Heng Square. 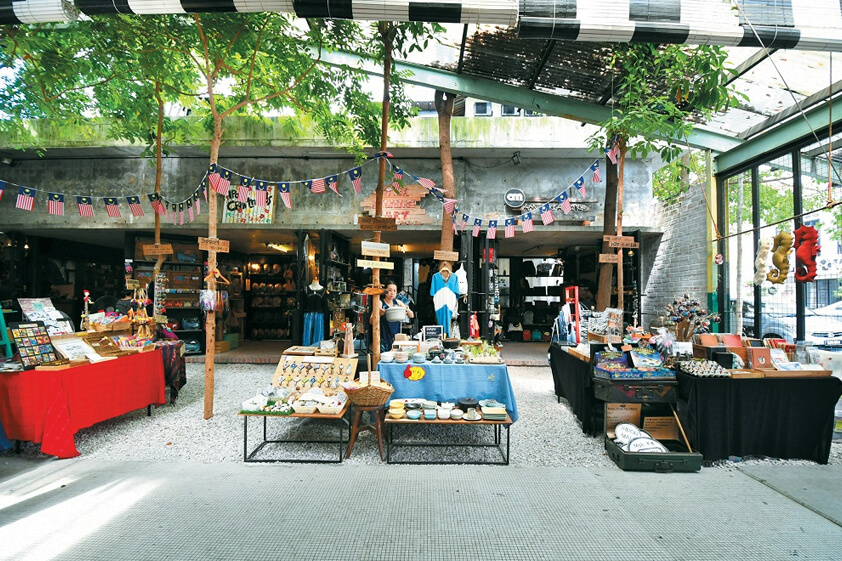 The common space in the middle of Kong Heng Square used to be where the weekend flea market was. Today, it is an almost daily flea market. 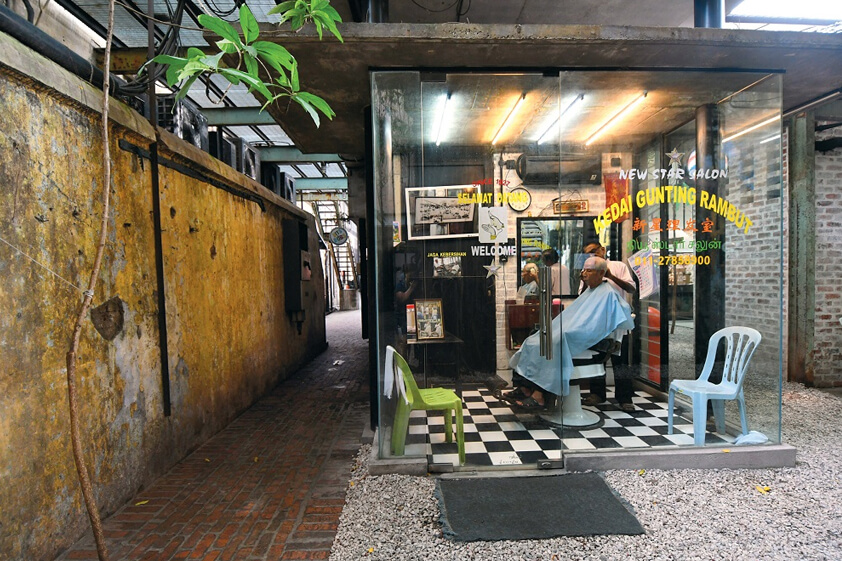 Probably the most Instagram-able barbershop in Ipoh. Every inch of Kong Heng Square narrates a story about the old days. The natural ageing wall adds interest to the Square. 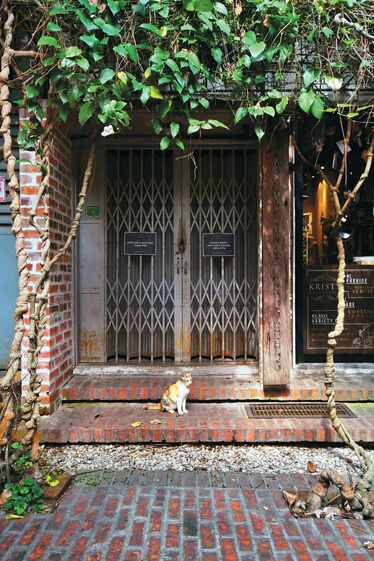 Yasmin At Kong Heng is a not-for-profit museum in memory of Malaysian director Yasmin Ahmad.

FEW things are arguably more relaxing than sipping a morning coffee at one of the cafes at Kong Heng Square, while contemplating the beams of sunlight that filter gently through the leaves of the plants that grow along the old main wall of the square.

Previously a decrepit and abandoned space at the corner of the junction of Jalan Bandar Timah and Jalan Panglima, one of the busiest junctions in the heart of  Ipoh old town, Kong Heng Square has been rejuvenated into one of the trendiest hangouts in town.

It all began with just three humble unique craft shops — The Ipoh Craftnerds, The Living Art & Am Zakka, and Bits & Bobs — and an old school barbershop called New Star Salon. The space quickly became known as an arts and crafts sharing platform in Ipoh where artists and artisans promote their handiwork.

It has since expanded and is now home to hip cafes, fashion boutiques and trinket shops. Kong Heng Square today is a major attraction for both locals and tourists who come to admire and enjoy its unique and atmospheric environment. It has become a new landmark that the Ipoh Mali is rightfully proud of.

Anchoring the square is Plan B cafe, one of its earliest tenants that has become synonymous with the square. The cafe used to be a furniture warehouse, which explains its high ceiling and steel structures.

The owner maintained the existing superstructure and restrained the building works to the bare minimum, emphasising the space by using a lot of glass.

Right outside Plan B is a covered common area that used to host a flea market, which has since been replaced with permanent stalls that sell handcrafted keychains, soaps, notebooks, soft toys, post cards, clothing and paintings that are unique only to Kong Heng Square.

While Kong Heng Square and its surroundings continue to evolve with the times, it has not forsaken its past. For example, the previous occupant of Buku Tiga Lima, the cafe next to Kong Heng Square, was formerly the old Star Air-Conditioned Hair Dressing Salon, whose owner Thiru decided to close and retire when Kong Heng Square was revived.

However, Thiru, the last old-school barber of his generation, agreed to come out of retirement. The New Star Salon is his business reincarnated. Housed in an air-conditioned glass box, it may look like an exhibit, but is nonetheless a slice of Ipoh’s history that is very much alive, and not just beautifully preserved.

The external walls of Kong Heng Square itself is an attraction in its own right, featuring murals depicting scenes of Ipoh life and its culture.

Kong Heng Square has inspired change beyond its walls, infusing new life into the tired old shoplots and spaces nearby. One excellent example is Yasmin At Kong Heng. Located at an old apartment block one alley away from Kong Heng Square, it is a not-for-profit museum set up in memory of the late Malaysian director Yasmin Ahmad.

Another example is the remarkable transformation of Lorong Panglima or Concubine’s Lane located just a stone’s throw away from Kong Heng Square.

The once-derelict shophouses have been restored and now attract hordes of tourists to its mix of eateries and souvenir shops.