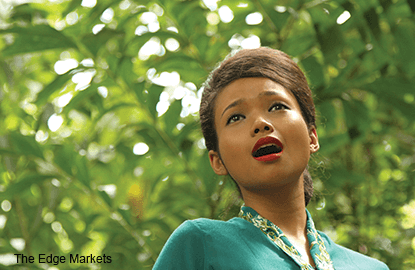 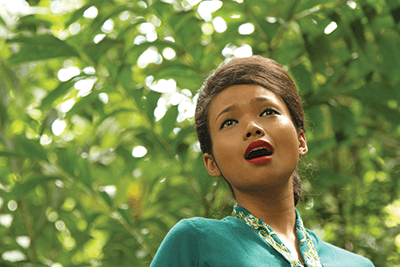 CELEBRATING 50 years of Singapore’s independence, the movie, 7 Letters is an intricately woven tale made up of seven different films by seven Singapore’s most illustrious filmmakers. The film was selected as the Singaporean entry for the Best Foreign Language Film at the Academy Awards, but was not nominated. Brought to Malaysia by Titian Budaya for its three-month long cultural festival to mark 50 years of bilateral ties between Singapore and Malaysia, 7 Letters is just one of ten Singaporean movies that were played at selected GSC cinemas in the Klang Valley over the weekend.

Cinema, the first of seven in this anthology that was directed by Eric Khoo, pays tribute to the Golden Age of Malay cinema in Singapore, with the minimal use of dialogue and long takes in black and white. Bringing to life the old Malay legends of the Pontianak, Khoo invokes the nostalgia of old movies that used to dominate Southeast Asian cinema before the rise of Hollywood blockbusters.

That Girl, directed by Jack Neo, takes place in a kampong in the 1970s — its main stars are child actors speaking in a mixture of Mandarin, Hokkien, Cantonese and Teochew. True to Neo’s style, That Girl is hilariously funny albeit laced with profanities, interspersed with touching scenes that make his movies so likable.

The Flame, directed by K Rajagopal, is a personal story about his parents’ life-changing decision to stay in Singapore following British withdrawal from the newly independent country. Although Rajagopal’s grandfather was granted the British citizenship due to his serving in the air force, his father refused to leave their home and move to a strange and foreign land, causing a rift between father and son. 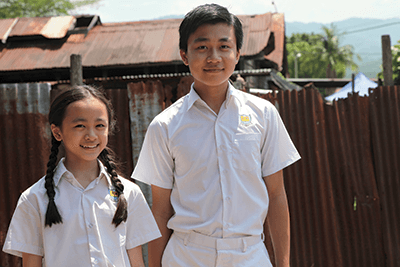 Royston Tan is the director of Bunga Sayang, a profusion of nostalgia and a mini-musical extravaganza draped around a boy and his upstairs kuih-making makcik neighbour. An unlikely friendship forms between the boy and the lady, which demonstrates that random acts of kindness can foster racial harmony.

Pineapple Town, directed by Tan Pin Pin, features Ning, who is adamant about meeting the birth mother of her adopted daughter, a search that brings her to the town of Pekan Nanas in Malaysia. Sandcastles by Boo Junfeng is a short film that delves into themes of history, memory and ageing. Ismail, an elderly Malaysian travels back to Singapore by train from Malaysia in search of his first love, Swee Choo.

Finally, Grandma Positing System, directed by Kelvin Tong, is a heartwarming tale on historical consciousness, family traditions and shared memories. It depicts a young boy who travels with his family to Johor each year during Qing Ming to pay respects to his late grandfather.

Like any other movie made up of short films, there are hits and misses and some stories are stronger and more well thought-out than others, but in all, Royston Tan has done a commendable job producing 7 Letters.