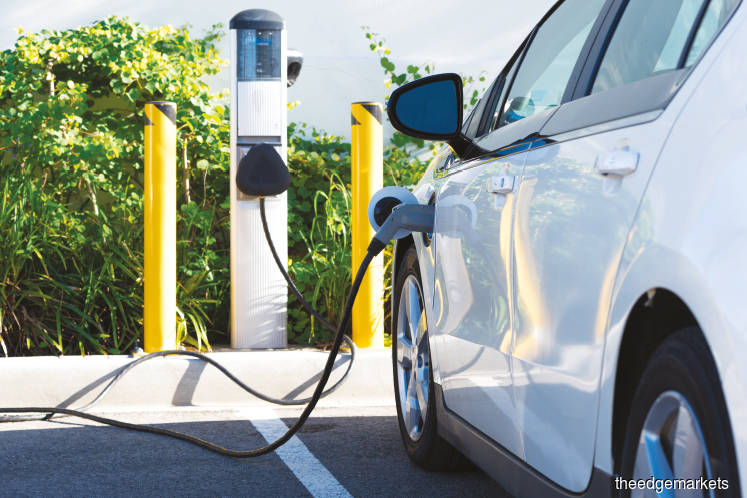 With a huge reduction in its capital cost, renewable energy has become a lucrative alternative source of power. This has contributed to its rising popularity, which has made the segment increasingly attractive to investors.

According to Mark Lewis, global head of sustainability research at BNP Paribas Asset Management, the capital cost of renewable energy is “plummeting” and sources such as solar and wind have the capability to produce six to seven times more useful energy to power cars and other light-duty vehicles (LDVs) than fossil fuels.

“Solar has a very low capital cost because it is now a proven technology. It is also very low risk. I don’t think it is a problem with cost of capital. I mean, it is at the bottom of the scale.

“Oil would have to fall to between US$10 and US$20 per barrel to remain competitive with clean-powered electric vehicles (EVs),” he says, citing BNP Paribas’ in-house research report “Wells, wires, and wheels — EROCI and the tough road ahead for oil” that was released in August.

EROCI, which stands for energy return on capital invested, is a term coined by BNP Paribas to measure the energy yield of a given level of investment in different energy sources. It can be measured on both a gross and net basis.

“For a given capital outlay [of US$100 billion] on oil and renewables, how much useful energy at the wheels do we get? Our analysis indicates that for the same capital outlay today, new wind and solar-energy projects in tandem with battery EVs will produce six to seven times more useful energy at the wheels than oil will at US$60 per barrel for gasoline-powered LDVs, and three to four times more than oil at US$60 per barrel for LDVs running on diesel,” says the report.

“Accordingly, we calculate that the long-term break-even oil price for gasoline to remain competitive as a source of mobility is US$9 to US$10 per barrel, and for diesel, US$17 to US$19 per barrel.”

Lewis says there are many obstacles to renewable energy taking the lead and not all are due to economics. “If the world were as efficient and rational as the economics textbooks would have us believe, we would be living in a very different world. So, a lot of what happens has to do with political decisions and relationships — in particular, between vested interests and prevailing political powers.”

With the proliferation of wind and solar power in Europe in the last 10 years, its utility sector, for example, has witnessed the wiping out of hundreds of billions of euros, or nearly 50%, from its market capitalisation.

“In Europe, the utility industry has traditionally been viewed as one of the safest investments you could make, after government bonds, as utilities are meant to be almost risk-free. Instead, if you had invested in European utilities 10 years ago, today you would have lost your shirt.

“We are talking about a fundamental revision of all the preconceptions that we have had about the way the world works, on what is safe and what is risky,” says Lewis.

“If a utility stock has become as risky as it has, you have to acknowledge that this is something that would lead you to completely revise your view of the way the world works.”

It has taken too long for mainstream, especially institutional, investors to recognise how badly climate change could affect the planet and ultimately their investments because energy lobbyists have prevented governments from introducing policies that would take a toll on their business.

“The economics is becoming so irresistible now that you might as well just get on board while you can because you are going to get disintermediated in any case if you do not,” asserts Lewis.

Royal Dutch Shell plc — a fossil fuel company and the world’s biggest dividend payer — is aspiring to become the world’s largest electricity generator because it understands now that its business will not be spared from the effects of global warming, he adds.

In an interview with Financial Times, the Dutch company’s CEO, Ben van Beurden, stated that Shell has strategies in place to pursue higher-margin and less carbon-intensive barrels by prioritising its gas business (which is cleaner than crude but still a fossil fuel), focusing on chemicals (made without combusting oil) and staking out its ambition to be the world’s largest power player as demand for cleaner electricity grows.

“I think that’s quite a visionary thing to say as well, so that may well indicate that Shell understands something that its industry peers have not yet fully understood — that the rules of the game are changing,” says Lewis.

However, he acknowledges that changes in the energy generation and power sectors are not taking place fast enough.

“The economics of renewables are moving more quickly in some places than people’s ability to keep up with it. In some countries, where the evidence (the potential of renewable energy) is there and has been there for some time, people still come out with these lazy clichés about renewable energy being more expensive than fossil fuels. It takes time for people’s perceptions to catch up with reality sometimes, and for governments to catch up with reality,” Lewis continues.

Fossil fuels have an incumbency advantage, he says. “The oil industry today enjoys a massive scale advantage over wind and solar of several orders of magnitude — oil supplied 33% of global energy in 2018 compared with only 3% from wind and solar.

“Moreover, EVs are currently more expensive than internal-combustion engines and diesel vehicles on a sticker-price basis, and likely to remain so until 2023-2025.

“This scale advantage over wind and solar gives oil the further advantage of speed and convenience. The oil industry is so massive that the amounts that can be purchased on the spot market can provide very large and effectively instantaneous flows of energy.”

In contrast, new wind and solar projects can only deliver their energy over a 25-year operating life, Lewis points out.

“This underlines the point that the renewable energy industry needs to scale up massively over the coming decades since, on an absolute unadjusted basis, wind and solar cannot deliver anything close to the energy that the global oil industry can deliver today as an instantaneous flow.”

Lewis notes that the global energy transition is not happening fast enough to meet energy goals stipulated under the Paris Agreement — a global framework dealing with greenhouse-gas-emission mitigation, adaption and finance.

“It (energy transition) probably has to increase by four to five times in orders of magnitude for that to happen. We need a trillion dollars a year of clean energy investments but we’re currently running at about US$250 billion.

“And then, there’s the question we as investors need to ask ourselves: Is the growth in renewable energy running at a fast-enough pace to severely disrupt the existing energy players? Therefore, will this cause big changes in the value of companies that will affect your portfolio?”

Lewis says the answer should be a resounding “yes” because investors need to make the distinction between the “system rate of change” and the marginal rate of change.

“For the Paris climate agreement, and for all of us as global citizens, we need to focus on the ‘system rate of change’ and to speed that up. But for investors, we’ve already seen in the European utility sector that what really matters is the marginal rate of change and the speed with which renewable energy is growing,” he points out.

Lewis says renewables can completely transform the cost structure of the energy industry.

“If you think about the conventional engine industry, most of the value has traditionally been upstream, particularly for the oil and gas industry, where you go out and you have to explore for oil and you have to produce oil in difficult conditions, risky conditions, and therefore, you need a high return to compensate for the risk you’re taking,” he explains.

“In renewable energy, it’s entirely different. Once you’ve built the infrastructure, the energy comes for free. You don’t have to explore for it, you don’t have to produce it … you just have to capture it.

Over time, the cost of renewables will only continue to fall while their efficiency rates will continue to rise, asserts Lewis. At that point, investors will have to reconsider their existing strategies.

“I think you need to be looking at companies that score well on ESG (environment, social and governance) factors, which is what we’re trying to do. We’re trying to come up with ESG scores for, effectively, a universe of 14,000 companies. For our sustainable and responsible investment (SRI) dedicated funds, we have an investable universe of about 3,000 companies.

“We are reaching so many critical levels on so many critical indicators that we can’t sit back and wait for people to act … you [have to] actively engage people and get them to act,” stresses Lewis.

“That’s why, we’re going to be providing an ESG score for all the companies in our investable universe, so that fund managers will have to make an investment choice.”