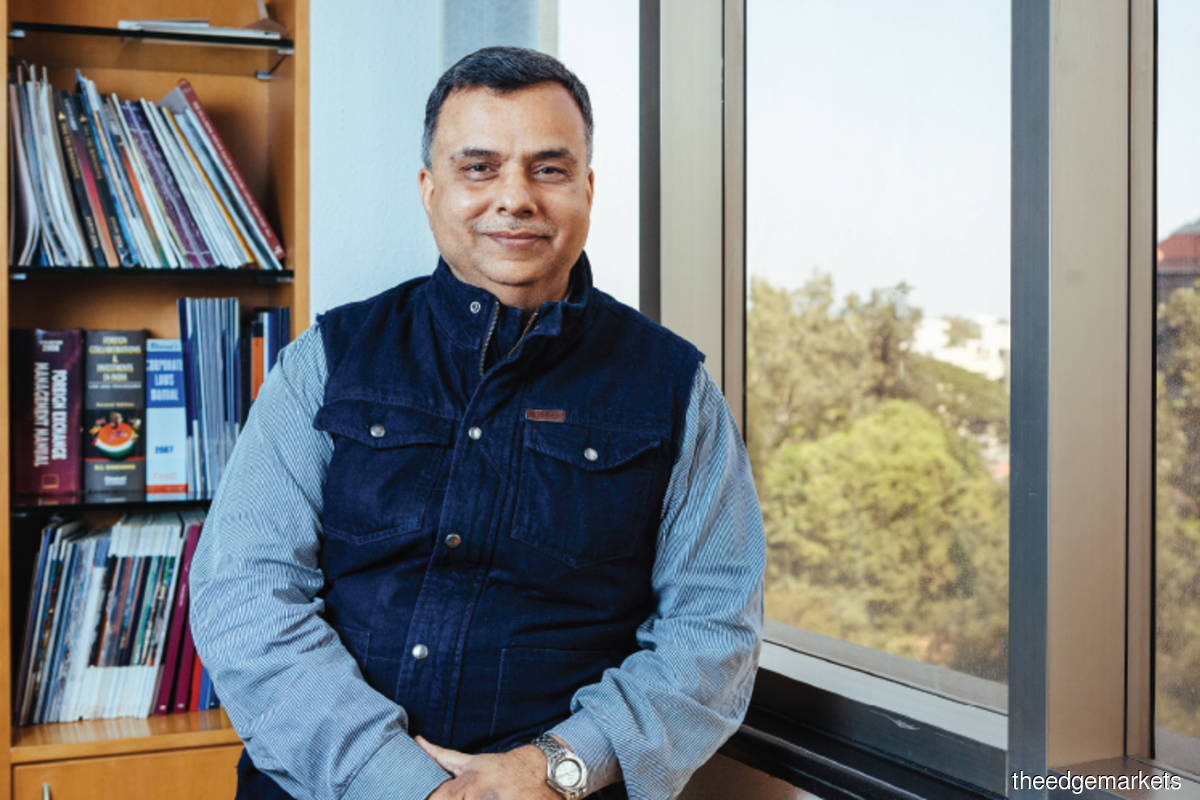 When Chiratae Ventures was set up in 2006, its team did not start out investing with the goal of impacting lives. On the contrary, the focus of the Indian venture capital (VC) firm back then was to capitalise on the nation’s booming technology and software industry.

As the firm — then known as IDG Ventures India — grew in terms of wealth creation and reputation, it began to evolve into a more conscientious investor with the goal of investing in what is relevant to society.

“I will refrain from using the word ‘responsible’ investor because I think it’s clichéd. Let’s go with ‘relevant’ instead because I think that’s more appropriate to what we do,” says its co-founder and chairman Sudhir Sethi.

It is this ability to select “relevant technologies and companies” that is the reason behind the firm’s many successful ventures in the consumer and financial technology space, says Sudhir.

Bangalore-based Chiratae, which translates into “leopard” in a number of South Indian languages, is among the largest VC firms in the country with US$775 million (RM3.3 billion) in assets under management.

“We changed the name a couple of years ago and chose Chiratae because, like the leopard, we are agile and we take care of the ecosystem.

“The leopard is also a leader and it cares about its cubs, which in our case are our entrepreneurs,” says Sudhir, who is also an avid wildlife photographer. Sudhir, who has worked in the technology business space for more than three decades, founded Chiratae with former colleague TCM Sundaram, whom he had worked with at Walden International.

Chiratae now has six partners and is currently in the midst of raising US$275 million for its fourth fund, which is open to investors globally.

The firm has made 83 investments — all of which are companies founded in India — and 33 exits to date. Its advisory board comprises prolific personalities such as Ratan Tata, a renowned industrialist; Senapathy Gopala­krishnan, co-founder of Infosys; Bruno E Raschle, founder of Schroder Adveq; and Manish Choksi, non-executive vice-chairman of Asian Paints.

“The total value we have created cumulatively is about US$27 billion — that’s about 1% of India’s gross domestic product (GDP) in 2019. We have exited a number of times since we started, and the value of the companies in our portfolio today is US$7 billion, which is 0.3% of India’s GDP.

He was part of the panel discussing investing trends in South Asia post-Covid-19 at the Asian Venture Philanthropy Network’s Annual Conference 2020 that took place in June.

Sudhir stresses that these achievements were only viewed in hindsight. “We never started off targeting this kind of growth. In our own small way, we have had an impact on India’s macroeconomy, a perspective which we never had five years ago.

“Now that we know that we are able to measure the kind of impact we have had on India, it gives the team a different motivation. It just propels a different kind of thinking when your objective is to have an impact on India.

The firm has gone on to invest in more companies involved in the deep tech space. This development has also steered Chiratae into backing more start-ups in the health tech, medical tech and cleantech space.

“Emotix, which is short for emotional intelligence, makes a product called Miko2 [which is a conversational robot]. Parents, especially in double-income households, don’t spend enough time with their children. Firstly, they don’t have the time and secondly, children need full-time parenting.

“That’s where this conversational robot — which is the first-of-its-kind [in the world], is able to initiate conversation and is sensitive to moods — comes in. When a child walks into a room and says ‘hi, Miko’ in a sombre voice, the robot is able to pick up on the child’s mood and ask ‘hey, what happened? You don’t seem to be in a good mood’,” explains Sudhir.

Sold predominantly in the US, the UK, India and the Middle East as well as 53 countries worldwide, the Miko2 robot is an example of some of the most innovative technology India has to offer, says Sudhir.

The expansion of its portfolio companies beyond India validates Chiratae’s thesis of its global potential. This is why the firm is now on the lookout to expand its footprint globally through co-investment opportunities, he adds.

However, India will remain its primary market considering its immense potential and market size.

“Our investee companies are providing products and services that are being consumed by about 100 million people in India alone. Of these users, 24% are female.

“Our companies are servicing over 100,000 small and medium enterprises in the country. Debt is a very major part of the business success of SMEs — one of our companies has provided US$3 billion worth of credit. And the non-performing assets is less than 0.1%,” says Sudhir.

“Bizongo is another good company, which provides business-to-business packaging solutions. The company has delivered 400 million units of packaging and is now a leader in the country in terms of eco-packaging.”

Chiratae has invested in a company called Aether Biomedical Pvt Ltd, which makes multi-action bionic limbs. It is one of the world’s few intelligent prosthetic companies, and the global market for its products is valued at US$10 million, Sudhir points out.

“Fundamentally, we are funding companies that are solving real problems using technology,” he says.

To ensure that these companies are able to achieve their potential, Chiratae’s funding starts from seed capital right up to Series A, B and C. “Our investments start from US$500,000 for small ventures, and our biggest investment was US$40 million,” says Sudhir.

Acknowledging that no great success was ever achieved without failure, he explains that those experiences have honed Chiratae’s abi­lities to spot entrepreneurs and the technologies that have the substance it is looking for.

While this is done through a fairly drawn-out selection process, it starts with five key must-haves.

“We invest in unchartered territories [such as] in technologies that have not been brought in. l like to borrow a line from Star Trek, where Captain Kirk says, ‘To boldly go where no man has gone before’. That is how we see investing.”

Secondly, the firm evaluates if the pro­duct or service is aimed at solving a problem that has not been solved before and leverages technology. “This is absolutely critical. If they are doing that, you can build a great company out of it.

“Thirdly, we need to ask ourselves whether we can visualise this company, which wants to solve a relevant problem, as being dominant in India.

“Then, we would ask ourselves whether the company’s product or service can be scaled to the global markets.”

Lastly, it is crucial to appraise if the technology is beneficial to society, or just a passing fad. “The product or service needs to be able to solve real problems that are going to be relevant for the next 20 years,” says Sudhir.

The US$275 million fund that Chiratae is currently working on raising will be invested across 11 companies each year, he reveals.

There are, however, several no-go areas, Sudhir continues. Chiratae will not invest in companies that do not have a technology play, or in companies in the smokestack industry.

“We believe technology will play a major role going forward. To illustrate my point, the market cap of the top 15 technology companies in the US in 2019 was 30% of the country’s GDP, compared with 15% in 2015,” he says.

Sudhir stresses that Chiratae is not an impact investor. “We believe in outsized financial returns to our investors but we also want to solve real problems. Being able to provide outsized returns means selecting phenomenal companies with phenomenal technology, which will be relevant for the next 15 to 20 years.

“Financial returns are important. Otherwise, our investors won’t commit money to us and we will not be able to solve real problems. I believe there is no difference between solving real problems and providing good financial returns — they are not mutually exclusive. And, we combine this with good practices and meet problems outlined by the United Nations’ Sustainable Development Goals, for example. This is our strategy and we have stuck to it for a long time.”