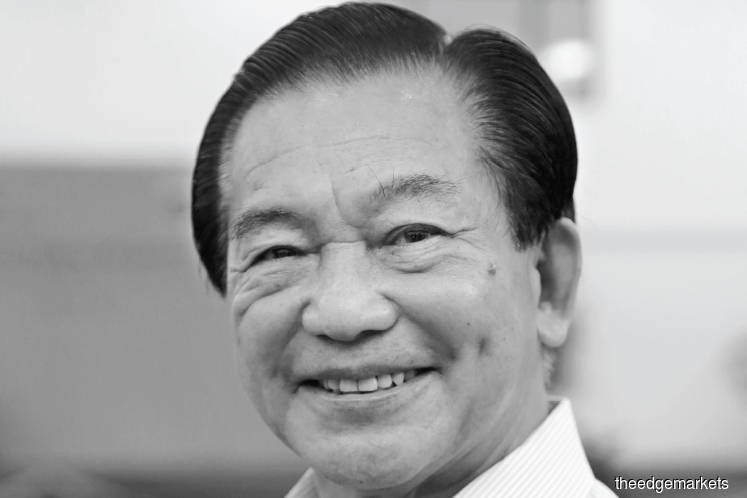 This article first appeared as 'Remembering Lee, the tree whisperer' in The Edge Financial Daily, on June 3, 2019.

KUALA LUMPUR: Hardworking, persistent, determined and intelligent. These are but some of the words that have been used to describe the late Tan Sri Dr Lee Shin Cheng, the grand patriarch and founder of local conglomerate IOI Group, who passed away last Saturday, after a period of illness.

With a fortune of US$4.7 billion (RM19.7 billion), Lee was ranked by Forbes as Malaysia’s fifth-richest man and the 325th richest men in the world this year. The executive chairman of IOI Corp Bhd and IOI Properties Group Bhd, he was due to retire today, which would have also marked his 80th birthday.

It is through Lee’s vision, hard work and enterprising spirit that both companies have become leading corporations in their respective sectors.

Today, IOI Corp, with a market capitalisation of RM26.32 billion, is an integrated palm oil company which has operations in eight countries across Asia, Africa, Europe and North America. It is among the 30 largest companies listed on the Main Market of Bursa Malaysia, forming one of the component companies of the FTSE Bursa Malaysia KLCI, the stock exchange’s benchmark index.

As for IOI Properties, valued at RM7.37 billion, it is a property development and investment company which has a substantial presence in Singapore and China. It was the property arm of IOI Group prior to its spin-off listing onto Bursa Malaysia in January 2014.

Lee’s rise to the pinnacle of Malaysia’s corporate world is a classic rags-to-riches story.

He grew up in a rubber estate in Jeram, Kuala Selangor, where his father ran a Chinese food shop. At the age of 11, he left school to sell ice cream from a bicycle to help raise younger siblings, before returning to school four years later.

Lee once recounted that on one rainy day when he was selling ice cream, his bicycle wheels got stuck as he was riding through a muddy path. The young boy that he was at the time had to use his shoulders to prop up the heavy ice-cream box until help came along.

By then, he couldn’t tell if it was rain, sweat, or tears wetting his face. At that moment, he realised the only way one could break out of the cycle of hardship was through education.

The plantation and property tycoon’s greatest regret in life, he once said, was that he had no opportunity to enter university, which was why he made sure all his children are well-educated.

“My dream was to see all my six children receive good university education. Now, they have all graduated from top universities in Britain.”

Lee worked at some small oil palm plantation companies before he became an entrepreneur. He also tried his hands running a pig farm with a friend, besides having worked at a gas station.

Notably, he was turned down for a job at palm oil company, Dunlop Estates, in the late 1960s, due to his poor English. But after he made enough money about two decades later, he bought over the same estate that would not employ him.

Lee was not shy to admit that the acquisition of 27,880-hectare Dunlop Estates from the then beleaguered Multi-Purpose Holdings Bhd in 1990 was one of the most significant achievements in his life. The acquisition included 13 estates, two mills, two factories and a research station.

From there, he hit it big by going into property development in Puchong and Putrajaya.

Besides being known for being able to speak Tamil with estate workers, Lee was also known as the tree whisperer, as he loved talking and singing to his trees. He once said every tree was different, just like women. So he would talk to them, get to know them better, saying it would help them grow better.

On the corporate front, Lee was ever the polite gentleman. But even gentlemen can be aggressive if the situation warrants it.

Eighteen years ago, IOI Corp was embroiled in a hostile takeover bid with Sime Darby Bhd, to gain control of Palmco Holdings Bhd, an oleochemicals manufacturer in which IOI was the single largest shareholder at the time.

Sime Darby had in July 2001 made an unexpected conditional voluntary offer for all the shares — at RM4.35 apiece — in Palmco. But a few hours later, IOI Corp, which held a 32.1% stake in Palmco then, said it did not intend to accept Sime Darby’s offer.

Within days, IOI Corp launched a takeover on Palmco by matching Sime Darby’s offer, forcing the latter to raise its offer price to RM4.60 per share. The takeover saga ended in October after IOI Corp got hold of more than 50% stake in Palmco.

It is a prized business that IOI has grown since it was acquired in 2003 for RM814 million from Unilever. The acquisition immediately gave IOI a presence in Europe and North America.

It also enhanced IOI’s value chain, further integrating its operations from upstream to downstream, something that the likes of Sime Darby and FGV Holdings Bhd are now doing.

On the community and industry service front, Lee was the patron and adviser of many community and business associations in Malaysia. Among his most notable contributions was leading the redevelopment of the 111-year old Kuen Cheng Secondary School as chairman of its board of directors over the last 20 years.