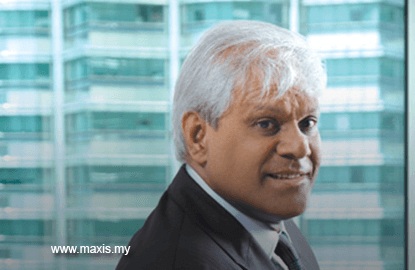 In a filing with Bursa Malaysia today, Maxis said Marshall, 63, has more than 30 years of experience in financial and general management.

Marshall also serves as a non-executive director on the boards of several other companies in which Usaha Tegas also has significant interests such as Maxis Communications and London-listed Johnston Press Plc.

In addition, he is a director in an independent non-executive capacity and chairman of the audit committee of KLCC Property Holdings Bhd and a non-executive director of MEASAT Global Bhd and KLCC REIT Management Sdn Bhd.

The market is closed for the afternoon session in conjunction with Hari Raya Holidays.