Rafidah to Tony Fernandes: Thanks for taking the punches on my behalf 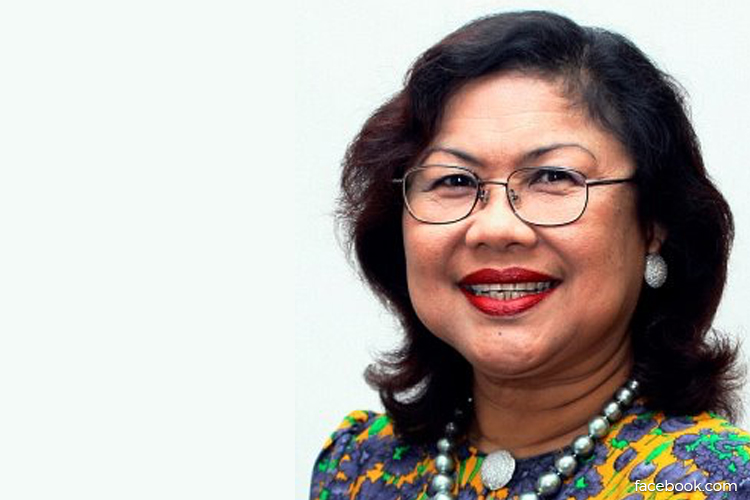 KUALA LUMPUR (May 13): AirAsia X Bhd (AAX) chairman Tan Sri Rafidah Aziz acknowledged in a Facebook post today that AirAsia Group chief Tan Sri Tony Fernandes made a "bad judgment" when he tried to "please and placate" the previous Prime Minister Datuk Seri Najib Razak's administration in the run-up to the 14th general election (GE14), but said he needed to do so to protect the aviation group.

She also expressed her "deepest appreciation" to Fernandes and the AirAsia team for "taking all the terrible punches -- on my behalf".

Rafidah put up the post after Fernandes apologised in a video earlier today, which has since gone viral, for appearing to back Najib and Barisan Nasional in the run up to GE14. He said he had "buckled" under pressure from the previous administration.

Rafidah revealed that Fernandes, together with his co-founder Datuk Seri Kamaruddin Meranun, had previously gone to see her to convey a message from the "former PM's operatives", which was to "stop attacking the then PM".

"I am chairman of AAX. The insinuation was if I persisted, then there will be 'consequences'," Rafidah revealed. She then told the duo that she would resign if they were feeling too much pressure. "They both responded with a big no. 'We love you' -- those were Tony's words. I was touched," she said.

Following that, Fernandes, in trying to placate Najib's adminsitration, went as far as assigning an AAX plane to ferry former Prime Minister Datuk Seri Najib Razak to Kota Kinabalu and back during the campaigning period of the recently ended 14th general election (GE14).

"However, not known to me, Tony got the ultimate 'treatment' for his failure to 'make me resign'. We all know the narrative. Tony did not not tell me that he was trying so hard to ‘placate’ the [then] PM and his ‘all powerful’ operatives. He knew I would veto it," she said, adding Fernandes was subsequently "practically publicly crucified" for his efforts.

"His 'mistake was [in] not telling me [about the plane]. He got a private whacking from me already for that. Nothing personal...only for that error in judgement, or as I told him, his 'stupidity'," Rafidah said.

She said Fernandes did not have to go to the extent he did to placate Najib's administration.

"But he did. Because he knew I was doing the right thing...and at the same time, he needed to stop 'them' from tightening further the screws on where it would hurt most -- AirAsia and AAX. Of course, if Tony had 'apologised' to them for anything at all, then my resignation would have come within 10 minutes of the apology," she added.

Rafidah said she is able to reveal the facts behind Fernandes' decision and set the record straight now -- "because the truth must be told" -- as PH has now been voted in as the new government.

"I did not respond earlier because we all had the country's future to deal with first. Now that it is over, I would like to call upon everyone...please reset the AirAsia support button. Please allow us to fly you as we did before," she added.