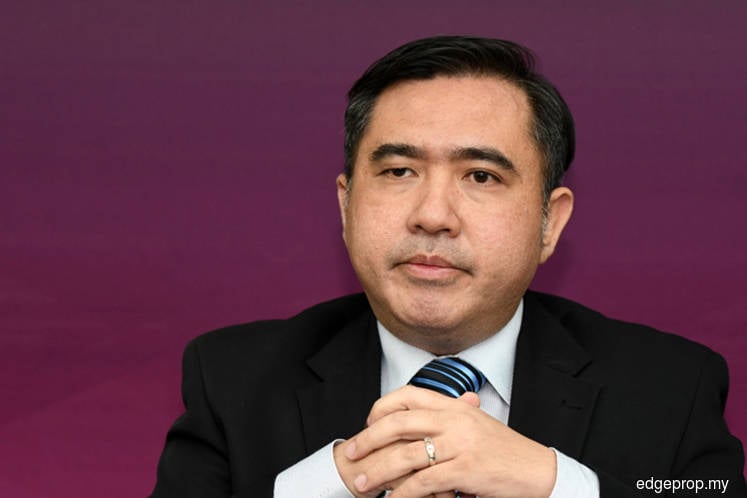 SERENDAH (Sept 3): Transport Minister Anthony Loke Siew Fook said today Malaysia's proposed passenger service charge (PSC) cut for international travellers flying beyond Asean from klia2 and other airports besides the Kuala Lumpur International Airport (KLIA) to RM50 from RM73 is "not temporary" because the Cabinet has decided on the matter.

Loke said the PSC formula is based on the current operating agreement (OA) between the government and Malaysia Airports Holdings Bhd (MAHB).

"It is not temporary. When it (PSC cut) was announced by the government, it should not be disputed as we made this decision at Cabinet level," he said at a press conference here today in conjunction with the launch of the Klang Valley Double Track (KDVT2) rehabilitation project.

On Friday (Aug 30), the theedgemarkets.com, quoting the Transport Ministry, reported that the Cabinet had decided on Thursday (Aug 29) to reduce the PSC.

It was reported that the lower charge is a bid to mitigate the imposition of the departure fee — which ranges from RM8 to RM150 per passenger, depending on the destination and seat class — on passengers leaving Malaysia and encourage the growth of the tourism sector.

At the press conference today, Loke said the PSC cut will not affect MAHB's earnings because the difference will be offset by the user fee that MAHB pays to the government.

"The moment we reduce the PSC for certain airports, klia2 (except KLIA) for international departures, whatever difference in terms of revenue will be offset through (lower) user fees," he said.

The Edge Financial Daily, quoting analysts, reported today the PSC cut should not be a reason to sell MAHB’s shares simply because the airport operator’s earnings will not be affected at all. It was reported that under the OA that it signed with the government 10 years ago, MAHB is entitled to a benchmark PSC.