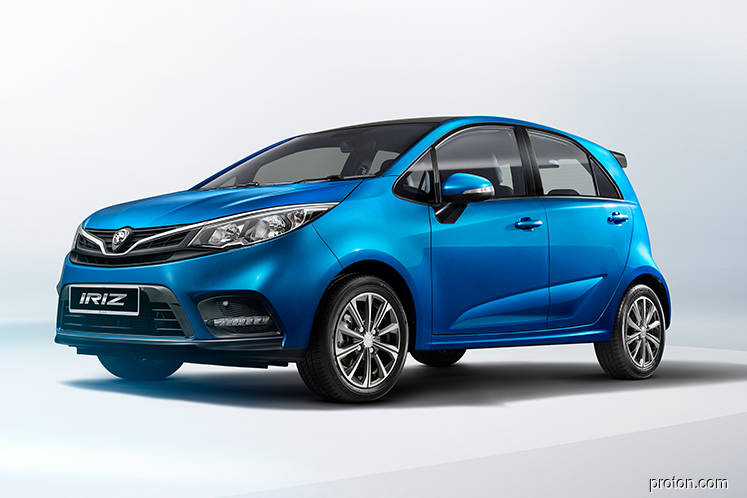 KUALA LUMPUR (Feb 1): Proton Holdings Bhd has unveiled the latest iteration of its B-segment Iriz, the first model of its current range to be updated after it announced its collaboration with Zhejiang Geely Holding Group Co Ltd (Geely).

Proton said in a statement today that the hatchback would be released later this year, and has been redesigned with a “sporty look” and has design elements that are common to its other models.

The car maker said the new Iriz would be equipped with a colour touch screen that it (Proton) and ECARX developed, offering features such as voice command functions.

It is the first time a B-segment hatchback from a national car maker has been included with such features, Proton said.

The front of the car now includes slimmer headlights that are integrated into the front grille, with the front bumper featuring a lower radiator grille shape and LED daytime running lamps (DRL).

The rear of the car now features the word “PROTON” instead of the group’s logo, alongside design features such a new bumper stripe, giving “a more stable and sporty stance, whilst adding character”.

The rear of the car also includes a shark fin antenna and new rotor blade design alloy wheels, it added.

Proton is 50.1%-owned by DRB-Hicom Bhd, while Geely holds the remainder 49.9% stake in the company, after it sealed the agreement to take up the stake in mid-2017.