Proton to treat third national car like any other competitor 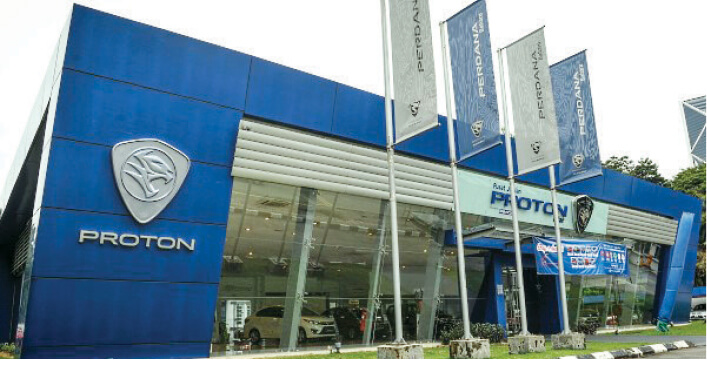 Proton remains focused on achieving its targets, including producing 400,000 units by 2027, and localising its product offerings for the different markets that it operates in. Photo by Bernama

KUALA LUMPUR: Should the proposed third national car materialise, national carmaker Proton Holdings Bhd intends to treat it as any other competitor.

In the interim, the carmaker remains focused on achieving its targets, including producing 400,000 units by 2027, and localising its product offerings for the different markets that it operates in. In other words, adopting the “right products for the right market” approach, a Proton official who declined to be named told The Edge Financial Daily yesterday.

“Proton is focused on competing at a regional level, thus the emergence of another automotive manufacturer — be it local or international — is something that we take in our stride,” he said in response to questions by the daily.

Just under half owned by China’s Zhejiang Geely Holding Group, Proton is attempting to remake itself into more of a global player under the direction of its new partner, and is looking to export markets to grow its market share.

“There is no way the Malaysian market can sustain one manufacturer selling 400,000 cars because our (the Malaysian automotive market) overall market size is 600,000 cars,” the official said.

On that front, the group recently entered Pakistan and made a re-entry into Egypt. Proton’s export sales expanded sixfold in 2018 and it is targeting to grow fivefold this year, he said.

Asked about the status of a feasibility study between Proton and Geely for the establishment of a sub-brand of Proton for the Chinese market, the official said that the study is still ongoing, and that Proton is “hopeful” of building and selling cars to the Chinese market in the future.

“Where would Proton sit in the hierarchy of brands in China? Geely obviously doesn’t want Proton to sell cars that would cannibalise its own market share, yet at the same time you can’t be too low because that affects your brand image,” he said in reference to the feasibility study signed during Prime Minister Tun Dr Mahathir Mohamad’s trip to Beijing last year.

He observed the company had to find the right balance before it could expand into China because of the prevalence of Chinese home-grown car manufacturers that also had agreements with international brands such as Mercedes, Volkswagen and BMW.

The official revealed as at last Monday, Proton had received 19,000 bookings for its new X70 sport utility vehicle, and that it plans to release updates on its Iriz, Persona, Exora and Saga models throughout the year, and to introduce a completely-knocked-down version of the X70 by the end of the year.

Improved revenue from better Proton sales lifted DRB-Hicom Bhd’s earnings in the third quarter ended Dec 31, 2018 with a net profit of RM73.02 million against a net loss of RM70.03 million a year ago. DRB-Hicom, which holds 51.1% stake in Proton, saw a 9.3% rise in revenue to RM3.17 billion from RM2.9 billion.