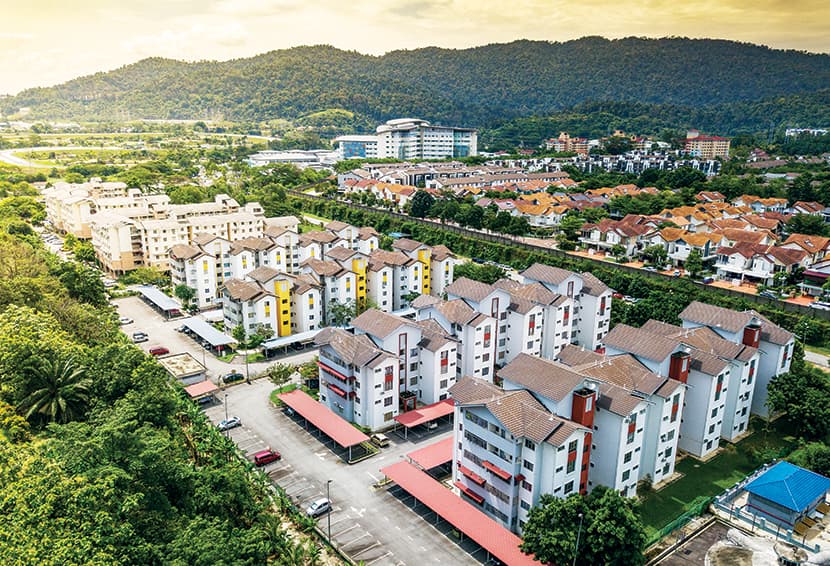 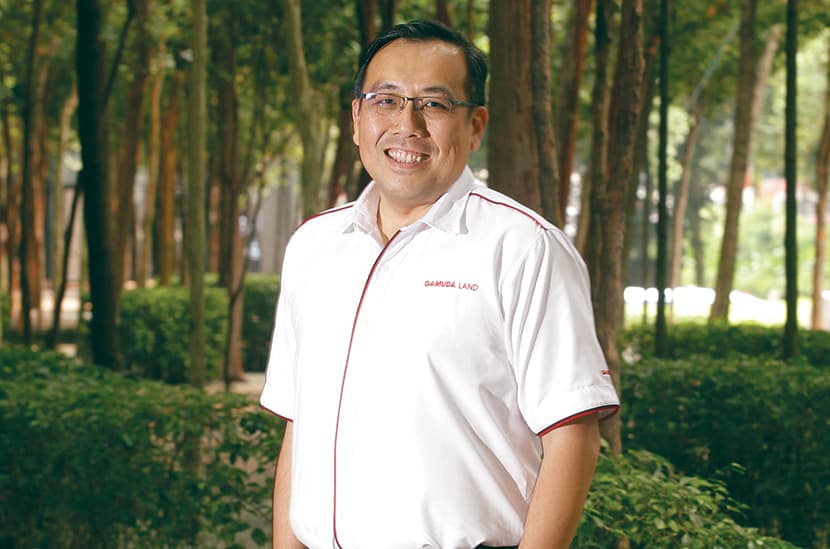 The success of the apartments can be attributed to the amenities around the development and its easy accessibility to various highways.” — Ng. Mohd Shahrin Yahya / The Edge 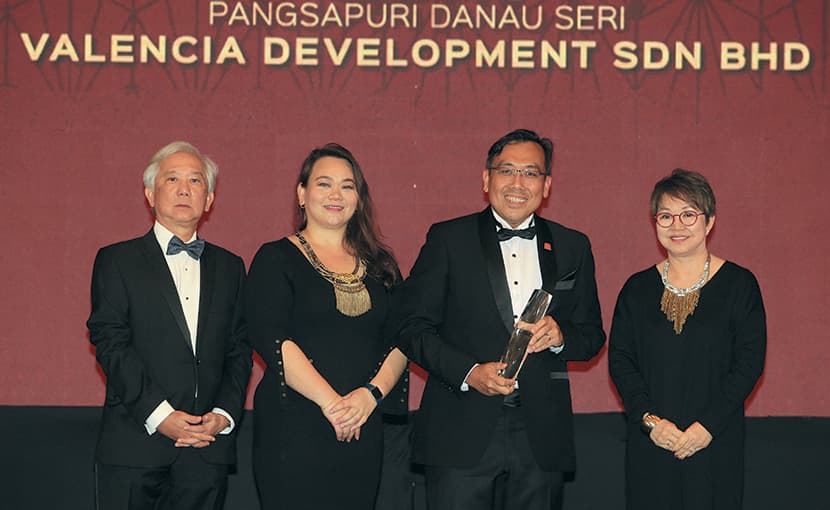 The apartments were completed in June 2013. Mohd Izwan Mohd Nazam / The Edge 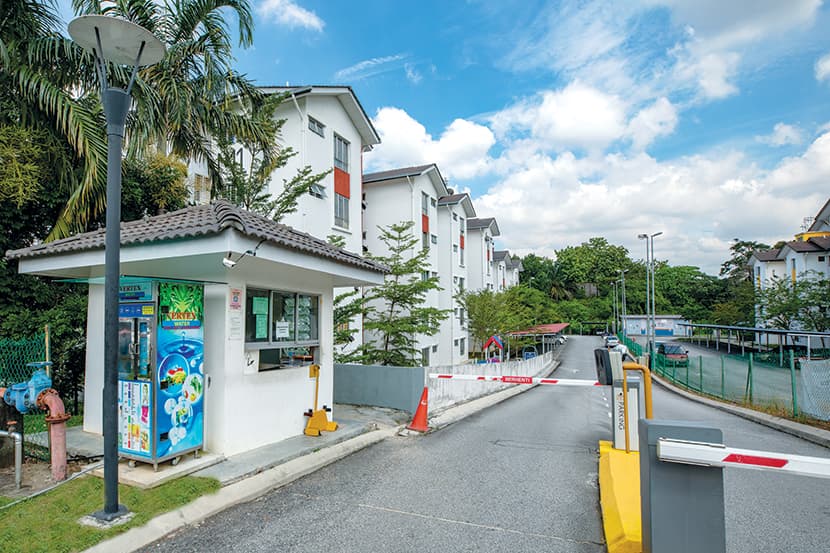 Pangsapuri Danau Seri has a 24-hour security guard service and a single entry and exit point. Picture by Gamuda 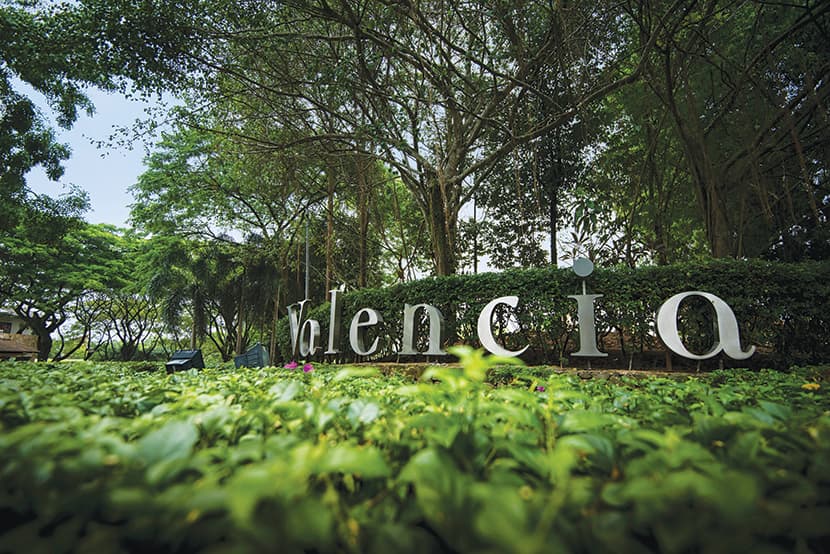 The Valencia brand has a strong foothold in the luxury segment. Picture by Gamuda

Developed by Gamuda Bhd (property division) from 2000 to 2018, Valencia has a gross development value of RM1.2 billion. There are 887 landed and 400 affordable homes in the township.

A gated-and-guarded development with a three-tier security system, perimeter fence and 24-hour CCTV surveillance, it is easily accessible via Lebuhraya Damansara-Puchong and the New Klang Valley Expressway, and is a short distance from the Sungai Buloh mass rapid transit and KTM stations.

While Gamuda is no stranger to The Edge Malaysia-PEPS Value Creation Excellence Award, this is the first time that it has won the award with a project in Valencia — the RM16.6 million Pangsapuri Danau Seri.

Last phase
Launched in January 2014, Pangsapuri Danau Seri is the last phase of Valencia. It has 112 apartments, with a built-up of 870 sq ft each, on a two-acre parcel.

Amenities include a children’s playground, community hall, surau, management office and covered car park. It has a 24-hour security guard service and a single entry and exit point.

The development was built under the build-then-sell concept, which allows purchasers to see what they are buying as well as move in immediately.

The apartments were completed in June 2013. The developer offered upgraded packages, which included covered parking bays and ceramic floor tiles, and these were completed in January 2014, before the official launch of the development in the same month.

According to general manager (finance) David Ng, Pangsapuri Danau Seri saw a good response due to the Valencia brand, which has a strong foothold in the luxury segment.

“Our target market were middle-income and young families. We managed to meet the 50% bumiputera quota within 10 months of the launch date, and hit 51%,” he says.

“The good sales could be credited to its prime location … Valencia has been mindfully planned with the right components to actively bring people together to the ‘village square’, a common ground that is surrounded by lush greenery. It provides people with the means to connect with friends and neighbours, with nature and with themselves.”

Three of the units were transacted on the secondary market within five months of the signing of the principle sales and purchase (S&P) agreement. One of them has been upgraded while the other two are basic units. The three units have seen a capital appreciation of 9%, 60% and 90% respectively.

The remaining two units have been upgraded and they were transacted on the secondary market one year and three years respectively after the signing of the principle S&P agreement. They have seen a capital appreciation of 50% and 64% respectively.

Ng says the development is currently 96% occupied, with a mix of owners and tenants. With monthly rents ranging from RM1,000 to RM1,500 and a purchase price of RM100,000, the development enjoys a yield of at least 8%, he adds. The monthly service charge is RM148.50, which includes the sinking fund.

With the current asking price of RM350,000, Ng says owners can still get a yield of 5%, which is higher than the fixed deposit rate.

“The new block of Sungai Buloh Hospital was completed in 2013 — almost the same time we completed Pangsapuri Danau Seri — and it is within walking distance of the apartments. There are continuous demand from the hospital staff as well as students of Institut Latihan Kementerian Kesihatan Malaysia,” he adds.

“The success of the apartments can be attributed to the amenities around the development and its easy accessibility to various highways. Also, Valencia gives the apartments a prime neighbourhood advantage that contributes greatly to their capital appreciation.”

Challenges
Ng says the main challenge the developer faced with Pangsapuri Danau Seri was building an affordable home development next to luxury homes.

“While Pangsapuri Danau Seri is designed to leverage the prime neighbourhood, we also took the other residents of Valencia into consideration. We built high walls and different entrances to separate the developments,” he explains.

“Thus, residents of Pangsapuri Danau Seri can enjoy the lush greenery at Valencia while the other residents are assured of their privacy and security.”

Besides building properties, Gamuda also focuses on developing ecosystems that are brimming with biodiversity at its developments. Adopting the idea of “listening to what the land has to tell us”, it delivers, implements, manages, maintains and safeguards the well-being of the living environment of the developments.

The developer established Gamuda Parks at various developments, including Valencia, last year. Underpinning Gamuda Parks are three pillars — Green (flora maintenance), Blue (waterscape) and Brown (material management) — to drive consistency and continued improvements to the implementation and maintenance of parks within its townships.

The group takes a deliberate approach to tree planting in Valencia and the latest biodiversity audit shows that close to 30% of the township is dedicated to lush greenery and water features. It has also recorded 46 species of fauna, including mammals, birds and herpetofauna, as well as a diverse and colourful medley of insects. Apart from that, it has classified 345 species from 95 flora families, such as ferns, herbaceous plants, shrubs and trees.

The ecosystem provides better air quality and environment that not only attracts different bird species but also serves as a natural indicator of a healthy environment to live in.

Ng expects the capital appreciation of Pangsapuri Danau Seri to be sustainable due firstly to the continuous demand for units from the hospital staff and students, and secondly to its surroundings.

“Valencia’s landscape will grow lusher and more beautiful, continuing to transform and sustain the place with better quality of life. Hence, there will be continuous capital appreciation for the properties there,” Ng remarks.