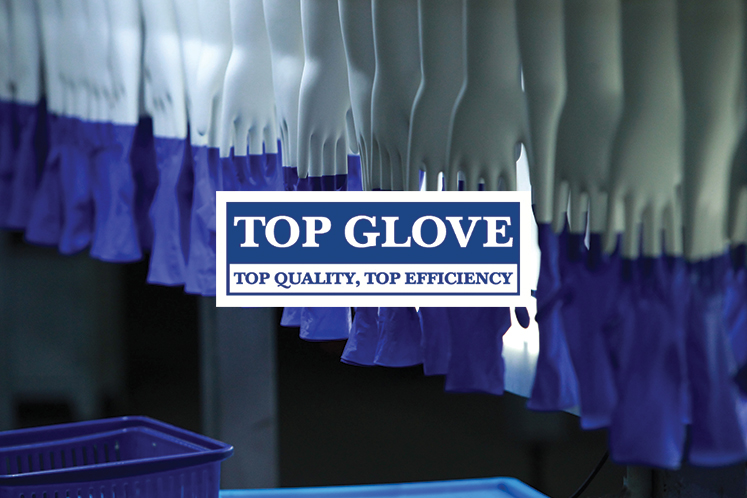 On top of the robust earnings growth, the group declared a final dividend of 8.5 sen per share, bringing the total dividend for FY20 of 11.8 sen.

But Top Glove’s share price slid downhill throughout the afternoon trading session, following the release of its strong quarterly earnings during lunch break. The selldown was considerably heavy, with the stock falling almost 12% from the day’s peak of RM8.82. Trading volume swelled to 198.9 million shares, making it the third most actively traded counter on Bursa Malaysia.

"This is a considerably good performance, making RM1 billion in a single quarter during such tough times,” said a fund manager who attributed the selldown to profit taking, especially among retail investors.

Earnings growth aside, another fund manager highlighted Top Glove’s strong cash-rich balance sheet, with a cash pile that has ballooned to RM1.2 billion as at Aug 31, compared with RM347.8 million as at May 31. The group’s total borrowings amounted to RM540.7 million.

Some quarters believe that short-term traders, who bought at the recent trough at around RM6.50-level, are selling on strength to lock in profit as they rode on the positive news of Top Glove’s record high quarterly and annual profits.

The fall in share price has pulled Top Glove down to being the third highest market-capitalisation stock on Bursa Malaysia as its market cap shrank to RM63.39 billion, behind Public Bank Bhd, whose market cap is marginally higher at RM64.05 billion, and Malayan Banking Bhd, with a market cap of RM82.84 billion.

Top Glove’s fall dragged the FBM KLCI even lower in the afternoon session. The benchmark index shed 18.2 points or 1.2% to settle at 1,513.07 points.

The rubber glove giant's quarterly net profit of RM1.29 billion for 4QFY20 is about 18 times the RM74.17 million it posted in the corresponding quarter last year, while revenue skyrocketed by 161% to RM3.11 billion from RM1.19 billion.

It has declared a final dividend of 8.5 sen, bringing FY20 total dividend payout to 11.8 sen per share, representing a payout ratio of 51% of annual profit.

The strong fourth quarter performance lifted Top Glove’s annual net profit to RM1.87 billion — the highest ever achieved by the world’s largest glove manufacturer. This is a 412% jump from its FY19's RM364.68 million, as annual revenue leapt 50.7% to RM7.24 billion from RM4.8 billion.

Top Glove attributed the stellar set of earnings to the surge in demand for rubber gloves following the COVID-19 pandemic, as well as productivity enhancements that made it more efficient, with superior economies of scale reached.