Pressure on AirAsia could be cushioned by domestic travel 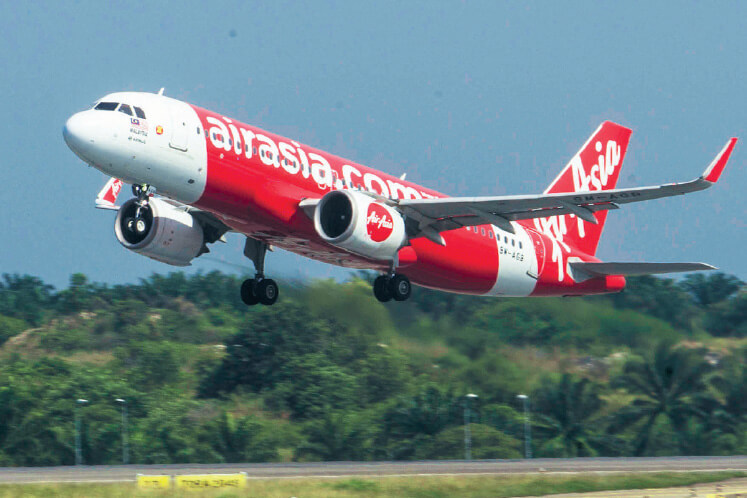 AirAsia could redeploy its aircraft for domestic routes especially during festive periods such as Hari Raya Aidilfitri, provided Covid-19 fears have waned by then. (The Edge file photo)

AirAsia Group Bhd
(March 17, 62.5 sen)
Maintain neutral with a lower target price of 63 sen: AirAsia Indonesia and AirAsia India were the darlings of AirAsia Group Bhd. However, rising Covid-19 cases outside China and wider travel bans by countries such as India will exert additional pressure on AirAsia. Perhaps domestic travel in Malaysia could cushion these challenging times.

On Monday, the Malaysian government decided to implement the Movement Control Order from today to March 31.

The Movement Control covers, among others, restricting entry of all Malaysians travelling abroad and also all foreign visitors travelling into the country.

With the Movement Control in place, we expect a further decline in international passenger traffic amid restrictions on outbound travel for locals and inbound travel for foreigners over 14 days.

Based on our preliminary analysis, the drop in total passenger traffic for klia2 could reach more than 30% year-on-year for March 2020. As a result, our total passengers carried forecast for the financial year ending Dec 31, 2020 (FY20) are lowered by about 19%.

We understand that domestic flights are subject to airlines’ schedules as airports, along with essential services, remain open during the 14-day period.

Aside from that, the stimulus package announced by the Malaysia government covering domestic tourism will partially support domestic travel. Therefore, we are not discounting the possibility of AirAsia redeploying its aircraft for domestic routes especially during festive periods such as Hari Raya Aidilfitri, provided Covid-19 fears have waned by then.