IT isn’t every day that we come across a brilliant person set on the course of changing history flanked by a partner of equal brilliance. In fact, it has only happened a handful of times over the centuries, and they are best remembered for not only being powerful in their own right, but together with their spouses. In conjunction with Valentine’s Day, live it! finds five historical “power couples” who changed the world forever: 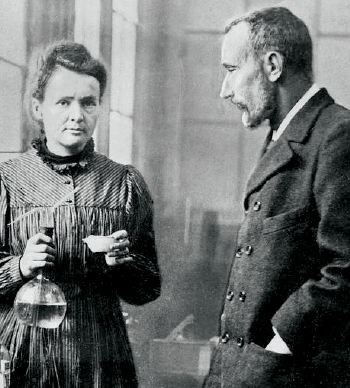 Marie and Pierre Curie
In 1911, Marie Curie won her second Nobel Prize, which followed her first in 1903. One in chemistry and another in physics, Marie became not only the first woman in history to win a Nobel prize, but also the first person ever to win two of them, and in multiple sciences! Her work in radioactivity has shaped our world today in so many unimaginable ways — from X-rays to nuclear power. She discovered two new elements, radium and polonium, which are today used in medicine, space probes, and antistatic devices.

What is less known, though, perhaps owing to being outshined by his immensely famous wife is that her husband, Pierre was also a brilliant scientist in his own right, and even shared Marie’s Nobel Prize in physics in 1903. He was a pioneer in magnetism, crystallography and piezoelectricity and won several other awards for his contribution to science. Together, Marie and Pierre dominated their fields in the early 1900s, during an era when most working women were frowned upon, much less celebrated for their intelligence and work in their respective fields.

How they met: A biography website says that Polish Manya Sklodowska met Pierre Curie, a professor in a school of physics in 1894, when she was looking for laboratories. They were married the following year. 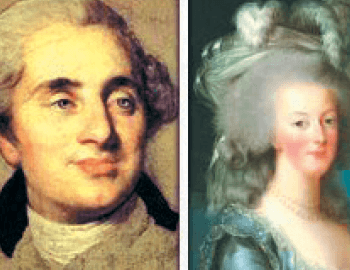 Louis XVI and Marie Antoinette
Born into a life of opulence and grandeur, Maria Antonia was destined for greatness. When she — an Archduchess of Austria — married King Louis XVI of France, she was given a French name that would be forever etched in the memories of people for centuries to come — Marie Antoinette. Together, the couple charmed the French people with their beauty, although this did not last long.

Soon, the French people found themselves in financial debt and Marie Antoinette became an easy target for their anger as they saw her lavish spending as the cause of their misery. She and her husband were subsequently executed during the French Revolution, and hundreds, if not thousands of works — movies, books, documentaries, paintings and songs — have been inspired by their tragic lives.

How they met: It was no love story between them as Marie Antonia, the daughter of Austria Empress Maria Teresa, was selected to marry King Louis XVI. In fact, Marie Antoinette was said to be in love with Swedish soldier Axel von Fersen 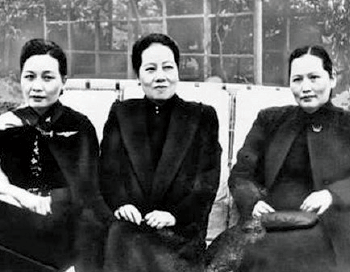 Soong sisters and their husbands
During the turn of the 20th century, three sisters from China emerged as the most powerful, well-known women in China. Together with their husbands — all powerful political figures in their own right — they changed the course of Chinese history and their legacy remains today in the form of the Republic of China (Taiwan) and the People’s Republic of China.

The oldest sister, Soong Ai-Ling married the richest man in the country and the finance minister of China, HH Kung; the second sister Ching-Ling was married to Sun Yat-sen, the father of modern China and the first president of China; while the youngest sister May-Ling was married to Chiang Kai-shek, the commander-in-chief of the Chinese armies and later the president of the Republic of China (Taiwan).

The three sisters were born to Charlie Soong, a millionaire in his own right. He had the three girls educated in the US, where they forged connections with the rich and influential, such as the Roosevelts, and graced the tabloids and covers of Time magazine. 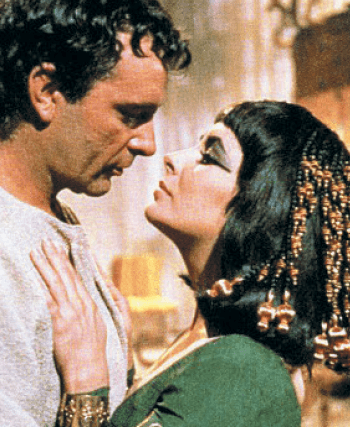 Antony and Cleopatra
So famous was this couple that Shakespeare wrote an entire play based on their relationship, immortalising them. Cleopatra was born a member of the Ptolemaic dynasty while Mark Antony was a Roman politician and general who was the military commander for Julius Caesar. When Caesar was assassinated in 44BC, Cleopatra and Antony joined forces to oppose Caesar’s legal heir, Augustus.

Together, Antony and Cleopatra had three children and were successful in the conquest of Armenia, and became the rulers of Egypt, Cyprus, Media, Libya, Parthia, Phoenicia, Syria and Cicilia.  After Antony and Cleopatra lost the Battle of Actium to Octavian’s forces, they committed suicide together and their memory now survives in numerous works of art, literature, movies, films, plays and operas.

How they met: Back in 41 BC, Antony was on the lookout for someone to fund his military campaign in the Parthian Empire. That led to Cleopatra — Egyptian ruler and the richest woman in the world. Reclined on the deck of her flower-and-perfume-filled barge journeying from Egypt to Tarsus, Cleopatra  successfully seduced Antony. 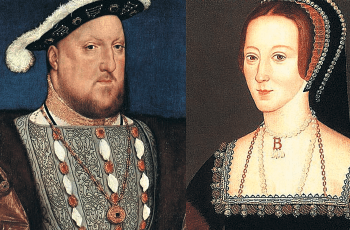 Anne Boleyn and Henry VIII
England’s King Henry VIII was not only famous for his six marriages, but also for causing a scandal in the Christian world for wanting to marry Anne Boleyn although he was already married to Catherine of Aragon. When his request for an annulment was refused by the Roman Catholic Church, he decided to create his own church instead, and thus the Church of England was born.

Anne was a powerful figure in Henry’s life — she purportedly refused to play a submissive role, as her powers of intellect were considerable, and so she became opinionated even in public.

Although the two were briefly happy, Henry soon grew tired of Anne’s temper and unwillingness to abide by his wishes.

As we all know from history, this ended with Anne’s grisly beheading on charges of adultery, incest and plotting to murder the King at the Tower of London, which was followed by Henry’s subsequent marriage to his third wife, Jane Seymour.

Unforgotten by history, Anne’s daughter Elizabeth became England’s Queen Elizabeth I who is today fondly remembered for being The Virgin Queen — a strong, independent woman with intelligence and wit, who brought about a period of prosperity and the flourishing of the arts.

The Elizabethan era, as it is known today is famous for producing playwrights William Shakespeare and Christopher Marlowe, and the seafarer of Francis Drake.

How they met: Anne was appointed as lady-in-waiting to Henry VIII’s wife Catherine of Aragon and had caught the attention of King Henry, who had possibly intended for her to become his mistress. A biography on tudorhistory.org writes that it evolved into “Queen or nothing” for Anne.

This article first appeared in The Edge Financial Daily, on February 11, 2015.