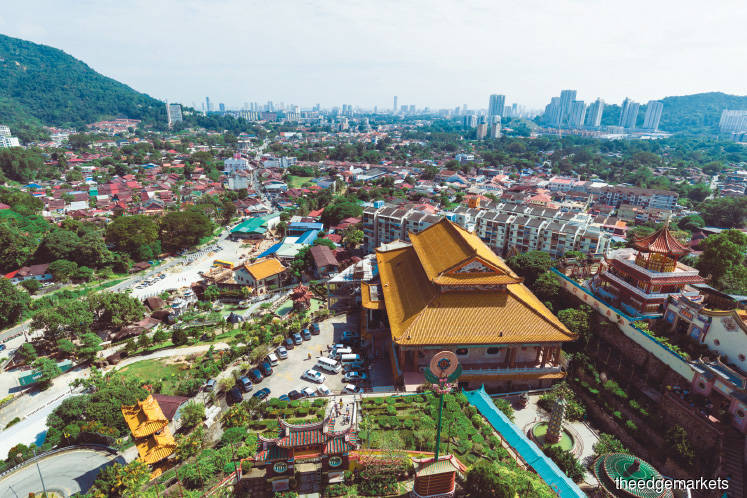 More foreigners, especially from Hong Kong, are coming to Penang to purchase properties Geh: We have noticed more new warehousing and logistics companies taking positions near Penang International Airport and also on the mainland in the past year. Photo by Abdul Ghani Ismail/The Edge

Positive news flow and long-awaited projects getting conditional approvals are expected to lift the Penang property market. A further boost will come from government-led efforts to promote home ownership.  These include the Home Ownership Campaign, extension of the approval fee waiver period for property transactions by foreigners and allowing 40% of affordable homes to be sold on the open market.

Among the state-initiated, multibillion-ringgit infrastructure projects is the the Penang South Reclamation Scheme, which will feature three man-made islands — Islands A, B and C. Measuring a total of 1,821ha, the islands are to be reclaimed off the southern coast of the main island.

Another massive project is the Penang Transport Master Plan, which will feature an undersea tunnel linking the island to the mainland, highways, light rail transit (LRT), monorail and extensive bus connectivity on the island as well as the mainland.

In July, the Land Public Transport Agency set 30 conditions for the much-debated LRT project. The 29.5km rail line will connect Komtar to the Penang International Airport as well as the three man-made islands.

The Penang government began a three-month public inspection process of the LRT plans on Aug 19, which will allow people to obtain information about the project and provide feedback.

“At the same time, we have noticed more new warehousing and logistics companies taking positions near Penang International Airport and also on the mainland in the past year. The market is positive for industrial and residential units,” Geh says.

However, Economic Affairs Minister Datuk Seri Mohamed Azmin Ali was recently quoted as saying the government was studying proposals to build a cargo airport in Kulim instead of a commercial service air hub. A 600ha tract in Sidam Kiri has been set aside and RM1.6 billion in funds allocated for the project.

Earlier this year, it was reported that Kedah was set to become an aviation and aerospace hub with the establishment of the Aeropolis and Aerospace Hub at the Sultan Abdul Halim Airport in Kepala Batas.

These facilities will be used for the final assembly of China’s Avic Harbin Y12 twin-engine turboprop aircraft and as the maintenance, repair and overhaul centre for the Avic Harbin A312E Helicopter.

“I think another airport in the north can bring in more cargo and activities and stimulate the economy in the north, so I don’t see negative impact in general,” he says.

There was more good news for the Penang property market in 2Q2019, with the latest statistics from the National Property Information Centre (Napic) showing that the residential overhang dipped to 3,502 units last year from 3,916 units the previous year.

The overhang is defined as completed units that remain unsold nine months after their launch as well as after the issuance of their certificate of fitness.

Geh also sees more foreigners, especially from Hong Kong, coming to Penang to purchase properties. The extension of the approval fee waiver period, offshore marketing by developers and the Malaysia My Second Home (MM2H) programme have helped encourage the trend.

While the Penang government now allows 40% of affordable houses to be sold on the open market, with half made available to non-Penangite registered voters who work in the state, Geh highlights one issue raised by developers.

“For the remaining affordable homes, developers have to wait for the state to give them a list of qualified buyers and some are lamenting that the process is slow and the list outdated,” he says.

The Penang Housing property monitor 2Q2019 shows that performance was flat quarter on quarter with no movement in housing prices and rents in the housing schemes sampled. Geh reckons one reason is because these schemes are mostly in mature areas.