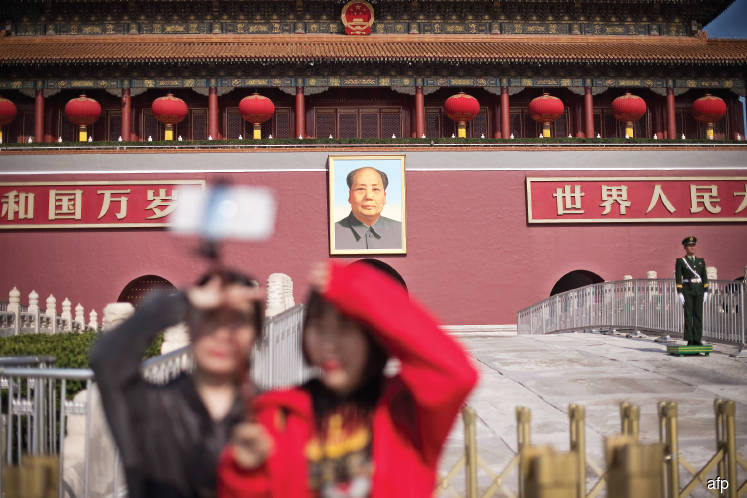 Will the prime minister bring back more good news from his trip to Beijing?

TUN Dr Mahathir Mohamad will arrive in Beijing on Wednesday to attend the Belt and Road (B&R) Forum on April 27 and 28.

A slew of positive news will help smoothen the way for the prime minister’s second visit to China since the historic change of government on May 9 last year.

To recap, Najib abruptly pulled the brakes on the deal for TRX City Sdn Bhd, a former subsidiary of 1Malaysia Development Bhd (1MDB) then, to divest its 60% equity stake to IWH-CREC Sdn Bhd on May 3, 2017. It happened a few weeks before he left for the B&R Forum. That resulted in the abortion of the massive development at the former airforce base near Sungai Besi.

Speculation was rife that the deal had been scuttled because Najib was advised that there were interested parties with deeper pockets that wanted to participate in the development. China-based Dalian Wanda Group Co Ltd was one name that was mentioned. Obviously, nothing has materialised.

Back to the present, last Thursday, Chinese Ambassador to Malaysia Bai Tian told the media that China was always ready to restart its search for fugitive businessman Low Taek Jho, better known as Jho Low, if there is new information.

Low is the central to the 1Malaysia Development Bhd (1MDB) scandal that has put Najib in the accused dock of the High Court. Low was mentioned on the fourth day of Najib’s trial last week over the misappropriation of funds in SRC International Sdn Bhd, a former subsidiary of 1MDB.

Najib’s lawyer, Tan Sri Muhammad Shafee Abdullah, has claimed that the former prime minister was the victim of a conspiracy of “Jho Low and gang”. (See story on page 52)

Bai acknowledged that the Chinese government had made efforts to locate Low upon the request of the Malaysian government, but had failed.

During his trip to China in August last year, Mahathir had mentioned that he had been invited by China’s President Xi Jinping to attend the B&R Forum.

Back then, many doubted that the 93-year-old premier would make another trip to China so soon. Before he headed home, Mahathir had told Malaysian media that the government had decided to cancel three projects in which Chinese state-owned enterprises were involved, after discussions with Chinese leaders. These were the ECRL, the multi-product pipeline project in Melaka and gas pipeline project in Sabah. The reason given was that the government could not afford them given its fiscal position.

Mahathir had said that because of the stupidity of the previous government, there is no exit clause in the agreement between Malaysia Rail Link Sdn Bhd and China Communications Construction Co Ltd (CCCC). The government, he added, had to negotiate with the Chinese on the quantum of the compensation and hoped it would not be an exorbitant sum.

The prime minister was roundly criticised when he returned from Beijing, with some of his detractors calling the five-day trip a failure. Not surprisingly, opposition parties accused him of jeopardising Sino-Malaysia ties of 45 years, which started during the time of former prime minister Tun Abdul Razak. This, they said, would dim the country’s economic prospects as China, with its 1.4 billion population, is now a super power and the world’s largest consumer of many goods, including edible oil, musang king durian and natural resources.

Now, the government has revived the ECRL and Bandar Malaysia. The cost of the rail project has been slashed by RM21.5 billion to RM44 billion after a change of alignment. More importantly, a 50:50 joint venture will be formed to operate the rail link, and CCCC will help to shoulder the operation risks and losses.

For Bandar Malaysia, IWH-CREC Sdn Bhd is committed to make an advance payment of RM1.24 billion in two months.

IWH-CREC will acquire a 60% stake in Bandar Malaysia Sdn Bhd, which is wholly owned by the Ministry of Finance, for RM7.41 billion. It will be the master developer.

The commencement of the Bandar Malaysia project has raised concern that it will worsen the property glut in the Klang Valley.

It won’t be a surprise if the opposition slams the Pakatan Harapan government for making a U-turn on its decisions, even it had previously condemned the cancellation of the projects.

Given the latest developments, the diplomatic relationship between Malaysia and China is expected to warm up to some extent compared to during Mahathir’s first official visit eight months ago.

Some readers may recall that in November last year the Chinese president visited the Philippines and met Indonesian President Joko Widodo at the Asia-Pacific Economic Cooperation meeting in Papua New Guinea.  He also made an official visit to Singapore in the same month, but did not cross the Causeway.

Xi’s recent trips in Asean could be an indication of the Sino-Malaysia relationship then.

The leaders of the two countries will meet for the second time in Beijing. Will Mahathir bring back even more good news? Oil palm planters are among those who are keeping their fingers crossed.