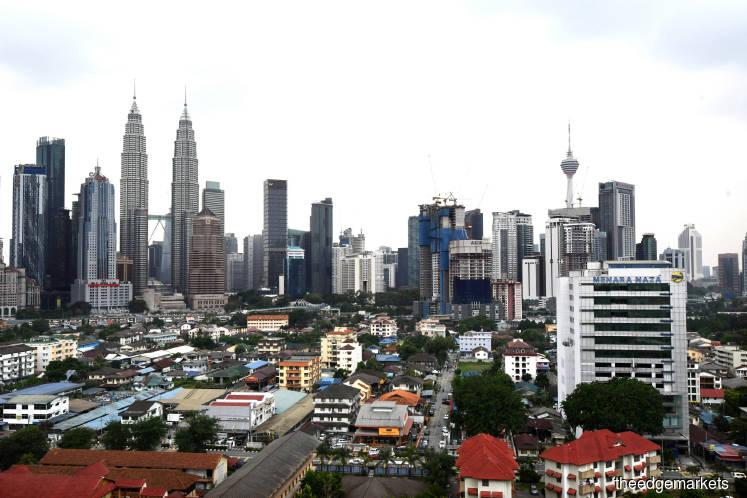 IT is unfair of Datuk Seri Najib Razak to question the government’s valuation of the land in Kampung Baru and compare it with the land value in the nearby Golden Triangle in Kuala Lumpur.

The former prime minister knows the real story of this Malay reserve land in the heart of the city and its setbacks past and present despite the commercial value it carries due to its location within the city’s main business centre.

Being a Malay reserve enclave with the land status of an agricultural settlement, there are many restrictions that put real estate there at a disadvantage compared with property on the open market that has a leasehold or freehold status. In short, there are things that can be done in other areas that cannot be carried out on Malay reserve land. For example, the ownership of land, houses and buildings must remain in the hands of the community, which translates into a market situation where the land value is much less than that of non-Malay reserve areas.

That is why Najib was not being fair when he questioned the government’s valuation of RM850 psf when Kampung Baru is close to the Petronas Twin Towers — still the tallest twin towers in the world — where the land value is as much as RM3,000 psf.

Najib’s comment, despite his knowing the facts, invites comparison with his own attempt to uplift the area. When he was prime minister, his biggest contribution to the redevelopment of Kampung Baru was a RM20 million grant from the 1MDB investment fund for the construction of a new mosque to replace Masjid Jamek.

But to be fair to Najib, previous Barisan Nasional administrations under the leadership of Tun Dr Mahathir Mohamad and Tun Abdullah Badawi had also tried to redevelop Kampung Baru. They failed too despite all the plans drawn up and discussions held with the residents and other stakeholders.

Speaking of the land value, the best offer to the residents then was RM300 psf. It was no surprise that they spurned it.

Being born and bred in Kampung Baru, I know that there were many problems left unresolved when the BN government tried to redevelop the area, and many questions raised by residents and landowners that were not answered.

So, now, we have this offer from the Pakatan Harapan (PH) government, which could see the landowners getting as much as RM6 million each, according to media reports. To me, that’s a good deal — the best to date.

A recent report by Malay Mail Online said the resistance to redevelopment is mainly about money. This was based on the sentiments of the residents during a town hall session with Federal Territories Minister Khalid Samad a few weeks ago.

Some residents want a higher value for their land, which, I would say, comes from their desire for a bigger gain. Others are being instigated to ask for more. The demand for more money, while understandable, has put the residents in a bad light as they have been accused of being greedy and of obstructing development.

Worse still, there are people, including outsiders, who are playing the racial card, claiming that if the area were to be commercialised, most of the properties would end up in the hands of the rich, including the Chinese. However, this will be impossible if the enclave retains its Malay reserve status.

Instigators or no, it would be good for Khalid to pay heed to the many problems that must be ironed to get the redevelopment plan going. The PH government must not make the same mistakes as the BN government. Multiple land ownership and titles, including owners who cannot be traced, is one problem that needs to be sorted out. This issue has been a persistent hindrance in past development plans.

Some cite the redevelopment of other Malay settlements in the city, such as Kampung Kerinci and Kampung Abdullah Hukum in Bangsar, which have lost their Malay character. Apart from that, they say, many of the properties in these new commercial and residential areas are beyond what most Malays can afford.

That is why there are people campaigning for Kampung Baru folks to defend their land as if it were the community’s last bastion in Kuala Lumpur.

I am sure the PH government will try to work out a balanced solution in pursuing the redevelopment plan, but it will be a gigantic task for sure.